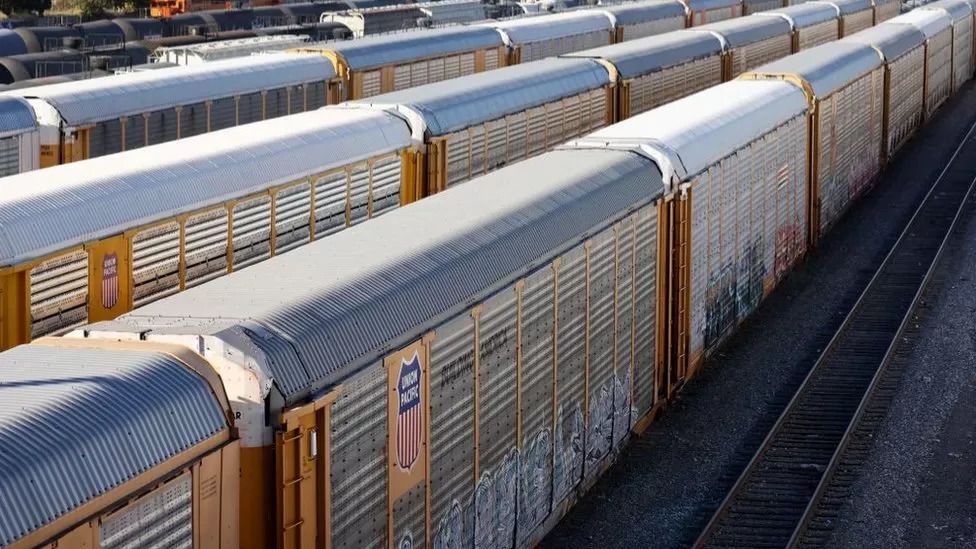 US rail strike 2022: What would be affected if it happens?

President Joe Biden has said the government must step in to prevent a possible strike by railroad workers in the US.

The labour stoppage, which could happen as soon as 9 December, would be the first in the US in decades and analysts say it would cripple the US economy if it proved long lasting.

What would be affected by a rail strike?

The workers who would go on strike work for freight rail companies, such as Berkshire Hathaway's BNSF and Union Pacific.

They carry about 40% of the country's freight each year - vital goods including shipments of grain and other crops; chemicals such as fertiliser; three-quarters of new cars; roughly 70% of the country's coal and 30% of packaged food; as well as thousands of other products destined for store shelves.

If workers walk out, that would knock roughly 7,000 freight trains per day out of service, wreaking havoc on supply chains across the country - driving up prices and causing a political mess just before Christmas.

For months, business groups have been calling on the government to prevent a strike, warning of economic calamity.

The Association of American Railroads, which represents the industry, estimates that the country would need more than 460,000 trucks per day to handle the goods affected - a logistical impossibility.

It says the impact would amount to $2bn (£1.66bn) in lost output a day, as ports and other transport options feel the knock-on effects.

In a report this fall, Goldman Sachs analysts said a strike of a few days would affect only about 3% of overall economic activity and have limited wider economic impact. But if it were prolonged, they warned it "would have a substantially greater economic effect", as companies are forced to slow production to deal with missing supplies or at-capacity storage.

Why is this happening?

Many railroad workers are unhappy about attendance policies that have been introduced in recent years, which they say make it difficult to take unplanned time off for issues like illness.

The 12 unions and major rail companies spent more than two years trying to negotiate a new contract before turning to the government earlier this year to try to broker a compromise deal for the more than 100,000 workers involved.

US President Joe Biden announced a deal in September, guaranteeing an additional day of personal leave and 24% pay rise over the years of the contract, which covers 2020 to 2024, among other benefits. 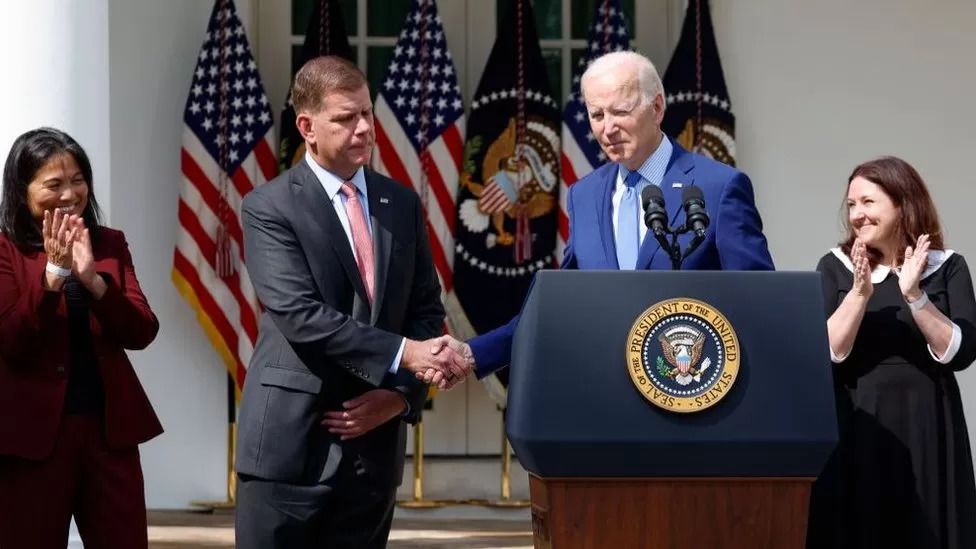 Members of eight unions voted to ratify the deal. But in recent weeks, workers at four of some of the biggest labour groups have rejected it, saying the agreement did not address their fundamental concerns about issues like paid sick leave.

The unions have said they would all walk off the job together, in the event of a strike.

Would a rail strike affect Amtrak?

Amtrak and many local commuter rail routes run at least partially on tracks maintained by the railroads, so although the walkout threatens freight companies, it would have wider impact.

In September the threat of a work stoppage prompted Amtrak to cancel long distance routes.

Amtrak boss Stephen Gardner said Tuesday that a "shutdown would affect Amtrak's service across the nation" and urged Congress to act "well before" the 9 December deadline to minimise the impact.

Is a strike likely?

Congress, which has authority over inter-state commerce, has intervened in railroad labour negotiations 18 times since 1926, when the US passed a law regulating rail labour bargaining, according to the US Chamber of Commerce,

The last rail strike in the US, in 1992, lasted less than four days before the government put a stop to it.

Most people are expecting a strike to be avoided again this time. 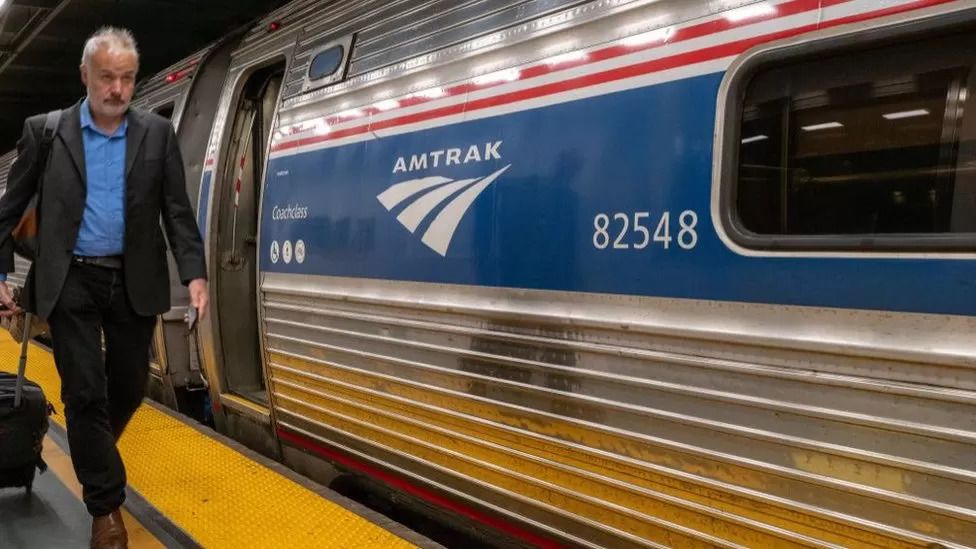 This week, President Biden asked Congress to use its power to force unions to accept the deal announced in September, saying the two sides appeared unable to reach an agreement. He warned that a rail shutdown would devastate the economy.

"As a proud pro-labour President, I am reluctant to override the ratification procedures and the views of those who voted against the agreement," he said. "But in this case - where the economic impact of a shutdown would hurt millions of other working people and families - I believe Congress must use its powers to adopt this deal."

The top Democrat in the House, Nancy Pelosi, has promised to deliver legislation by Friday, which would move the issue to the Senate, where Democrats have an even narrower majority.