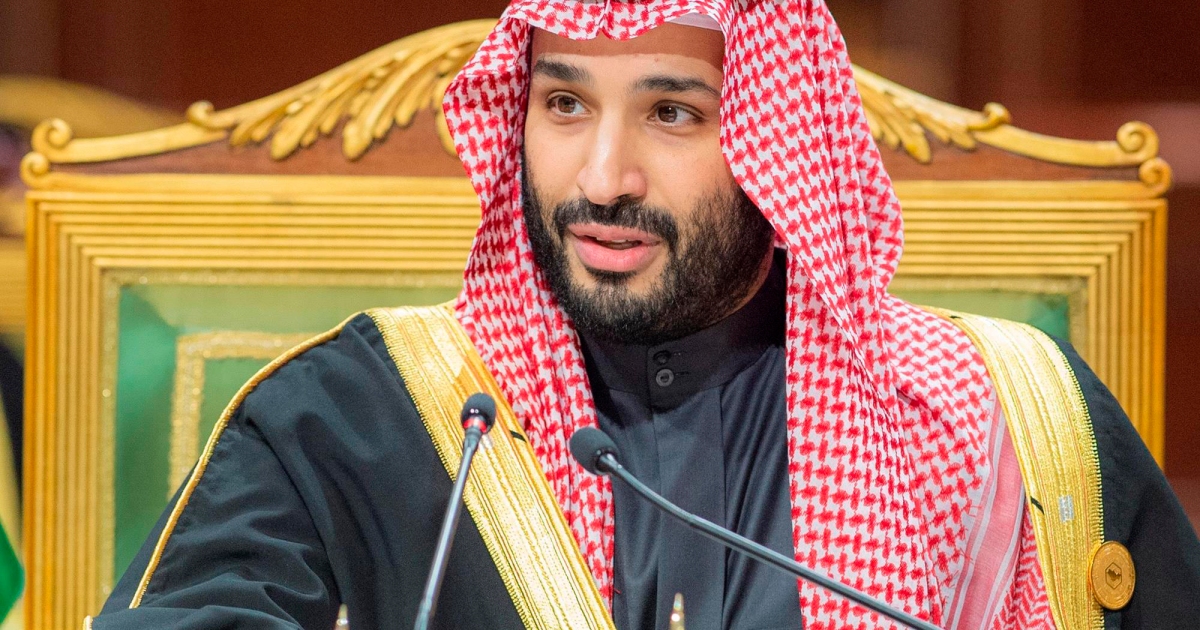 In shift, Biden will reportedly meet with Crown Prince Mohammed bin Salman as US seeks replacement to Russian oil.

United States President Joe Biden is set to visit Saudi Arabia in the coming weeks amid a larger shift in tone towards the kingdom, according to multiple US media reports.

On Friday, Biden said he has “no direct plans” to go to the kingdom for now, but he did not rule out the visit.

The trip would signal the most distinct departure to date from the Biden administration’s pledges to “recalibrate” ties with longtime ally Saudi Arabia for alleged human rights abuses. Biden called the country a “pariah” in 2019.

News of the visit comes as Washington has increasingly turned to Riyadh and other major fossil fuel producing countries in an effort to replace Russian oil and stabilise global markets following the invasion of Ukraine.

There are concerns that high prices at the gas pump could hurt Biden’s Democratic party in the upcoming midterm elections, in which it will fight to maintain majorities in the US House of Representatives and Senate.

The reported trip will be added to a planned visit to Israel and Europe in June, unnamed US officials told multiple outlets, although details were still being hammered out.

Biden is also set to meet with Crown Prince Mohammed bin Salman (MBS) during the visit, according to multiple reports.

In 2021, a US intelligence report directly implicated MBS in the 2018 killing and dismemberment of journalist Jamal Khashoggi. Riyadh has rejected the findings.

In the wake of the report, Washington indicated that Biden would not be dealing with MBS directly going forward, as his predecessor, former President Donald Trump, had done, but would only engage directly with his counterpart, King Salman.

Prior to taking office, Biden had said in a 2019 debate that as president he would make Saudi Arabia “pay the price” for Khashoggi’s killing, “and make them in fact the pariah that they are”.

The White House has struck a distinctly different tone in recent months, with White House Press Secretary Karine Jean-Pierre on Thursday praising “the leadership of King Salman and the crown prince of Saudi Arabia” in the extension of a truce between warring sides in Yemen.

For his part, Biden said on Friday that while he has not changed his views on human rights, his job is to “bring peace” where possible. He did not confirm or deny reports of the possible upcoming visit to the kingdom.

“There is a possibility that I would be going to meet with both the Israelis and some Arab countries at the time, including I expect.. Saudi Arabia would be included in that if I did go, but I have no direct plans at the moment,” he told reporters.

Asked whether he is willing to meet MBS, he said: “We’re getting way ahead of ourselves here. What I want to do is see to it that we diminish the likelihood that there’s a continuation of some of these senseless wars between Israel and the Arab nations. That’s my focus.”

Biden’s comments signal that he may be pushing to expand normalisation accords between Israel and United Arab Emirates, Bahrain, Sudan and Morocco, which Palestinian leaders have rejected as a “stab in the back” to the Palestinian cause.

Recent years have seen de-facto rapprochement between Israel and Saudi Arabia as both countries found a common archenemy in Iran. The kingdom has allowed some Israeli flights to use its airspace en route to the UAE, which is deepening commercial and diplomatic ties with Israel.

Saudi officials have repeatedly voiced commitment to the Arab peace initiative, which states that Arab countries would normalise ties with Israel in exchange for establishing a sovereign Palestinian state and finding a “just settlement” for Palestinian refugees forcibly displaced ahead of the establishment of Israel in 1948.

Oil production will likely also be included in any talks between Biden and Saudi officials.

In a statement on Thursday, Jean-Pierre acknowledged Saudi Arabia’s role in “achieving consensus” within OPEC+ following the bloc’s announcement it will pump more oil amid skyrocketing energy costs around the world.

On Thursday, Human Rights Watch Program Director Sari Bashi said the visit makes “a mockery of a commitment to make human rights a pillar of US foreign policy”.

A day earlier, US Secretary of State Antony Blinken, speaking to a Washington audience, defended the Biden administration’s approach.

He said Biden’s intent coming into office was to “recalibrate the relationship with Saudi Arabia and to make sure that that relationship was serving our own interests as well as our values as we move forward – but also preserving it”.

US officials were recently in the region for talks with Saudi officials about energy supplies, Biden administration efforts to revive the Iran nuclear deal, and the war in Yemen.