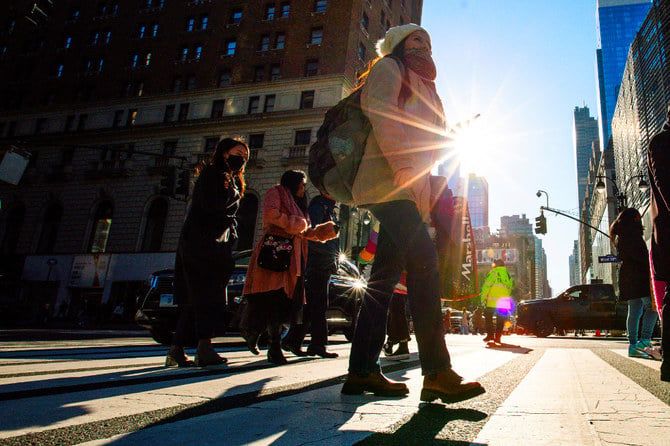 US population growth inches higher in 2022, driven by immigration

The population of the United States accelerated in 2022 from its slowest rate on record, driven by net international immigration, as growth began to recover from a slowdown triggered by the COVID-19 pandemic, the US Census Bureau said on Thursday.
The country’s population expanded 0.4 percent this year to 333.3 million after nearly stagnating at 0.1 percent in 2021 when the coronavirus exacerbated a trend of more subdued growth in prior years.

The year 2021 was the first time since 1937 that the US population grew by fewer than one million people, reflecting the lowest numeric growth since at least 1900, when the Census Bureau began annual population estimates.

Net international migration — the number of people moving in and out of the country — added about 1.01 million people between 2021 and 2022 and was the primary driver of growth, the Census Bureau said in a statement on Thursday. That compared with net migration of more than 376,000 the previous year, signaling a potential return to pre-pandemic levels.

Florida was the fastest-growing state in 2022, with an population increase of 1.9 percent to about 22.2 million, the Census Bureau figures showed.

“While Florida has often been among the largest-gaining states, this was the first time since 1957 that Florida has been the state with the largest percent increase in population,” said Kristie Wilder, a demographer in the Population Division at the Census Bureau.

Eighteen states experienced a population decline in 2022, compared to 15 and the District of Columbia the prior year.

California and Illinois had six-figure decreases in resident population. Declining populations in both states reflected net migration to other states.
#Coronavirus  #COVID-19  #Covid

Oh ya 41 days ago
Sorry you spelled immigration wrong, it is illegal invaders
View all comments (1)Add comment