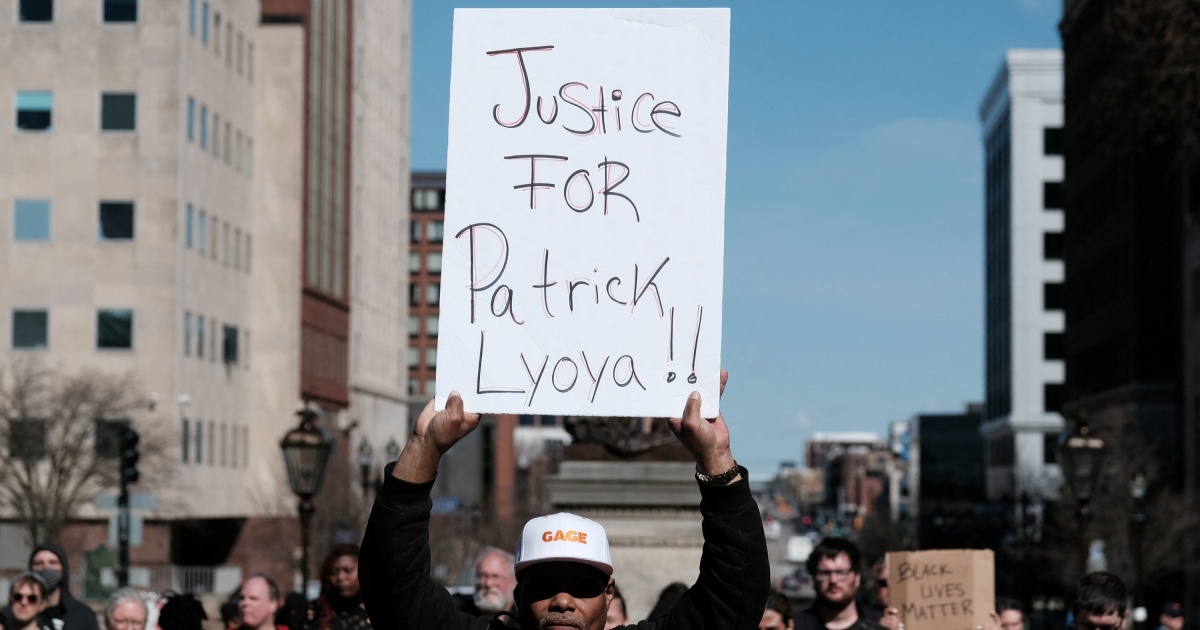 Police in the US state of Michigan have released the name of the officer who fatally shot Patrick Lyoya, a 26-year-old man originally from the Democratic Republic of the Congo, in the back of the head this month.

Lyoya’s death on April 4 has spurred protests in Grand Rapids, Michigan, the city where it took place, as well as renewed calls for an end to police violence against Black people across the United States.

“In the interest of transparency, to reduce ongoing speculation, and to avoid any further confusion, I am confirming the name already publicly circulating — Christopher Schurr — as the officer involved in the April 4 officer-involved shooting,” Winstrom said in a statement.

Lyoya’s family and their supporters had called for the officer to be identified while urging Michigan state authorities to file criminal charges against him. Schurr remains off-duty while state police investigate the shooting.

“We want his name!” Reverend Al Sharpton said on Friday at Lyoya’s funeral.

“Every time a young Black man or woman is arrested in this town, you put their name all over the news. Every time we’re suspected of something, you put our name out there,” Sharpton said. “How dare you hold the name of a man that killed this man. We want his name!”

Winstrom’s announcement on Monday was a reversal, as the police chief had earlier said he would withhold the officer’s name unless he was charged with a crime. That was described as a longstanding practice that applied to the public as well as city employees.

Local police released police and bystander footage of the incident earlier this month.

Lyoya was shot in the back of the head while laying face down on the ground outside a home in Grand Rapids after he and the officer engaged in a foot chase and struggle.

The videos show Lyoya stepping out of the car on a rainy street, seemingly confused and asking “What did I do?” as the officer repeatedly asks for a driver’s licence and orders him to get back inside the vehicle.

Video shows Lyoya running from the officer, who stopped him for driving with a licence plate that did not belong to the vehicle. They struggled in front of several homes and the officer repeatedly ordered Lyoya to “let go” of his Taser, at one point demanding: “Drop the Taser!”

Ben Crump, a lawyer representing the Lyoya family, said earlier this month that his parents are calling on authorities to charge the officer “to the full extent of the law for killing their son”.

“The video shows us that this is as his mother, father have said – an execution. There’s no way to try to spin it or justify it,” Crump told reporters. “That’s why we’re demanding justice for Patrick.”

After Lyoya’s funeral, Grand Rapids City Manager Mark Washington acknowledged the demand for the officer’s name and said he would discuss the matter with Winstrom and city employment officials.

“Police reform requires evaluating many long-standing practices to ensure our actions are consistent with the best interests of the community and the individuals involved,” Washington said last week.

Anna 32 days ago
The cop told him to get back in the car, the thug decided he did not have to and ran and also tried to take the cops equipment. He lost that fight but likely won the getto lottery for his family
View all comments (1)Add comment