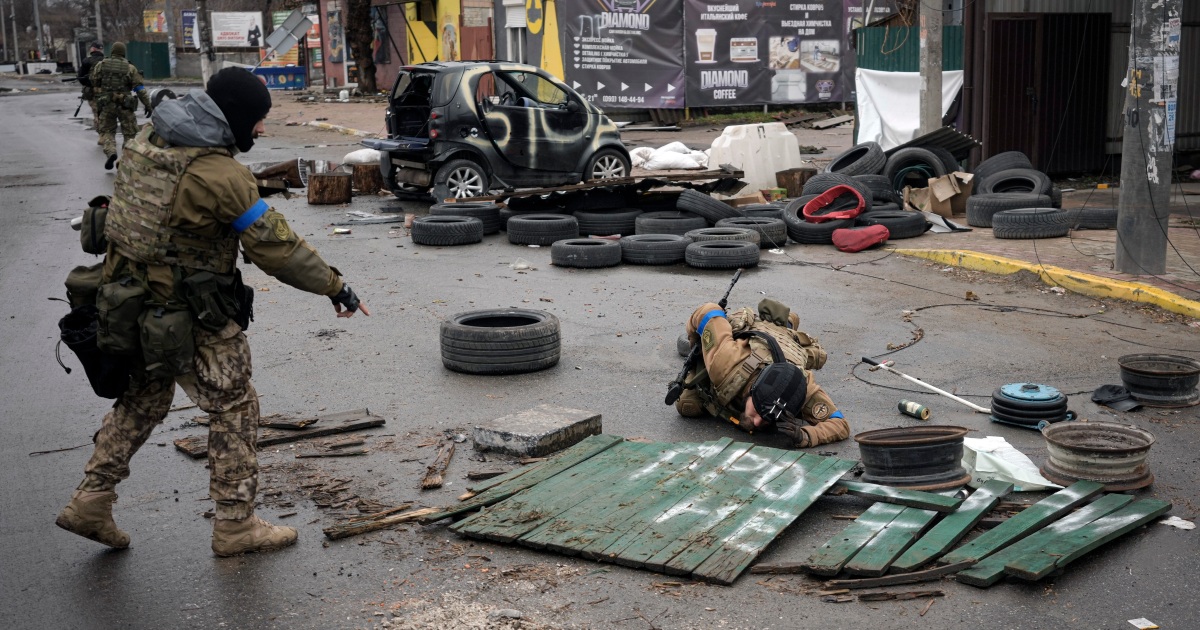 US official warns of ‘protracted’ war as Russia shifts aim

NSA Jake Sullivan says Moscow is expected to send thousands of soldiers to east and south.

White House NSA Jake Sullivan has warned of a “protracted” conflict as Russia revises its war aims and reroutes tens of thousands of troops from across Ukraine to the eastern and southern regions.

Speaking at a news conference on Monday, Sullivan said Russia is expected to focus on the broader Luhansk and Donetsk regions, with the aim to “encompass more significantly more territory than Russian proxies already controlled” prior to the Russian invasion of Ukraine on February 24.

In the south, he said Russia will likely posture its forces to maintain control of Kherson, which will “enable their control of the water flow” to Crimea, which Moscow annexed in 2014. They will also seek to block Ukrainian forces from Mykolaiv, a city en route to Kherson that has become a key battleground in the fighting.

While the shifting priorities are seeing Russian troops withdrawing from other parts of the country, particularly from the region surrounding the capital, Kyiv, he said “the next stage of this conflict may very well be protracted”.

“We should be under no illusions that Russia will adjust its tactics, which have included and will likely continue to include wanton and brazen attacks on civilian targets,” he said.

He added other regions will likely continue to be targeted by Russian air and missile attacks “to cause military and economic damage – and, frankly, to cause terror, including against cities like Kyiv, Odesa, Kharkiv, and Lviv”.

“Russia still has forces available to outnumber Ukraine’s, and Russia is now concentrating its military power on fewer lines of attack.”

Sullivan spoke as international condemnation grew over the apparent mass killing of civilians by Russian forces, including the discovery of mass graves in the city of Bucha near Kyiv.

On Monday, Pentagon spokesman John Kirby said Russia was “obviously” responsible for the apparent atrocities committed in the city.

US President Joe Biden, meanwhile, said the killings show that Putin is a “war criminal”, a claim he had previously made in February.

Sullivan said Washington is in discussion with its allies to determine the best avenue to pursue accountability measures in Ukraine.

“Obviously, the ICC is one venue where war crimes have been tried in the past, but there have been other examples in other conflicts of other mechanisms being set up,” he said. “So there’s work to be done to work out the specifics of that.”

He added new US sanctions would be announced against Russia this week.