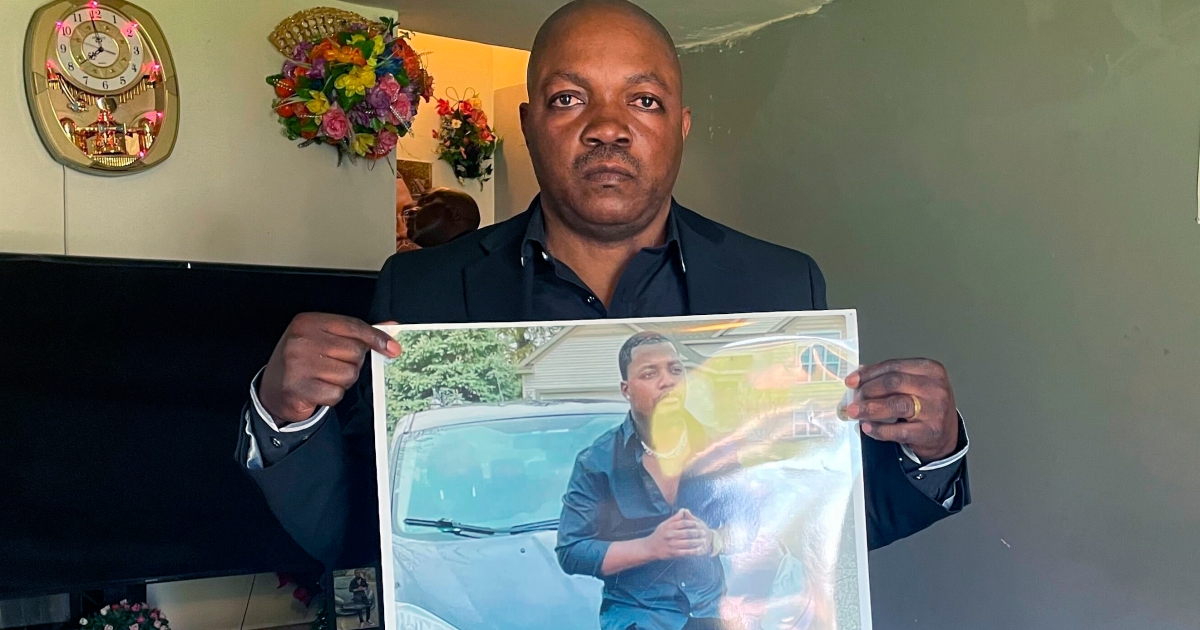 US officer who killed Patrick Lyoya pleads not guilty to murder

Killing of 26-year-old refugee in US state of Michigan has reignited nationwide debate over racism and police violence.

A police officer in the United States who fatally shot an unarmed Black man during a traffic stop in the state of Michigan, setting off renewed protests and calls for an end to police violence, has pleaded not guilty to second-degree murder.

Grand Rapids police officer Christopher Schurr, who turned himself in and is being held in a jail near Kent County, appeared at a hearing on Friday via video conference to answer several largely procedural questions.

Grand Rapids Judge Nicholas Ayoub entered a not-guilty plea on his behalf, according to the Associated Press news agency.

Ayoub also set a $100,000 cash bond for the officer, who killed Patrick Lyoya, a 26-year-old refugee from the Democratic Republic of the Congo, during an altercation that followed a traffic stop in Grand Rapids on April 4.

Schurr was charged with second-degree murder on Thursday and could face a sentence of life in prison if convicted. Kent County prosecutor Chris Becker said the killing was not “justified or excused, for example, by self-defence”.

Lyoya was unarmed and laying face-down on the ground when he was shot in the head, spurring widespread condemnation and calls from members of his family and the local Black community for Schurr to be fired and face criminal charges.

US civil rights lawyer Ben Crump, who is representing the Lyoya family, previously called the killing “an execution”.

Schurr’s defence lawyers have described the shooting as an “unfortunate tragedy” but denied wrongdoing, arguing that the officer feared for his safety, a common defence used by law enforcement officials accused of lethal use of force.

The Associated Press reported that Schurr has no previous accusations of excessive force.

Grand Rapids police chief Eric Winstrom released footage of the shooting on April 13, and has recommended that Schurr be fired. The footage showed Lyoya running away from his vehicle and struggling with Schurr over a taser.

The killing has reignited a national debate over police shootings of unarmed Black men, which have led to significant nationwide protests and calls to confront the US’s history of structural racism in areas such as law enforcement and criminal justice.

The 2020 police killing of George Floyd, the most high-profile case in recent years, drove significant protests across the country and spurred calls for police accountability.

In April of last year, a jury found officer Derek Chauvin guilty of murdering Floyd, an unarmed Black man who was killed after the Minneapolis policeman kneeled on his neck for more than nine minutes.

But despite the demonstrations, police violence in the US has shown little sign of slowing down.

Last year was one of the deadliest on record for police violence, with 1,136 people killed by police in the US, according to Policeviolencereport.org, a website that independently tracks such killings.