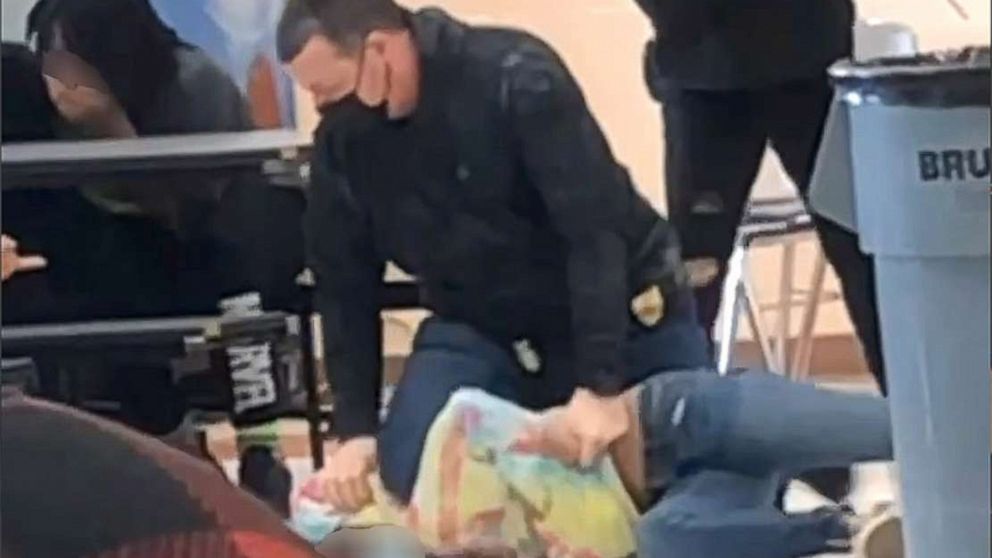 US officer appears to kneel on girl's neck

Surveillance footage shows an off-duty officer subduing a girl during a lunch-hour fight.

The girl got into a fight with another student during lunch hour on 4 March, and an off-duty officer who was working as a part-time security guard at the school rushed in to break up the altercation.

The officer has resigned from his position and was not charged. The girl's father has called for the officer to be held accountable.