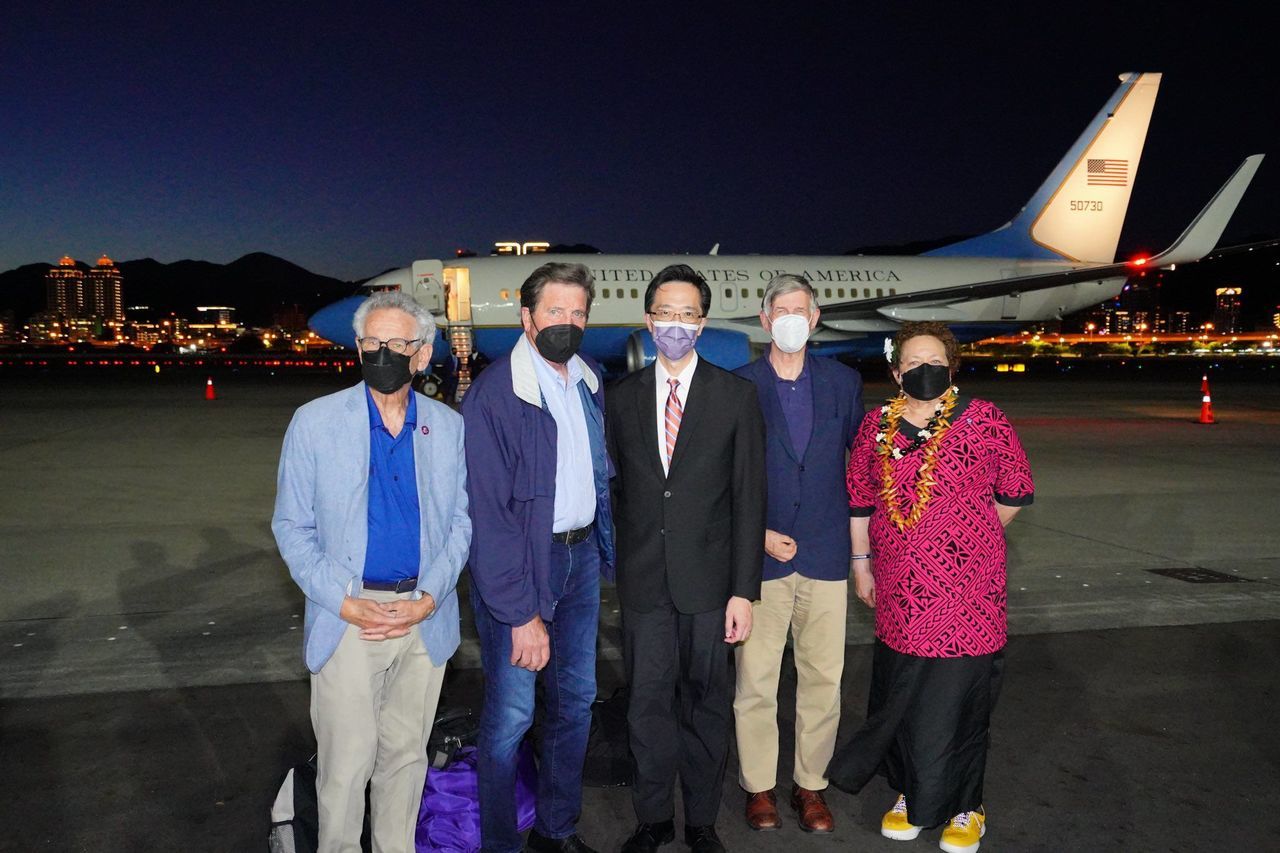 US military jet, carrying a US Senator-Congressional delegation, landed in Taiwan

Listen to the article
0:00 / 0:00
Voice by MediaWorks
A US congressional delegation touched down in Taiwan on Sunday for a two-day visit. The lawmakers’ arrival comes less than two weeks after a separate visit by House Speaker Nancy Pelosi sparked a flurry of military activity in the Taiwan Strait and sent relations between Washington and Beijing into a tailspin.
The visit to Taipei was announced by the American Institute in Taiwan, which functions as the US’ de-facto embassy on the self-governing island. According to the institute, Massachusetts Senator Ed Markey, a Democrat, is leading the group. Democrat Representatives John Garamendi, Alan Lowenthal, and Don Beyer are accompanying Markey, as is Rep. Aumua Amata Coleman Radewagen, a Republican from American Samoa.

The US officially recognizes, but does not endorse, China’s sovereignty over Taiwan, a position referred to as the ‘One China’ policy. While American lawmakers and officials regularly travel to the island, Beijing considers visits by more senior US figures to be tacit endorsements of Taiwanese independence.

Meanwhile, the US is holding joint exercises in Indonesia with the Australian, Japanese, and Singaporean forces, while the Pentagon announced last week that the US Navy will conduct “air and maritime transits” through the Taiwan Strait in the coming weeks, while the USS Ronald Reagan Carrier Strike Group will remain stationed in the region.
Add Comment