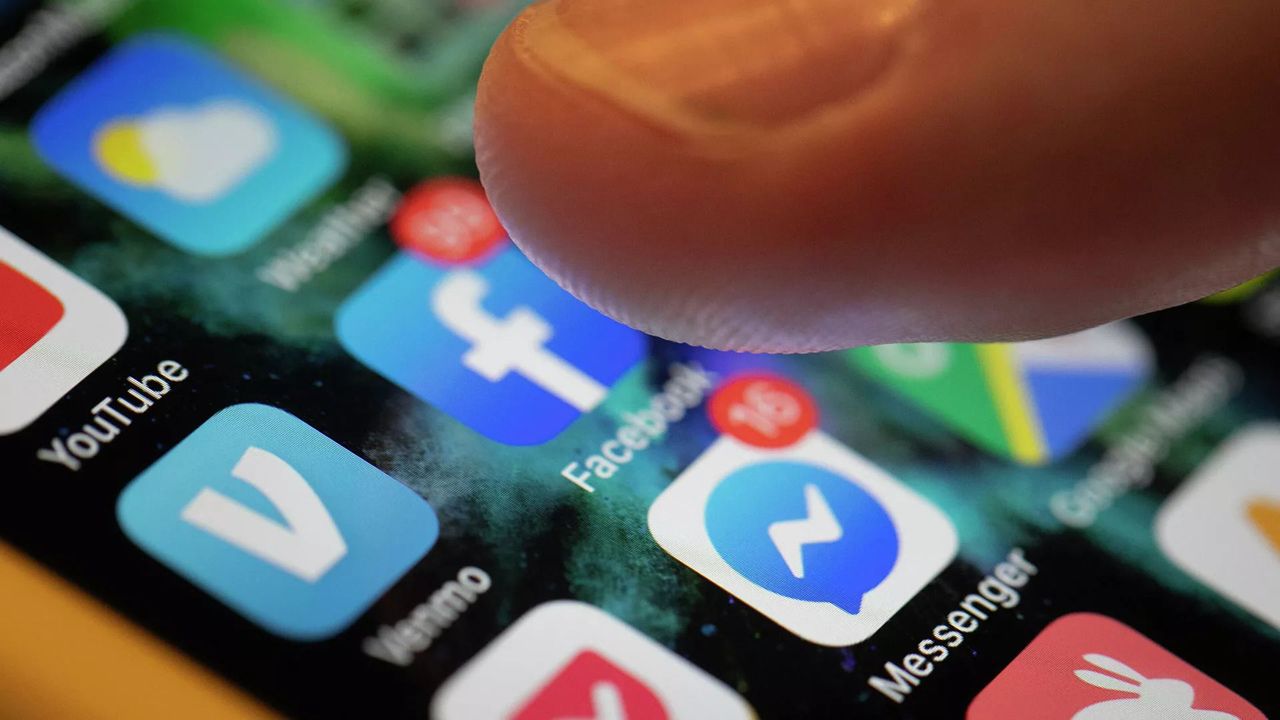 In recent years, US watchdogs have noted an increase in the incidence of censorship by the tech giants of Silicon Valley against their users in the field of free speech regarding political issues and, in particular, information about the COVID-19 pandemic.

In the third quarter of 2021, Big Tech censorship became even more significant, the US Media Research Center's NewsBusters reported on Tuesday, giving the companies controlling major social media a median "F" grade for their policies.

According to the report, the censorship was particularly concerning because the platforms "didn’t have much farther to fall from their pathetic second quarter grades." On Google, Twitter, and Facebook, online freedom has continued to dwindle. And this quarter saw massive censorship of conservative information once again.

This comes amid numerous reports and accusations toward the Big Tech companies of altering their algorithms and containing the spread of the information which contradicted the mainstream media narrative.

The watchdog organization examines in detail the main events and measures taken on the basis of which the companies were assessed in their research. 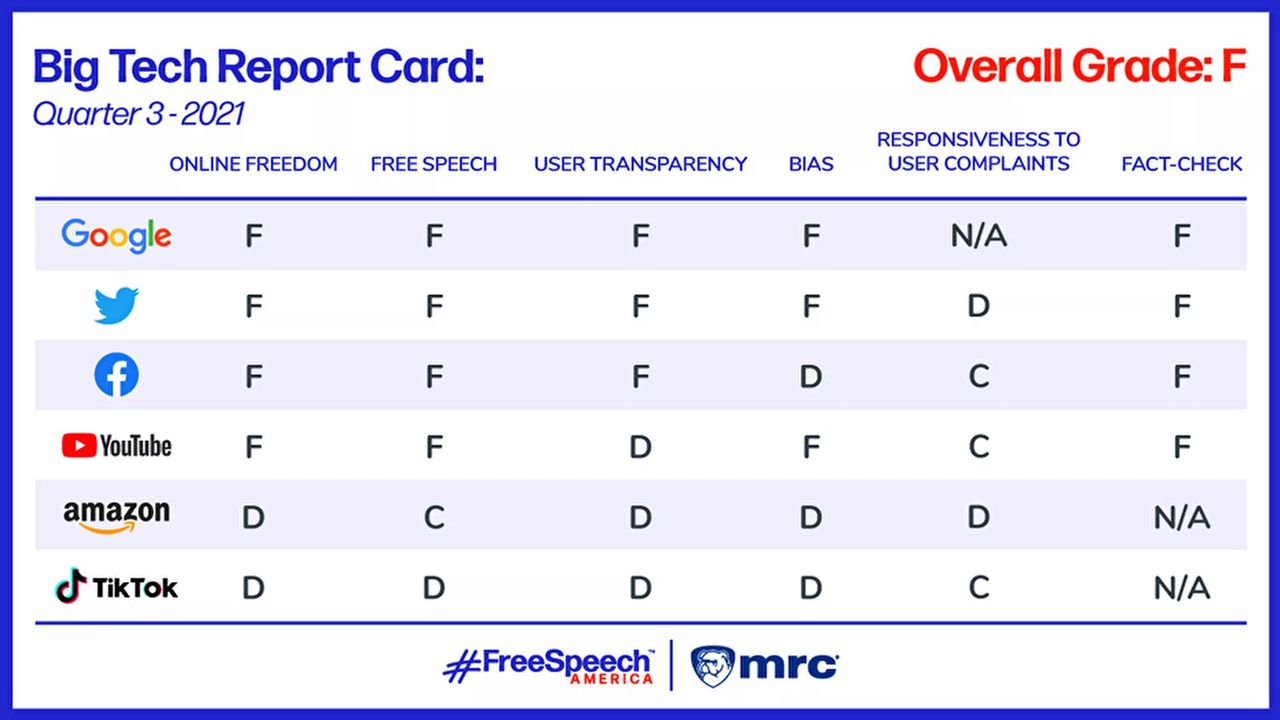 Also during this quarter, The Wall Street Journal began its "Facebook Files" research, which produced stories based on Facebook's internal documents that were damaging to the site. The initiative began with the revelation that Facebook has a "VIP list" of people whose content is not monitored as rigorously as that of other users.

Between September 2020 and August 2021, Twitter took action against over 11 million accounts for COVID-19-related content, according to the company. It also attempted to keep a Project Veritas, blocked on the platform, video of Johnson & Johnson employees making negative remarks about the company's COVID-19 vaccine from being shared, according to CensorTrack.org.

Moreover, this quarter, Meta CEO Mark Zuckerberg admitted that his business had purged more than 20 million COVID-19-related posts. YouTube has banned at least 1 million videos for so-called "dangerous information" related to COVID-19, reportedly including one of Sen. Rand Paul talking about masks.

"Since February of 2020 we’ve removed over 1M videos related to dangerous coronavirus information, like false cures or claims of a hoax," the company said in a blog post in August.

According to the report, remarkably, Amazon's grades slightly increased. The platform was the only one that improved its grades this quarter, in particular, because it has reportedly refused to budge in the face of pressure from both its employees and left-leaning politicians to delete books that addressed transgender problems. According to reports, the platform also reversed a decision to reject ads for a critical book about Black Lives Matter.

TikTok made its first appearance on the list this quarter, earning a D in Online Freedom. In this quarter's report card, TikTok took the place of Apple. TikTok has topped 1 billion monthly active users and is censoring an increasing amount of content.

The watchdog noted that in general, the intensified censorship garnered favorable coverage on the primetime news broadcasts. On network evening news, pro-censorship stories and mentions outnumbered those advocating free speech 12-to-0. Much of the focus was on network support for President Joe Biden's campaign to limit COVID-19 material.

According to the study, about 20% of network evening news broadcast stories about Big Tech censorship researched for the report were neutral. None of the pieces allegedly advocated for free speech, based on analysis of news coverage on ABC, CBS, and NBC evening news.

Conservatives across the US criticized Big Tech platforms for "censorship and suppression" of free expression online, which prompted their exodus to create their own platforms.

Parler, Rumble, Gab, GETTR, FreeTalk, and CloutHub are among the alternative platforms that have risen to the challenge, with some professing to uphold free speech values. Big Tech has blocked and attempted to shut down at least one of the new alternative platforms, even after some of the more well-known firms, such as Parler and Gab, began to thrive.

Notably, in January, following the January 6 Capitol mayhem, Amazon Web Services, a server and hosting provider, stopped procuring its services to the Parler app, which was accused of being the primary platform used by Trump supporters who broke into the Capitol to coordinate their actions. The app was pulled from Google Play and Apple's App Store, two of the most popular online marketplaces.

However, later in the year, the app was reinstated in its rights on all platforms and is still available to download.

The watchdog noted that because these alternative platforms are so new, there is not much data about how they manage content. On July 1, Trump adviser Jason Miller announced the start of GETTR.

Moreover, both Telegram and Rumble are becoming more and more popular places to post controversial content in order to avoid being blocked, as well as to report about censorship on other platforms.