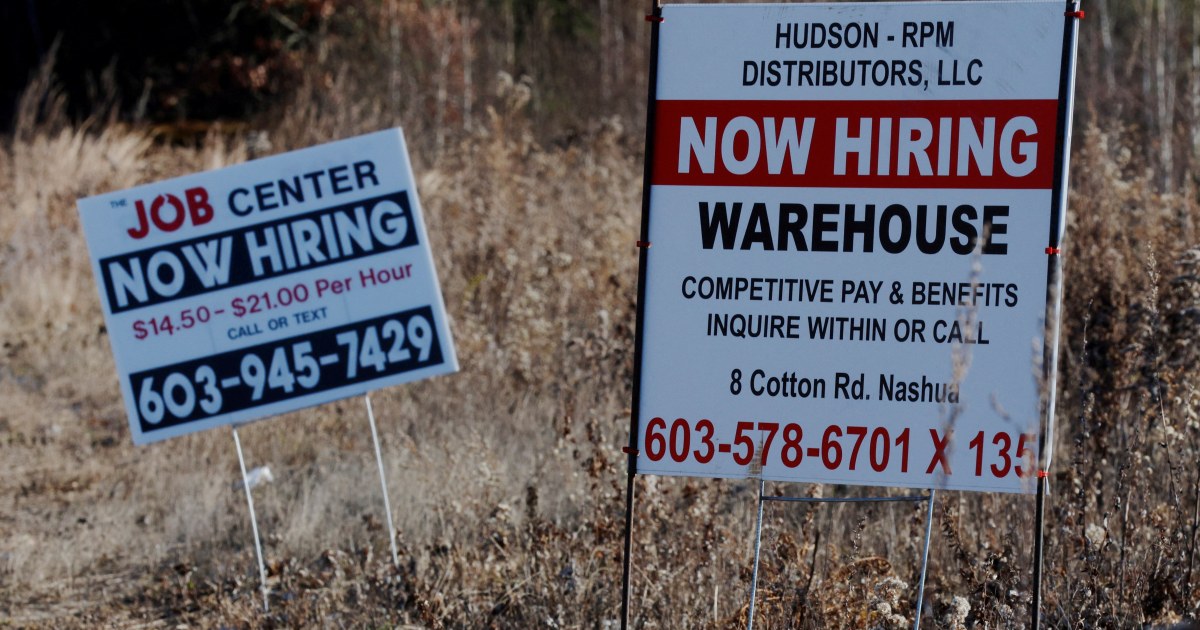 US job openings, quitting at near-record high in February

Many Americans are taking advantage of numerous opportunities to switch jobs, often for higher pay.

Job openings in the US hovered at a near-record level in February, little changed from the previous month, continuing a trend that Federal Reserve officials see as a driver of inflation.

There were 11.3 million available jobs last month, matching January’s figure and just below December’s record of 11.4 million, the US Labor Department said Tuesday.

The number of Americans quitting their jobs was also historically high, at 4.4 million, up from 4.3 million in January. More than 4.5 million people quit in November, the most on records going back two decades. Many people are taking advantage of numerous opportunities to switch jobs, often for higher pay. The vast majority of those quitting do so to take another position.

Tuesday’s report is separate from the government’s monthly employment report, which in February showed that employers added a robust 678,000 jobs.

The data “shows that the labor market remains torrid”, Stephen Stanley, chief economist at Amherst Pierpont, said in a research note. “In a month when the economy added 678,000 jobs, the number of job openings only went down by 17,000. That speaks to the depth of the bid that employers have for labor.”

The outsize number of available jobs and quits has contributed to rampaging inflation, as many companies have had to raise pay to attract and keep workers. In February, there were 1.8 openings for every unemployed worker. Before the pandemic, there were usually more unemployed people than job openings.

The unemployment rate, at 3.8 percent, is near the pre-pandemic level of 3.5 percent, which was the lowest in five decades. And there are still several million fewer people working or looking for work than before the pandemic, forcing employers to compete among a smaller labour pool.

Because of those trends, Federal Reserve Chair Jerome Powell has singled out openings and quits as a key measure of the labour market’s health and a target of the Fed’s interest-rate policies. Powell has said that the central bank hopes to reduce the number of available jobs as a way of cooling wage increases and price inflation.

“If you were just moving down the number of job openings … you would have less upward pressure on wages,” Powell said. “We need to use our tools to move supply and demand back” into alignment.

With employers desperate to find workers, wages and salaries rose 4.5 percent in 2021, the fastest pace in at least two decades. Many businesses have, in turn, charged their customers more to cover the higher labour costs.

Inflation jumped 7.9 percent in February from a year earlier, a four-decade high.

Earlier this month, the Fed said it had raised its short-term interest rate for the first time in four years, to about 0.375 percent, to rein in inflation. More rate rises are expected this year, including potentially one or more half-point increases.

Powell’s hope is that by reducing job openings and slowing wage gains, the Fed can bring down inflation without causing widespread layoffs and pushing unemployment higher. Economists overall are sceptical, however, that the Fed can achieve such a “soft landing” for the economy. They worry that the Fed’s rate increases will result in job losses and potentially even a recession.