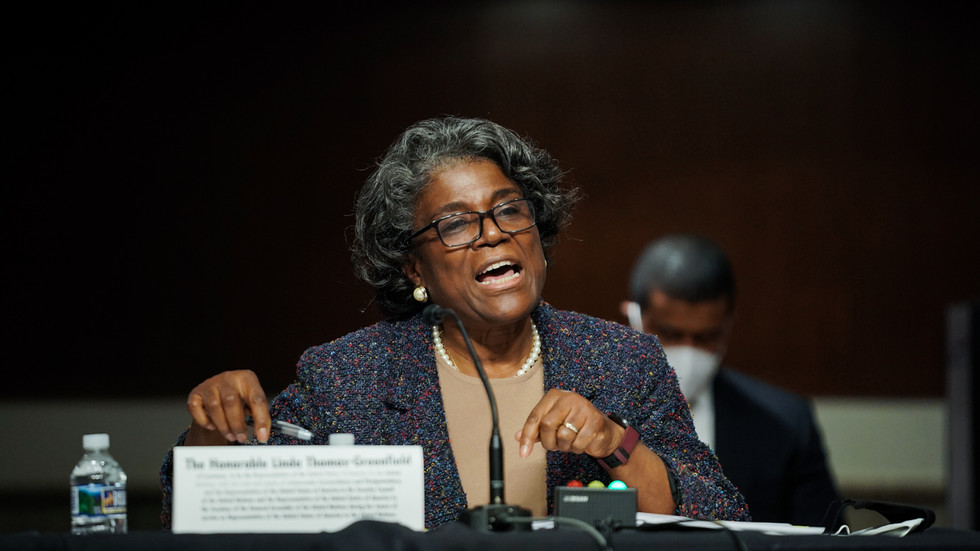 Washington tells the UN that Moscow will try to invade the entire former Russian Empire
The recognition of the Donetsk (DPR) and Lugansk (LPR) People’s Republics is the first step in Russian President Vladimir Putin’s plans to recolonize the former Russian Empire, the US Ambassador to the UN declared on Monday.

In remarks made at a UN Security Council emergency meeting on the Ukraine crisis, Ambassador Linda Thomas-Greenfield asserted that the signing of the agreement to formally recognize the independence of the DPR and LPR constituted an evident breach of Ukrainian sovereignty by Russia, and added that this absorption would not be a stand-alone event.

“Today, President Putin has torn the Minsk agreements to shreds. We have been clear that we do not believe he will stop at that,” the American diplomat said, referring to Russia’s decision to put an end to the historic accord with Ukraine that agreed Moscow would end its presence in the Donbass.

The ambassador continued by asserting that Putin believes Moscow has an entitlement to the territories of the Russian Empire, including Ukraine, Belarus, Georgia, and Moldova, expressing Washington’s belief that this poses an international threat.

“President Putin asserted that today Russia has a rightful claim to all territories – all territories – from the Russian empire,” Thomas-Greenfield said. “The same Russian Empire from before the Soviet Union, from over 100 years ago… In essence, Putin wants to world to travel back in time.”

The president’s desire to rebuild Russia’s empire, the Ambassador insisted, jeopardizes opportunities for international progress and the diplomacy of the UN, an organization founded on “the principle of decolonization, not recolonization,” as Thomas-Greenfield puts it.

The ambassador’s statement follows a decision made on Monday by Putin to recognize the sovereignty of the DPR and LPR, two republics that broke away from Ukraine in 2014, following the events of the Maidan, when violent street protests toppled the democratically elected government in Kiev. Until Monday, no UN nation had formally recognized their independence.

In the same meeting, the US ambassador claimed Putin’s decision to order Russian troops into the Donbass republics was made on the pretext of “securing the peace,” suggesting the truth is more sinister.

“He calls them peacekeepers. This is nonsense. We know what they really are,” Thomas-Greenfield declared, adding that turning a blind eye to Russia’s violation of the sanctity of the state of Ukraine would be a “costly path.”

“We must meet the moment, and we must not look away,” the ambassador said.
Add Comment