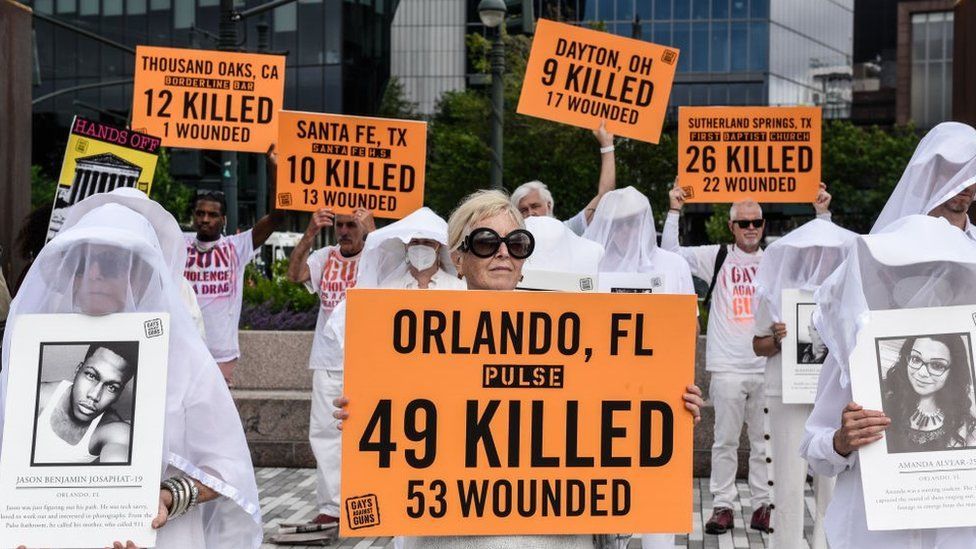 US gun control: Bill clears first hurdle in US Senate

The US Senate has taken a first step towards passing what has been called the most significant new gun controls in a generation.

Senators voted to speed up the passage of the bipartisan bill, meaning it could be signed into law next week.

Although significant, the proposals fall far short of what many Democrats and activists have called for in the wake of a spate of mass shootings.

The measures include tougher background checks for buyers younger than 21.

And it closes the so-called "boyfriend loophole" by blocking gun sales to those convicted of abusing unmarried intimate partners.

It is the first time in decades that proposed gun safety legislation has received this level of support from both Republican and Democratic party senators.

Tuesday evening's Senate vote - which was only procedural - passed 64 to 34 in less than two hours after the final text was circulated.

Some 14 Republicans voted to advance the bill, suggesting the legislation would get enough support to clear the Senate in a full vote - which Democrats hope to hold within days.

It will then need to be passed by the Democratic-controlled House of Representatives before making its way to President Joe Biden's desk.

Senator Chris Murphy, the lead Democrat in the talks, said on the Senate floor that the bill "will become the most significant piece of anti-gun-violence legislation Congress will have passed in 30 years".

Democratic Senate leader Chuck Schumer said in a statement: "This bipartisan gun-safety legislation is progress and will save lives. While it is not everything we want, this legislation is urgently-needed."

His Republican counterpart, Minority Leader Mitch McConnell, described the legislation as "a common sense package" in a statement pledging his own support.

The National Rife Association (NRA) opposed the bill, saying in a statement that it "does little to truly address violent crime" and "can be abused to restrict lawful gun purchases".

President Biden earlier this month said the proposals were "steps in the right direction" but are still not enough.

He has pushed for bigger reforms - including a ban on assault rifles, which were used in the Texas and Buffalo mass shootings - or at least an increase in the age at which they can be purchased.

The last significant federal gun control legislation was passed in 1994, banning the manufacture for civilian use of assault rifles and large capacity ammunition clips, but expired a decade later.

The US has the highest rate of firearms deaths among the world's wealthy nations. But it is also a country where many cherish gun rights that are protected by the Constitution's Second Amendment to "keep and bear arms".

Previous efforts lead by Democrats to strengthen US gun control laws have been hindered by Republicans.

Nearly a decade ago, attempts to tighten US gun control laws after the Sandy Hook school shooting in Connecticut - in which 20 children and six adults were killed - failed to get enough votes in Congress.

The Senate, or upper chamber of Congress, is currently split - with 50 Democrats and 50 Republicans - and legislation must have 60 votes to overcome a manoeuvre known as the filibuster - tactical delaying.

Ten of the 20 senators who came up with the framework for the new measures are Republicans, meaning the proposals had the numbers needed to progress. 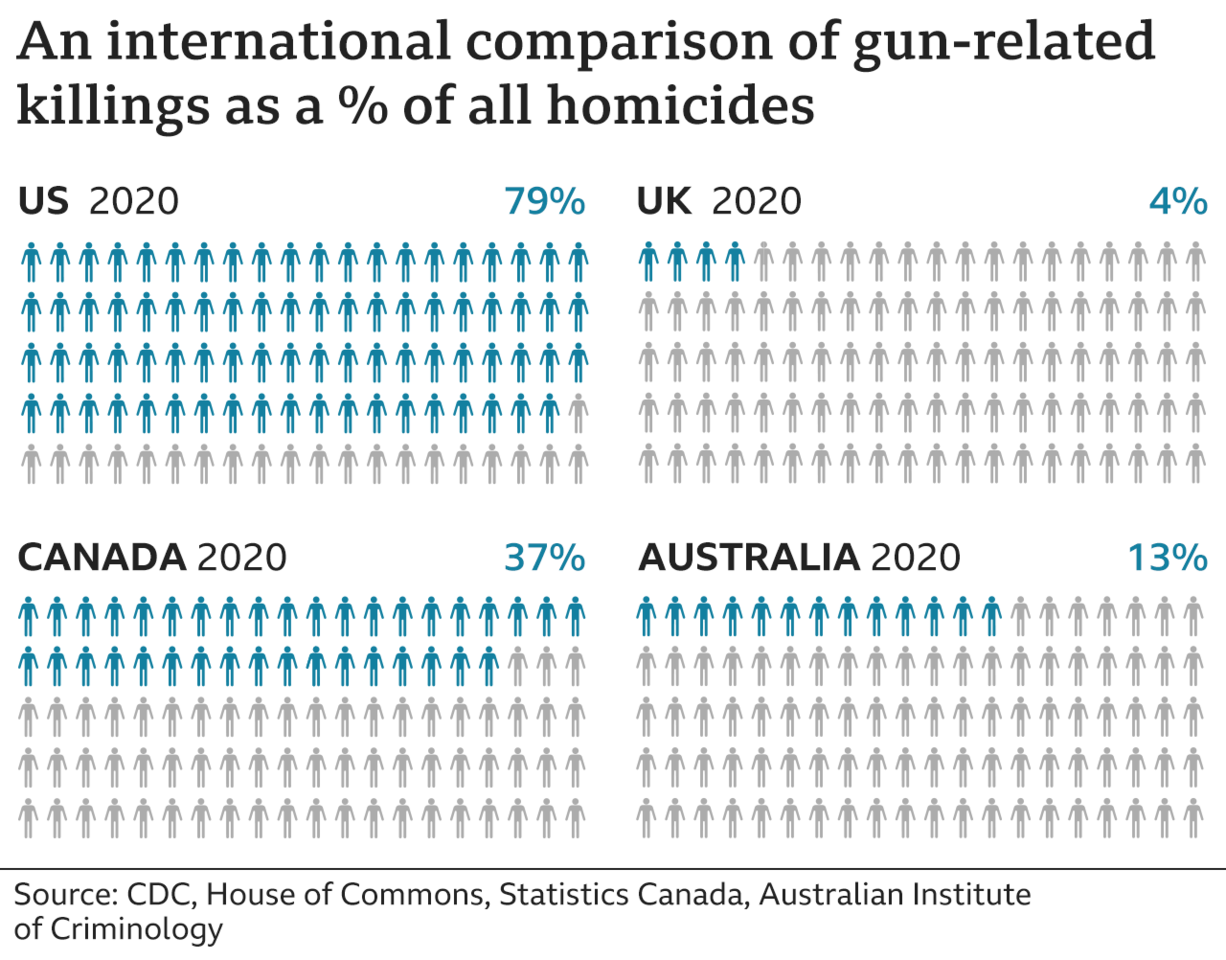