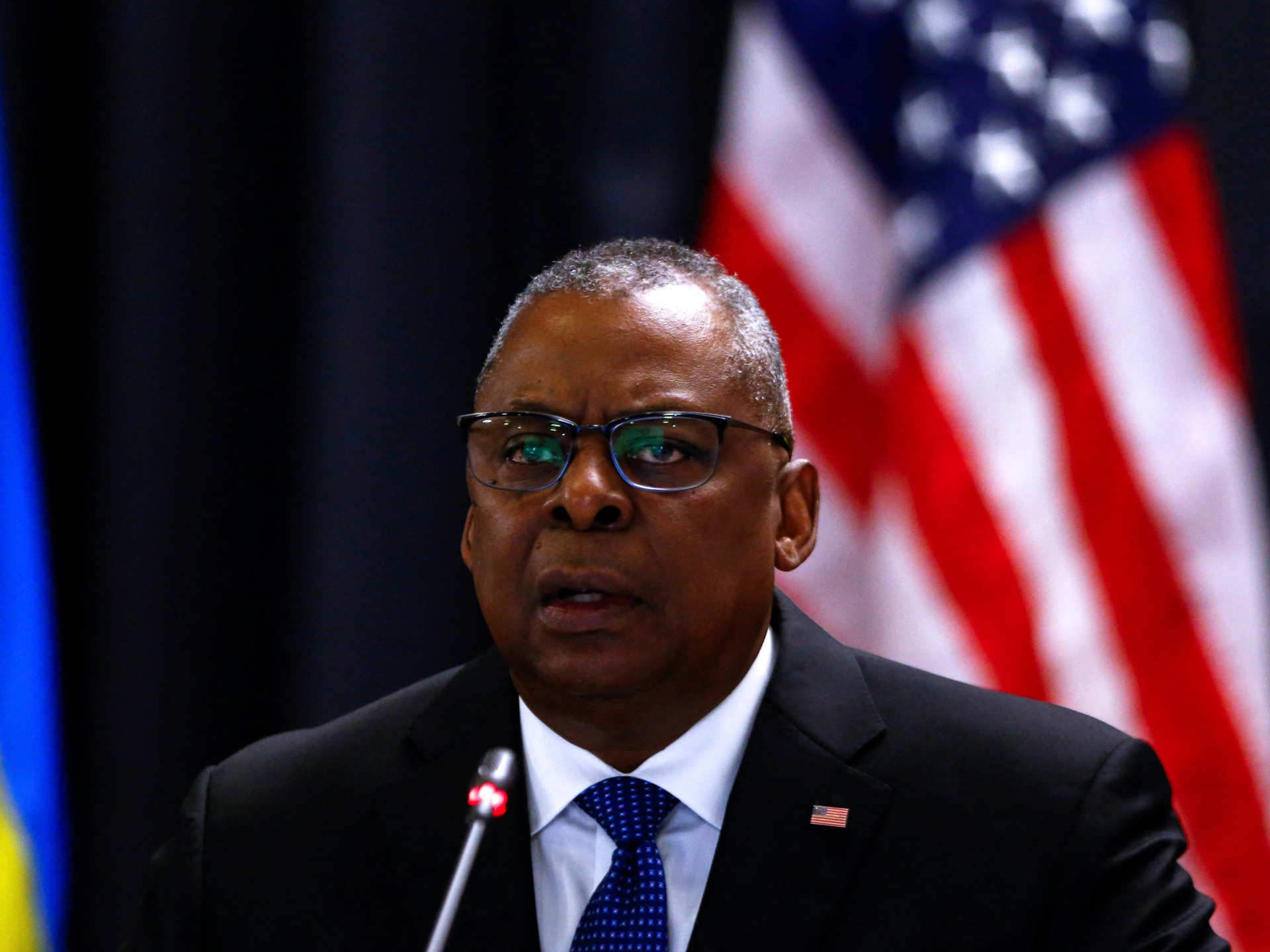 Speaking at a meeting in Germany to bolster support for Ukraine, Lloyd Austin also announced $675m more in US military aid.

United States Secretary of Defense Lloyd Austin has hailed “demonstrable success” by Ukrainian forces on the battlefield while announcing the latest tranche in American military aid to Kyiv.

Austin spoke at the opening of a meeting of allies in the so-called Ukraine Defense Contact Group at the US Ramstein airbase in Germany on Thursday, at which military leaders and ministers were set to discuss how to continue support for Ukraine in the long term.

While Western military support, including howitzers, anti-aircraft systems, helicopters, and small arms ammunition, has enabled “Ukraine to resist Russia’s ongoing onslaught”, he said the war is at another “key moment”.

As Russian attacks are continuing, “now we’re seeing the demonstrable success of our common efforts on the battlefield”, Austin said, referring to Ukraine’s ongoing counteroffensive.

Austin added the group of allies “needs to position itself to sustain Ukraine’s brave defenders for the long haul” while announcing an additional $675m more in US military aid to Ukraine, a package that included 105mm howitzers, precision-guided GMLRS rockets, and artillery ammunition.

“This is the Biden administration’s twentieth drawdown of equipment from US stocks for Ukraine since last August,” he said.

Meanwhile, US Secretary of State Antony Blinken on Thursday announced major new military aid worth more than $2bn for Ukraine and other European countries threatened by Russia. That is on top of a $675-million package of heavy weaponry, ammunition and armoured vehicles announced by Austin.

The Germany meeting comes as observers and Ukrainian officials have reported gains by Ukraine’s military in both its counteroffensive in the southern Kherson region, which began two weeks ago, as well as in its “surprise” offensive in the northeastern Kharkiv region that began within the last two days.

Reporting from Kyiv, Al Jazeera’s Gabriel Elizondo said “all early indications” show Ukraine has been “quite successful” in the recently launched operation in the Kharkiv region.

“It appears that the Ukrainians have already recaptured several villages and are on the cusp of encircling a very key city of Balakliya,” he said. “This is a city of 25,000 people that was in the hands of the Russians for many months now.”

In his address, Austin also called on allies to find “innovative” ways of “reinvigorating our defence industrial bases to match both Ukraine priorities and our own needs”, and to “accelerate our production of key capabilities”.

He said those gathered will discuss steps to “stand up” an international training mission for Ukrainian forces and explore “a new push” to bring together national armament directors to intensify efforts to meet Ukraine’s needs going forward.