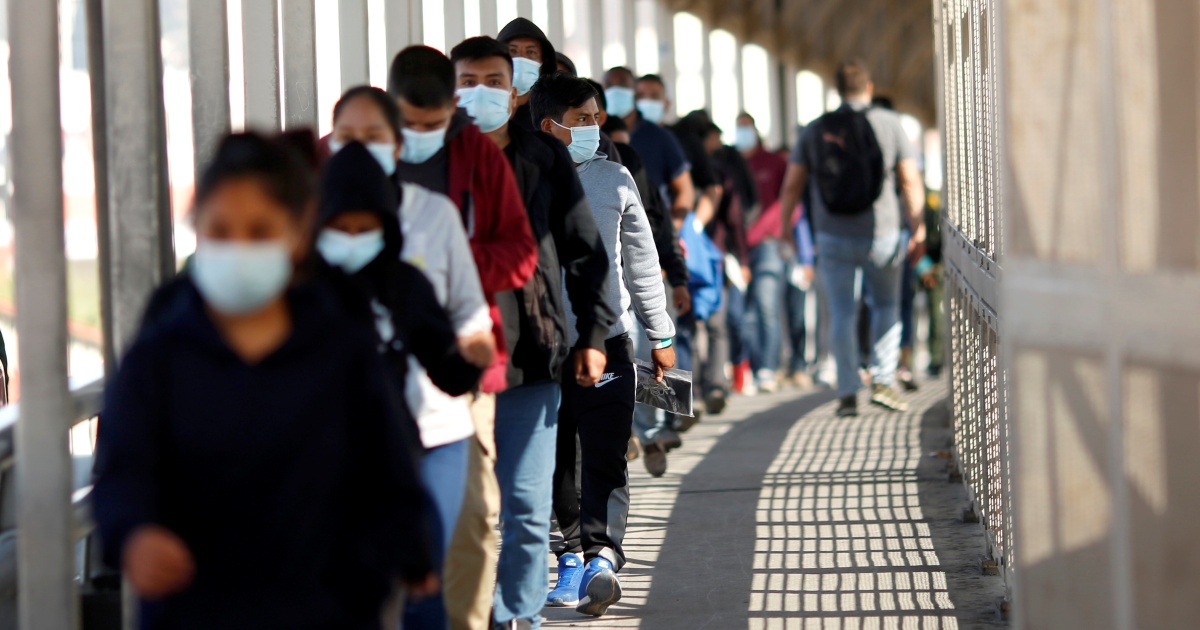 US court rules Biden can continue expulsions at US-Mexico border

Judges ruled that the arrivals ‘have no right to be in the United States’ and can be immediately expelled.

A federal appeals court ruled that the United States can continue to quickly expel asylum seeker and migrant families caught crossing the US-Mexico border but should avoid sending them where they could face persecution or torture.

The ruling (PDF) on Friday largely upholds a border policy put in place by the administration of former President Donald Trump, who made restricting immigration a core aim of his presidency.

A group of impacted asylum seekers and migrants, represented by the American Civil Liberties Union (ACLU) and other non-profit organisations, sued over the expulsion policy known as Title 42, which the administration of President Joe Biden, who took office more than a year ago, has largely kept in place.

Rights groups argued the expulsions were illegal but the panel of appeals court judges disagreed, finding it likely that the arrivals “have no right to be in the United States, and the Executive can immediately expel them”. 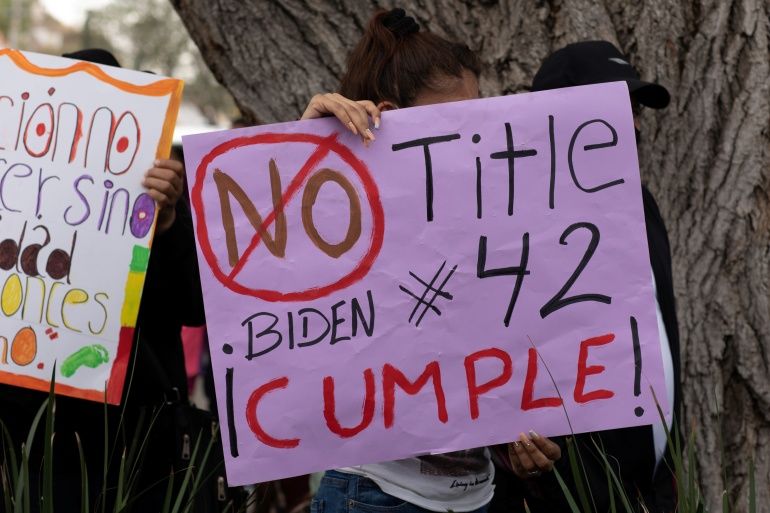 Pro-immigrant advocates and health experts have long opposed the measure, saying it unlawfully cuts off access to asylum and is not supported by scientific evidence

The court added, however, that “the Executive cannot remove aliens to a country where their ‘life or freedom would be threatened’ on account of their ‘race, religion, nationality, membership in a particular social group, or political opinion'” or “to a country where they will likely be tortured”.

“The court’s opinion puts an end to using Title 42 to summarily expel those seeking protection from persecution or torture,” ACLU lawyer Lee Gelernt who argued the case told CNN on Friday.

The ruling comes amid declining COVID-19 cases and hospitalisations in the US and after many other coronavirus-related border bans have been lifted. Still, Biden, who campaigned on a promise to be more welcoming towards immigrants, fought to retain the Title 42 order, which was issued in March 2020 citing the need to protect the county from the further spread of the pandemic.

Aaron Reichlin-Melnick, policy council at the American Immigration Council said the ruling requires border officials to interview arrivals for “reasonable fear” of being returned to their country.

“That is going to be operationally VERY difficult for DHS to carry out expulsions on the same large scale as currently,” Reichlin-Melnick said in a tweet.

Pro-immigrant advocates and health experts have long opposed the measure, saying the policy is cruel, unlawfully cuts off access to asylum and is not supported by scientific evidence.

“In the wake of this decision, the Biden admin should end the Title 42 travesty and uphold asylum law,” Eleanor Acer, refugee protection director at Human Rights First, a US-based rights group, said in a tweet.

“The US should be leading by example, upholding refugee law at our own borders as we encourage other countries to do at Ukraine’s borders & their own,” Acer said.

The use of Title 42 along the border works alongside “Remain in Mexico“, another border policy Trump introduced during his presidency that Biden has kept in place under a court order. The policy forces asylum seekers to wait in Mexico for their US court hearings.

Meanwhile, border arrests soared to record levels in 2021 during Biden’s first year in office, drawing intense criticism from Republican officials who accused Biden of encouraging people to come to the US and not keeping the border secure.

Since Biden took office in January 2020, more than a million asylum seekers and migrants have been expelled under Title 42. Many of those have been people who have crossed the border more than once.

A federal judge ruled last September that the Title 42 policy could not be applied to families but the Biden administration appealed that decision. Early in his presidency, Biden exempted unaccompanied children from the expulsion policy.