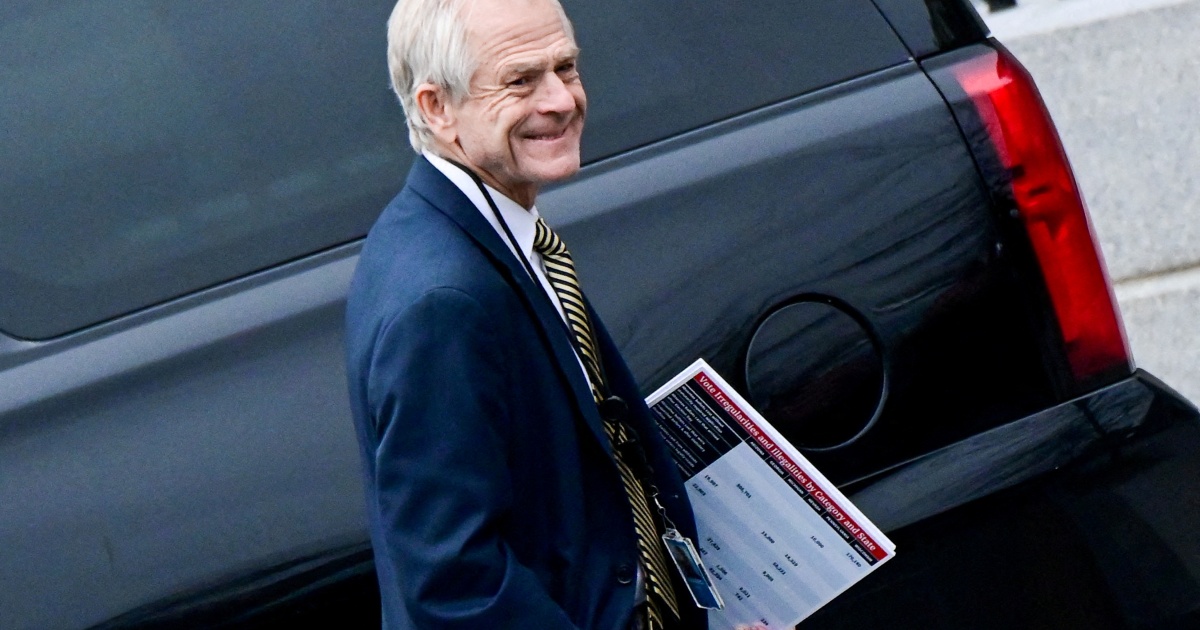 Peter Navarro faces two counts of contempt of Congress for failing to cooperate with the panel investigating Capitol riot.

Peter Navarro, a former adviser to former US President Donald Trump, has been charged with two counts of contempt of Congress for failing to cooperate with a United States congressional panel investigating the January 6, 2021, Capitol riot.

The US Department of Justice announced the charges on Friday, saying that Navarro will make his initial court appearance in Washington, DC later in the day.

Each count could carry up to one year in jail and a maximum fine of $100,000, the Department of Justice said.

The Democratic-controlled US House of Representatives had voted in April to hold Navarro, who served as an economic adviser to Trump, and Dan Scavino, a former communications aide, in criminal contempt after they failed to comply with requests for information.

Navarro has previously argued that his communications are protected under executive privilege, a legal principle that safeguards a president’s communications.

Earlier this week, he filed a lawsuit asking a federal judge to block the Department of Justice from pursuing charges against him for defying Congress.

Trump’s supporters violently breached the Capitol on January 6 to prevent the certification of President Joe Biden’s election victory, halting procedures and sending lawmakers into hiding. Five people, including a Capitol police officer, died during or in the aftermath of the incident.

Democrats have said the riots amount to an insurrection that aimed to reverse the election result and keep Trump in power. The House of Representatives impeached Trump in his final days in office for “inciting” the violence.

Trump had addressed his supporters at a rally near the White House before the riot, repeating false allegations that the election was “stolen” and urging the crowd to “fight like hell”.

The January 6 congressional panel has been seeking testimonies and records from Trump’s top aides and family members.

The committee conducted lengthy interviews with Trump’s daughter Ivanka Trump and her husband, Jared Kushner, earlier this year. Both had served as key White House advisers.

Late last year, the House also voted to hold former White House chief of staff Mark Meadows in contempt. Meadows and Scavino have not been charged by the Department of Justice.