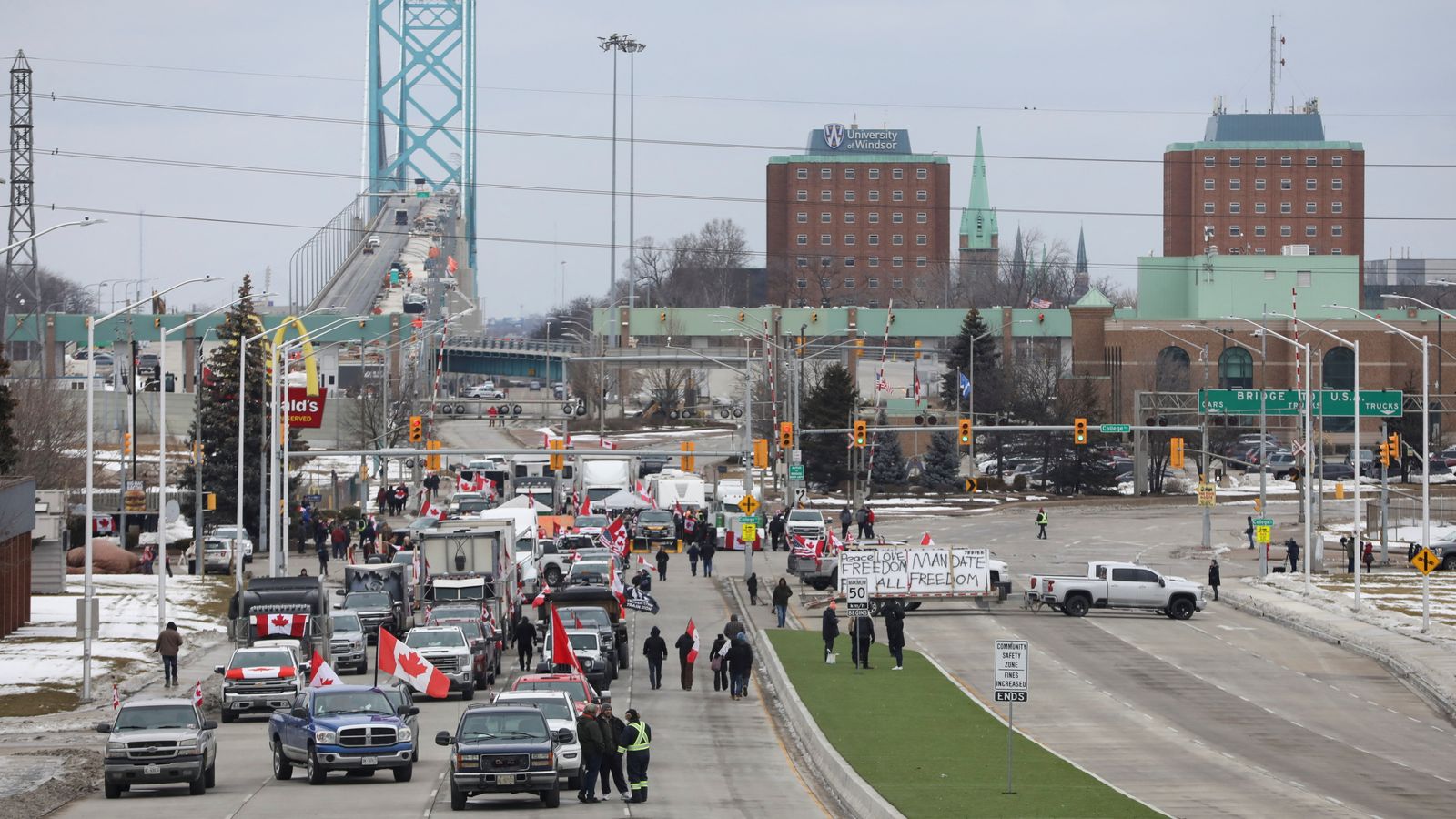 Truck drivers have been blocking roads in Ottawa, Toronto and other Canadian cities for weeks, with the 'Freedom Convoy' movement spreading to the US and New Zealand.

US authorities have warned that truckers could target the Super Bowl and State of the Union Address inspired by the massive blockades which are causing chaos on the US-Canada border.

Canadian truck drivers have been at the country's border protesting the requirement for people to be fully vaccinated to cross the US-Canada border.

The bumper-to-bumper demonstration by the so-called Freedom Truck Convoy has been taking place at the Ambassador Bridge crossing for the last four days. 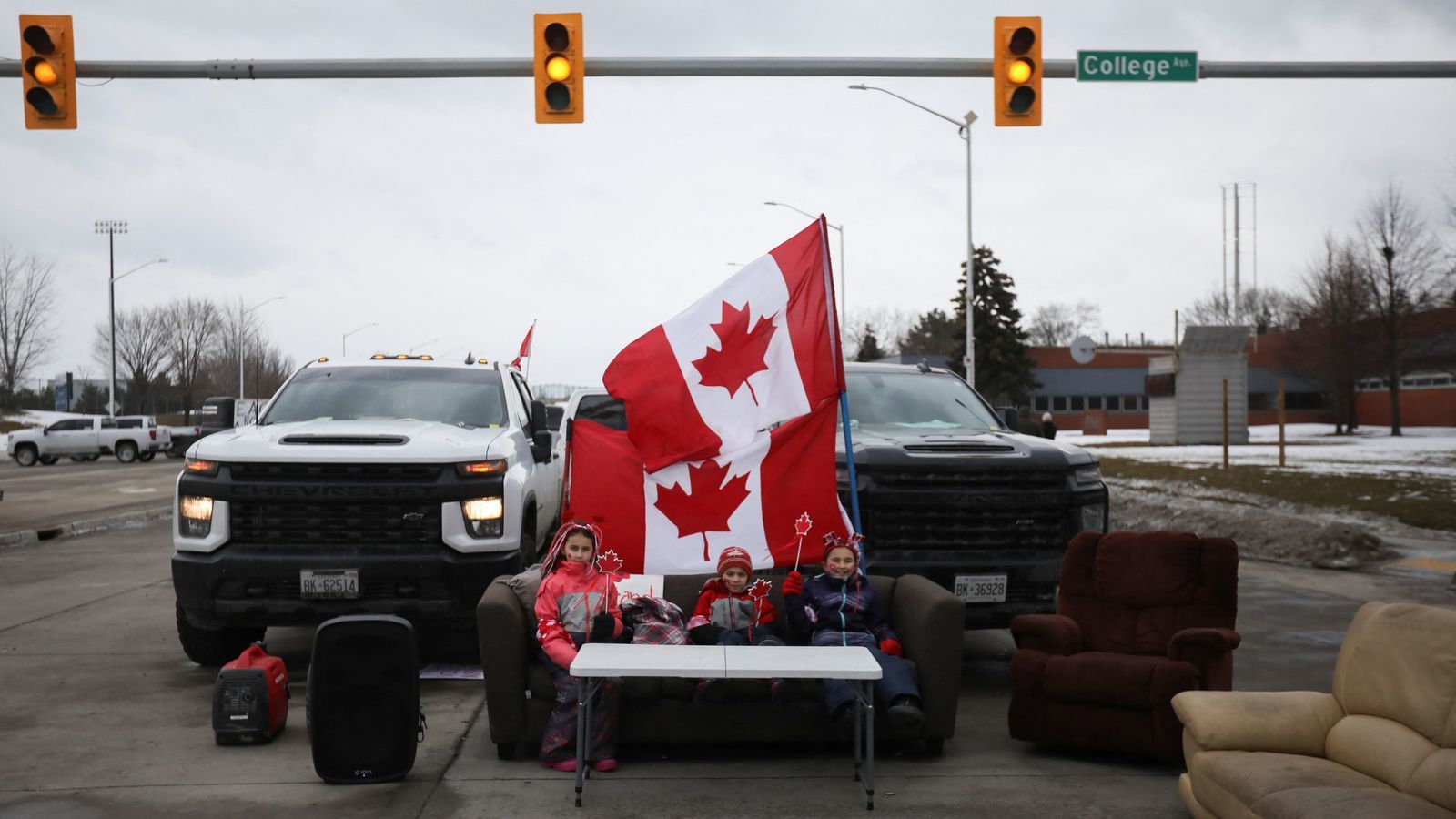 While hundreds of demonstrators have also paralysed the streets of downtown Ottawa for almost two weeks and maintained blockades at another border crossing at Coutts, Alberta.

The Super Bowl and the State of the Union Address

The protests have caused issues for the auto industry, as well as other sectors between the two countries, and now similar truck convoys could cause problems for the upcoming Super Bowl this weekend.

US authorities have braced themselves for the possibility of such copycat demonstrations across the country, with the Department of Homeland Security sending a bulletin to local and state law enforcement agencies warning them of disruption.

It said it has received reports that truckers are planning to "potentially block roads in major metropolitan cities".

The bulletin stated that a protest could begin in Southern California this weekend, possibly affecting traffic around the Super Bowl, before reaching Washington in March for the State of the Union Address.

However, the department said there have been no calls for violence in relation to the demonstration.

The protest taking place at the US-Canada border has already caused Toyota to shut down production at its plants in Ontario and Kentucky due to supply issues.

The largest Japanese automaker said it is "experiencing multiple dropped logistics routes across the supply base" and would be suspending work through Saturday.

Ford also closed its Ontario plant on Wednesday but reopened it just a day later.

"This interruption on the Detroit-Windsor bridge hurts customers, auto workers, suppliers, communities, and companies on both sides of the border," the carmaker said in a statement.

"We hope this situation is resolved quickly because it could have a widespread impact on all automakers in the US and Canada."

Meanwhile, authorities in Paris and Belgium banned road blockades in a bid to prevent any disruption.

The ban, along with a threat of prison time and heavy fines, was prompted by online chat groups in France that have been calling for drivers to converge in the capital on Friday night and drive to Brussels on Monday.