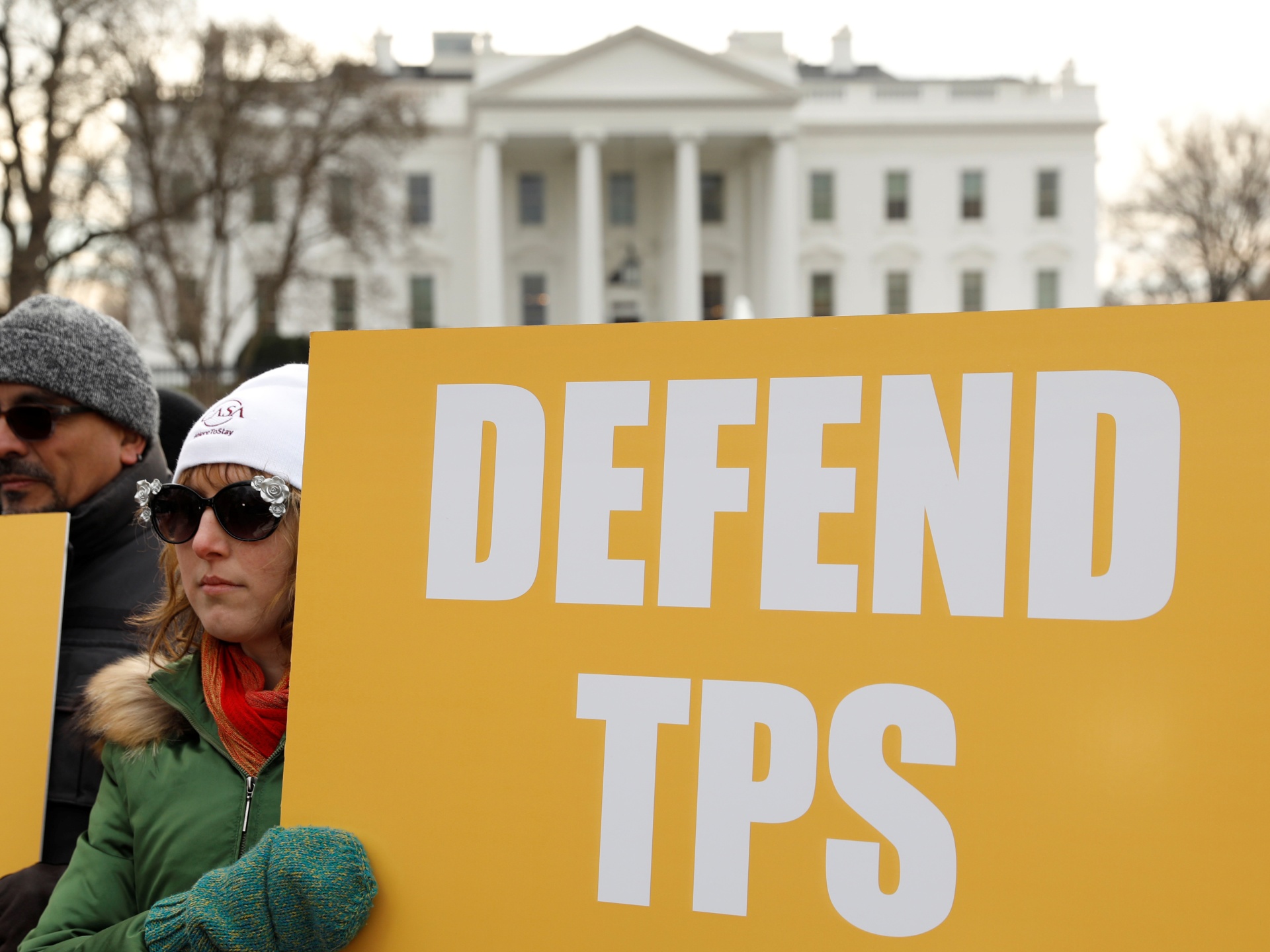 US: Advocates welcome TPS extension for citizens of six countries

Citizens of El Salvador, Honduras, Haiti and three other nations will get relief from US deportation until mid-2024.

Human rights advocates have welcomed the Biden administration’s extension of temporary deportation relief to the citizens of six countries, saying the move will allow hundreds of thousands of people to “rest a little easier”.

The United States on Thursday announced that Temporary Protected Status (TPS) will be extended until June 30, 2024, for citizens of Haiti, El Salvador, Nicaragua, Honduras, Sudan, and Nepal, according to a document filed by the US Citizenship and Immigration Services (USCIS).

Their legal status in the US was set to expire at the end of the year.

Washington grants TPS to nationals of countries where conditions temporarily make it too dangerous for citizens to return, such as in cases of armed conflict or after environmental disasters, including earthquakes and hurricanes.

TPS recipients can remain in the US without fear of deportation and they receive work permits.

The extension will affect about 392,000 people, of whom approximately 242,000 are citizens of El Salvador, according to USCIS data. “Thanks be to God,” said Salvadoran ambassador to the US, Milena Mayorga, tweeting a link to the document.

The Department of Homeland Security (DHS) announced the extension “to ensure its continued compliance” with orders proceeding from two continuing court cases, said the document (PDF), which was sent to the federal register and is set to be officially published on November 16.

President Joe Biden’s administration in October pulled out of settlement talks that could have provided further protections to the TPS enrollees from those countries, and put them at risk of losing their status, according to plaintiffs in one of the cases.

The American Civil Liberties Union (ACLU) said that more than 300,000 people from the six countries were at risk of losing their legal status in the US since former President Donald Trump’s administration tried to end their TPS in 2017 and 2018.

Migration and human rights advocates welcomed the extension, and some gathered outside the White House on Friday to cheer the administration’s decision.

“Tonight, hundreds of thousands of families who have lived in limbo for so long can rest a little easier,” Cristina Morales, a Salvadoran TPS holder and a plaintiff in the lawsuit, said in a statement on Thursday shared by the National TPS Alliance advocacy group.

“The Biden administration acted to extend TPS now because of the strength of our community’s voice demanding greater protection,” Morales said.

Meanwhile, Emi Maclean, a senior staff lawyer at the ACLU Foundation of Northern California, said the fight would continue to get TPS holders permanent status in the US.

“Today, TPS holders still do not have permanent residence, along with all the civil rights and political equality they deserve,” Maclean said in a statement.

“Most members of this community have lived in this country for decades. They deserve lawful permanent residence, not life lived in 18-month increments. TPS holders, the TPS Alliance, and their allies will not cease until that demand has been met.”