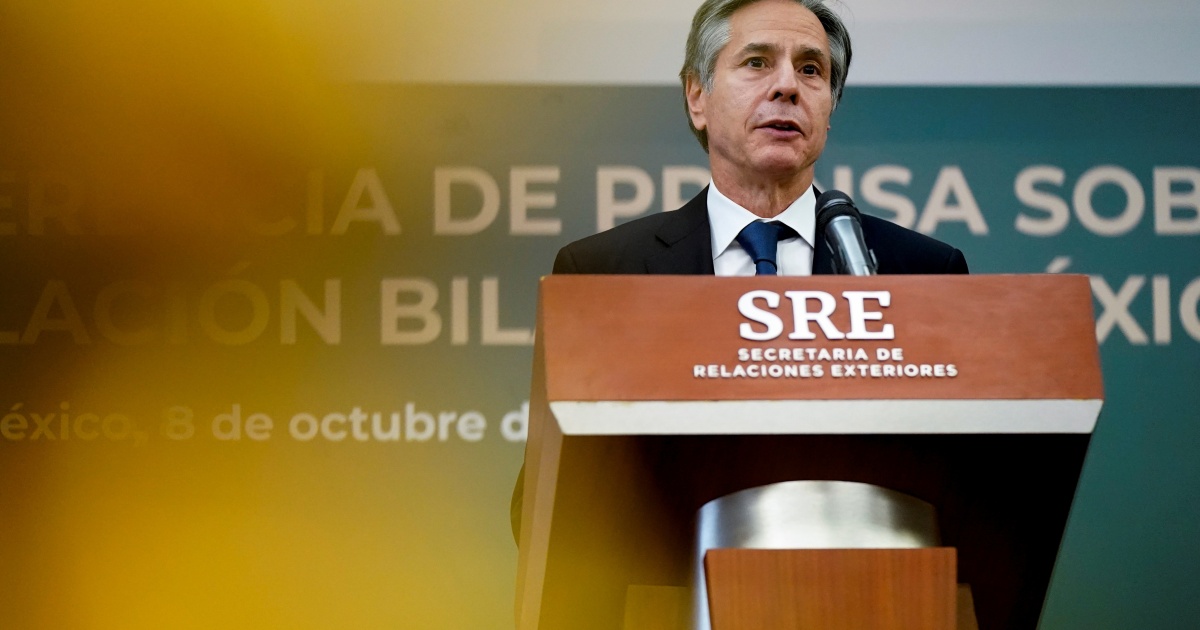 US accuses Cuba of using upcoming summit as propaganda

The White House has said it has not yet sent out invitations for the June 6-10 summit and refused to provide details.

The administration of US President Joe Biden has accused Cuba of creating controversy about its possible exclusion from the US-hosted Summit of the Americas next month to portray Washington as the “bad guy” and distract attention from Havana’s human rights record at home.

Speaking at a Latin America conference on Thursday, Kerri Hannan, deputy assistant secretary of state for Western Hemisphere Affairs, said countries that have threatened to skip the regional meeting if Cuba, Venezuela and Nicaragua are not invited should attend or else they would lose an opportunity to engage with the United States.

A potential boycott of the June 6-10 summit by a growing number of leaders, including Mexican President Andres Manuel Lopez Obrador, has raised the risk of embarrassment for Biden, who will host the gathering in Los Angeles.

Earlier this week, a US delegation travelled to Mexico to discuss the issue.

The development comes as the White House has said it has not yet sent out invitations and refused to provide details. However, a senior Department of State official said in April that Cuba, Nicaragua and Venezuelan President Nicolas Maduro’s government would likely be excluded because they have not shown respect for democracy.

Adding to weeks of Cuban criticism, President Miguel Diaz-Canel told lawmakers on Monday a “country incapable of accommodating everyone should be disqualified as serving as host”.

The Cuban embassy in Washington did not immediately respond to a request by the Reuters news agency for comment on Thursday.

“The Cubans are loving this, getting the attention that they get for not attending and … continuing to bang that drum,” Hannan said.

“The more that they can shine the light on us and call us the bad guy, they’re avoiding the fact that the repression that they’ve been actively perpetrating against their people,” she said, citing a crackdown on street protests last July. “They want the press on us not inviting them to the summit or not … Hypocrisy plays well in the media.”

Last July, thousands of Cubans took to the streets in rare anti-government protests to express frustration about the state of the economy and the handling of the COVID-19 pandemic.

Authorities responded by cracking down on protesters, and in January, the government acknowledged that more than 700 protesters faced criminal charges.

The development also came as the Biden administration this week announced a partial rollback of Trump-era restrictions on remittances and travel to the Communist-ruled island. Cuba’s vice foreign minister on Wednesday denounced US policy towards the island as one of continued “hostility” and “economic blockade.”

Lopez Obrador said last week he would not go to the summit if Cuba, Nicaragua and Venezuela were not invited. His Bolivian counterpart, Luis Arce, followed suit.

For his part, Nicaraguan President Daniel Ortega said he was “not interested” in the meeting. “This summit does not dignify anyone, rather, it dirties them, it sullies them. We Latin Americans have to defend ourselves so that they respect us,” Ortega said at a public event on Wednesday.

Brazilian President Jair Bolsonaro is also likely to skip the meeting, sources told Reuters, without specifying his reason. Guatemalan President Alejandro Giammattei said on Tuesday he would not attend, a day after the US criticised the reappointment of an attorney general it has linked to corruption.