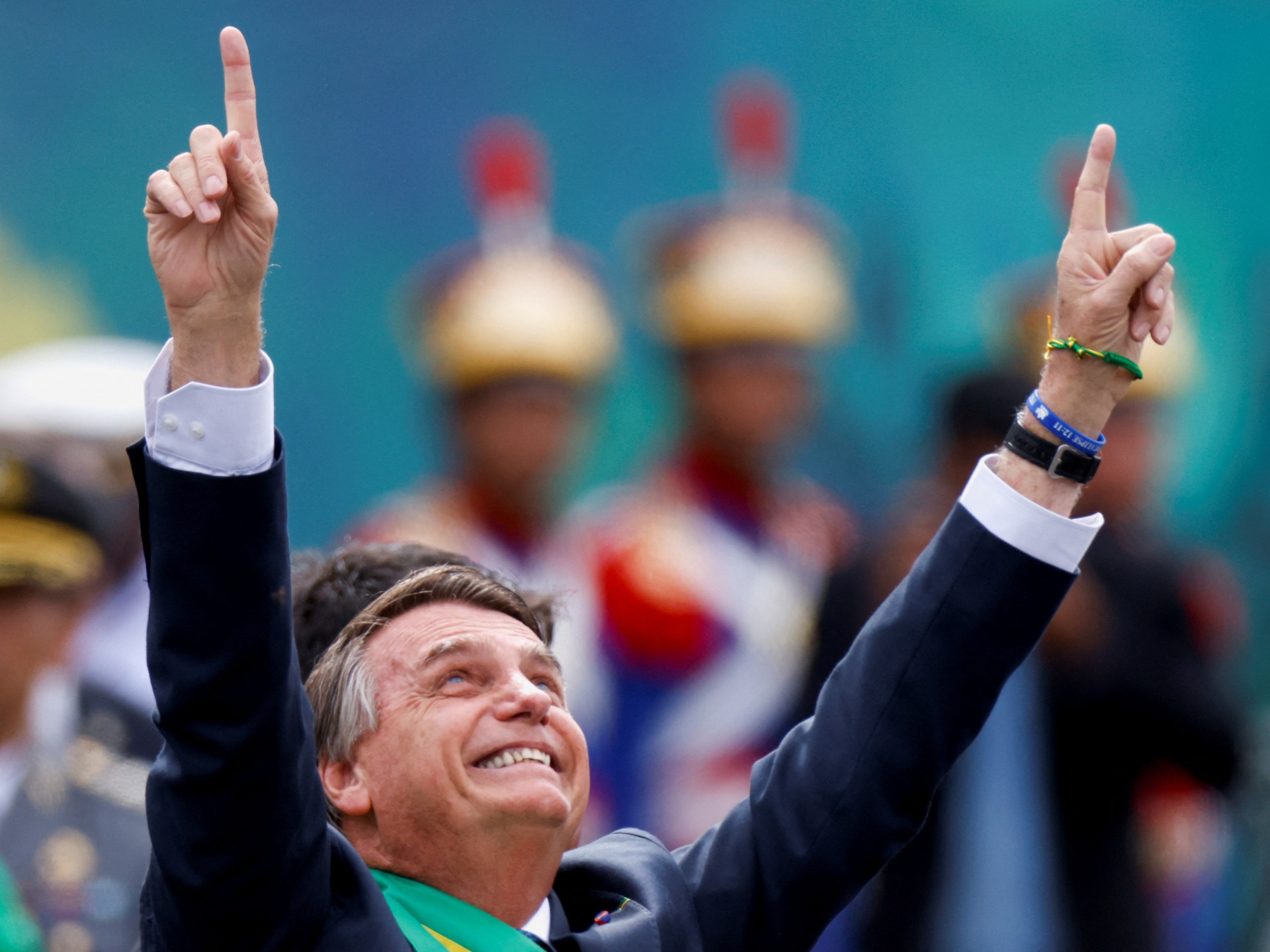 The first round of voting in Brazil’s presidential election has failed to yield an outright winner, leading to a runoff on October 30.

Leftist Luiz Inácio Lula da Silva, popularly known as Lula, went into election day on Sunday as the projected frontrunner, with recent opinion polls giving him a commanding lead over far-right President Jair Bolsonaro – and even a first-round victory.

Lula, a former president credited with building an extensive social welfare programme during his eight-year tenure starting in 2003, obtained 48.4 percent of valid votes, falling short of the overall majority he needed to avoid a run-off.

For his part, Bolsonaro got 43.2 percent, according to Brazil’s electoral authority, significantly outperforming pollsters’ predictions that saw him at a 14-points disadvantage.

Here is what to know about Brazil’s presidential race after Sunday’s vote:

Bolsonaro’s support is far from collapsing

Bolsonaro received 6.1 million votes fewer than his main opponent, but his Liberal Party will surpass Lula’s Workers’ Party to become the biggest in the Senate.

The far-right fireband’s right-wing allies won 19 of the 27 seats up for grabs in the Senate, and initial returns suggested a strong showing for his base in the lower house, limiting Lula’s room for manoeuvre if he wins the presidency.

Among the notable winners in the lower house were Bolosonaro’s former health minister (a general who oversaw the pandemic’s troubled management), and his former environment minister, who resigned in the midst of an investigation into whether he had aided the export of illegally cut timber from the Amazon.

The president’s hardline views on street crime and religious conservatism, along with his laissez-faire approach to economic and environmental regulation, resonate in many parts of Brazil, including in some corners of the Amazon where he is popular among evangelical voters.

But the past four years have also been marked by Bolsonaro’s incendiary speeches and testing of democratic institutions, as well as his government’s widely criticised handling of the COVID-19 pandemic and the worst deforestation of the Amazon rainforest in 15 years.

A tight second round

Lula’s first-round advantage does not ensure him a second-round victory. The nine other presidential candidates received a fraction of the frontrunners’ support, but their endorsement can prove critical.

The strong showing for Bolsonaro and his allies has added pressure on Lula to move towards the centre.

Centrist Senator Simone Tebet, who got 4 percent of the votes, and centre-left former lawmaker Ciro Gomes, who got 3 percent, both said on Sunday night they would announce decisions about endorsements in the coming days.

Addressing the media at a hotel in central São Paulo, Lula said, “the struggle continues until our final victory”.

“We are going to win these elections – this for us is simply extra time,” he added.

But the former president credited with helping lift tens of millions out of poverty is also remembered for his administration’s involvement in vast corruption scandals that entangled politicians and business executives.

His convictions for corruption and money laundering led to 19 months in prison. That meant he could not run in the 2018 presidential race that polls indicated he led against Bolsonaro.

Tensions remain high, as are the stakes

If Bolsonaro pulls off a comeback, it would break with a wave of victories for leftists across the Americas in recent years, including in Argentina, Chile, Colombia, and Mexico.

Bolsonaro has built a devoted base by defending conservative values and presenting himself as protecting the nation from leftist policies that he says infringe on personal liberties and produce economic turmoil.

He has made baseless attacks on the integrity of Brazil’s electronic voting system, but on Sunday night he sounded confident victory was within reach and avoided criticism.

Technology specialist Michael Kovacs told Al Jazeera the electronic voting system is secure. “It uses the most modern mechanisms of cryptography and digital signatures and is considered one of the most secure electoral systems in the world,” Kovacs said.

Ahead of the October 30 run-off, some fear the country could slide into political violence.

On the campaign trail, Bolsonaro had repeatedly hinted that he would not accept a Lula victory, raising concerns of a Brazilian version of the riots last year at the United States Capitol after former President Donald Trump insisted he was the winner of the country’s presidential election.

“[Bolsonaro] won’t accept the results of the elections if he loses,” Praca told Al Jazeera. “He needs a narrative, he needs to be able to tell a story about why he lost and who is behind this.”