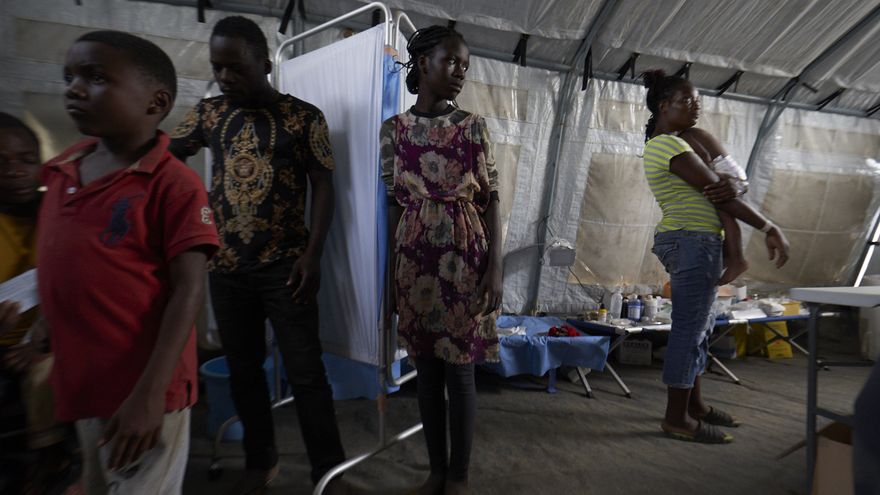 The number of migrant children and adolescents crossing the dangerous Darien jungle, on Panama's southern border with Colombia, bound for North America, has increased dramatically since 2017, a UNICEF report indicates.

The report of the United Nations International Children's Emergency Fund (UNICEF), released on Monday in Panama, offers revealing figures of the flow on one of the most risky routes in the world, whose transit continued despite the restrictions due to the coronavirus, although in lesser amounts compared to to the flow that occurred prior to the pandemic.

UNICEF assured that at the end of last year the first cases of sexual violence against minors were registered.

"I have seen women leave the jungle with their babies in their arms after walking for more than seven days without water, food or any type of protection," said Jean Gough, UNICEF Regional Director for Latin America and the Caribbean, in the report. Gough had spent two-day in the area.

“These families are pushing their own limits and putting their lives in danger, often without realizing the risk they are running.” Minors generally hang on to their relatives.

In the last four years, more than 46,500 migrants have crossed the Darien jungle, of which 6,240 were children and adolescents, the report details.

This is a flow that gained notoriety a decade ago and in which migrants from Cuba, Haiti and more distant nations in Africa and Asia affected by war, violence and poverty take part. The goal is to reach North America, particularly the United States.

The migrants not only have to navigate a jungle with mountainous terrain, full of insects and snakes, but also gangs dedicated to human and drug trafficking. The migrants who have managed to cross this dense jungle claim that armed individuals abuse women and take money and other belongings from the walkers during the difficult journey.

"Migrants who are trapped in it are exposed to multiple threats, including death," says UNICEF. "In this context, women, especially pregnant women, as well as children and adolescents, are the most vulnerable."

He said that those who emigrate through the Darien Gap are not just single men in search of work, but entire families fleeing the violence and poverty of more than 50 countries around the world, with the dream of finding better opportunities in the North.