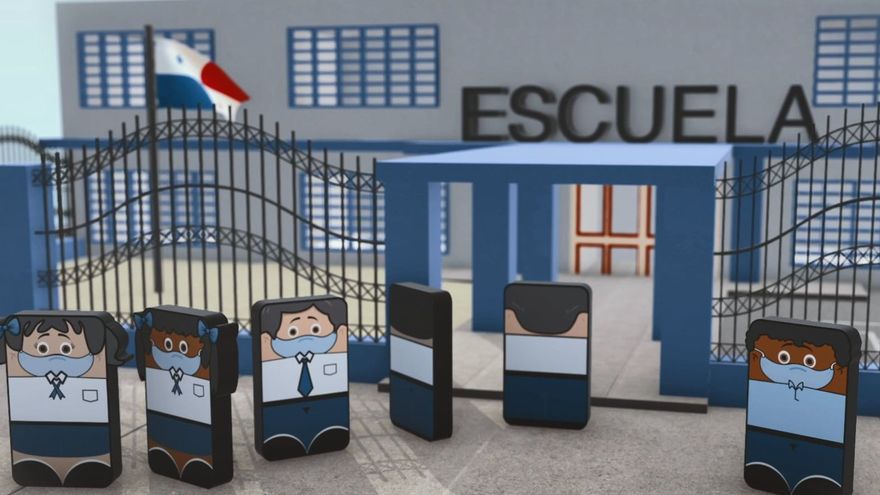 UNICEF alerts: 114 million children are still out of classrooms in Latin America

Latin America and the Caribbean is experiencing "the worst educational crisis in its modern history" due to the prolonged total or partial closure of schools due to the pandemic, with 114 million students without face-to-face schooling, the highest number in the world, UNICEF warned this Wednesday.

After a year within pandemic, "to date only 7 countries in Latin America and the Caribbean have completely opened their schools. In 12 countries and territories, schools remain completely closed and in the rest of the region they are partially closed," said United Nations International Children's Emergency Fund (UNICEF).

Children in the region have missed an average of 158 days of face-to-face classes, the UN body indicated in a public statement released by its office for Latin America and the Caribbean, based in Panama.

"Nowhere else in the world are so many children without face-to-face education," warned the UNICEF regional director for Latin America and the Caribbean, Jean Gough, who called the situation "the worst educational crisis that the region has faced in its modern history. ".

RISK OF DROPOUT AND LOSS OF SKILLS

Unicef ​​said that many students have already missed a year of face-to-face schooling and have started this 2021 in the same situation, and warned that the longer they stay out of school, the less likely they will return to it.

It is already estimated "that more than 3 million students in the region could permanently abandon their studies due to the pandemic."

The UN body stressed that the impact of school interruptions on learning performance "will be severe and lasting", taking into account that in the region, even before the pandemic, "many primary and secondary students did not reach the levels basic skills in mathematics, reading and writing ".

Unicef ​​cited a recent World Bank study according to which "after 10 months (one school year) without classes, 71% of students in lower secondary school may not be able to adequately understand a text of moderate length. Before the pandemic the figure was 55%. And if schools are closed for another three months, the percentage would rise to 77%."

"Despite the government's efforts to guarantee the continuity of distance education through virtual platforms, radio and television, school interruptions have had a negative impact on learning achievements, in terms of protection, physical and mental health and in the socioeconomic perspectives of the students in the future, "said Unicef.

America, with 54.1 million cases and 1.3 million deaths, is the region most impacted in the world by the new coronavirus. Latin America reports some 23.5 million infections and more than 743,000 deaths.

In this context, the Unicef ​​director for the region said that "we are not asking that all schools reopen everywhere at the same time; we are asking that schools be the first to open and the last to close."

"Several countries in Latin America and the Caribbean have made great strides in prioritizing an urgent and gradual school reopening; now is the time for others to follow the same path throughout the region," added Gough.

Distance education programs, he added, "must continue and expand to reach more and more boys and girls, but they will never replace face-to-face schooling in the classroom with a teacher, especially for the most vulnerable students."

UNICEF said it recognizes the efforts of governments working together with partners to continue mitigating the risks inherent in the disruption of education.

He added that given the "urgent need" to raise awareness about the importance of the school reopening, he launched his campaign #LasEscuelasPrimero, "which reflects the state of classrooms in the region, millions of empty chairs waiting for students to resume classes and continue your learning process."

Oh ya 24 days ago
And time has proven that school aged kids have a 99.997 % chance of living if they get the flu.. Whomever made the decision to close the schools needs to be fired
View all comments (1)Add comment