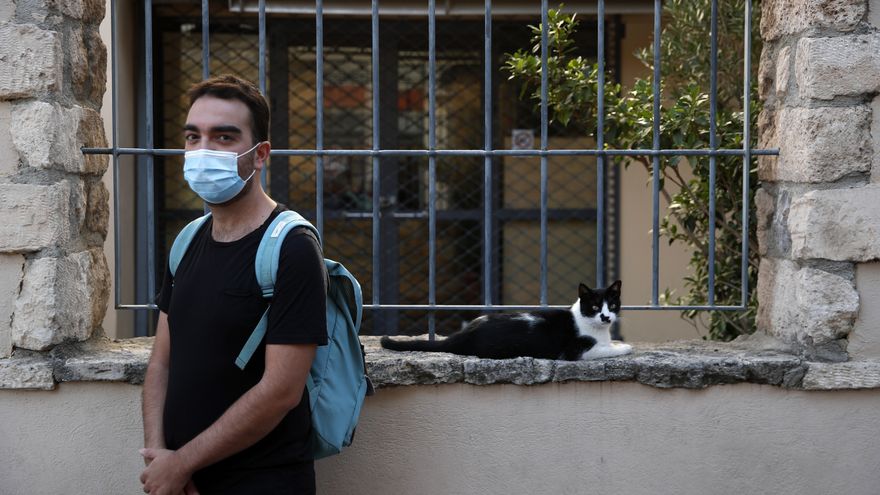 The unemployment rose in August for the fifth consecutive month in Europe, and is expected to further rise further amid concerns that government support programs can not keep afloat forever many businesses affected by the restrictions imposed because of the pandemic of COVID-19.
The unemployment rate rose to 8.1% in the 19 countries that use the euro, up from 8.0% in July, according to official statistics released Thursday. The number of people out of work increased by 251,000 during the month to a total of 13.2 million.

Although the unemployment rate in Europe remains subdued compared to strong increases in many other countries, economists predict that it could exceed 10% in the coming months as wage support programs expire. Due to new outbreaks and infections, many countries have again imposed restrictions on business and public life, measures that could be expanded and cause more layoffs.

European governments have approved billions of euros (dollars) in business assistance, establishing or strengthening programs to keep workers on the payroll. In the region's largest economy, Germany, some 3.7 million people continue in job-related support programs. With no clear end to the pandemic in sight, the government has expanded those programs through the end of 2021. One program pays more than 70% of salaries to employees whose hours were cut or lost their jobs. The European Central Bank is pumping 1.35 trillion euros ($ 1.57 trillion) into the economy.

Although that assistance has slowed the wave of unemployment, jobs continue to disappear. Companies in the most affected sectors, such as tourism, travel and restaurants, anticipate a long period of weakness and are therefore laying off workers.

In the center of the Portuguese capital Lisbon, 21-year-old Mary Lopes was fired from a restaurant and was not included in a layoff plan by her employer. She continues to await the unemployment documents. The restaurant he worked at closed in March. When it reopened, only a few employees were kept in their jobs, with more difficult conditions, and the rest were left without work.

I've been working since I was 16, Lopes said, I was a good waitress, I knew I was a very good waitress. So I don't understand this situation we're going through.

Her older colleagues, Anabela Santos, 48, and Carlos Silva, 69, said they barely cover their expenses with unemployment benefits. Santos paid five months of past due bills when she received her unemployment payment, and she sent resumes to many places. "I have not been able to find another job," he said.

It's an overdose of stress because we don't have a penny in our pocket, Silva said. They leave us without money after paying rent, water, electricity, and then we are suffering those 30 days until the next 28 of the month.

The pandemic is increasing unemployment around the world. Britain faces a sharp rise in unemployment, and the government plans to replace a severance support program with a more limited version by the end of October. Some economists expect the unemployment rate to double to 8% by the end of the year. The lack of progress in reaching a new trade agreement with the EU is likely to only complicate matters.

In the United States, the unemployment rate fell sharply in August to 8.4%, after a sharp increase at the beginning of the year. The United States, which has fewer labor market support programs, posted 14.7% unemployment in May, followed by a sharp decline as businesses and states reopened. The number of Americans applying for unemployment benefits for the first time declined last week to 837,000, which remains high, an indication that companies continue to cut jobs despite the interim recovery that began when states resumed economic activities.
#COVID-19  #Covid
Add Comment