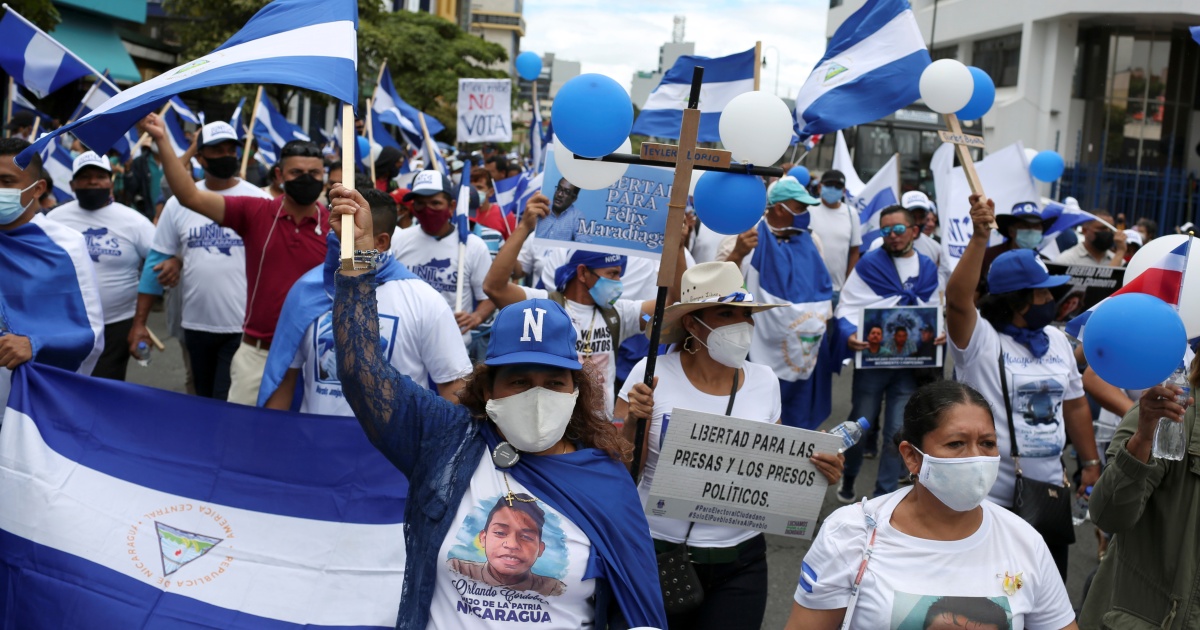 Michelle Bachelet says ‘sociopolitical, economic and human rights crises’ are driving thousands out of the country.

The United Nations human rights chief has warned that “sociopolitical, economic and human rights crises” in Nicaragua are forcing thousands to leave their homes, in a wave of migration that is growing in “unprecedented numbers”.

At a Human Rights Council hearing on Thursday in Geneva, UN High Commissioner for Human Rights Michelle Bachelet said the situation in the Central American nation continues to deteriorate.

“The sociopolitical, economic and human rights crises we are witnessing in Nicaragua are driving thousands of people from the safety of their homes. The number of Nicaraguans leaving the country is growing in unprecedented numbers, even higher than in the 1980s,” Bachelet said, according to a readout of her remarks.

She pointed to arbitrary detentions and harsh prison conditions, a lack of due process, increased state control over academic institutions and non-profit organisations, and curbs to freedom of association as some of the factors contributing to a deteriorating human rights situation.

“I strongly urge the government of Nicaragua to uphold – not move further away from – its human rights obligations. I call on authorities to immediately cease policies which are today only serving to isolate the country and its people from the regional and international communities,” she said.

Nicaraguan President Daniel Ortega has overseen a sweeping crackdown on opposition leaders, civil society activists and presidential hopefuls, with a campaign of arrests ramping up ahead of elections last year.

Ortega was re-elected to a fourth consecutive term in the November 7 vote, but the United States, European Union and several human rights organisations decried the process as a “sham”.

Washington and its allies have imposed a series of sanctions on Nicaraguan officials, including US visa restrictions imposed this week against more than 90 prosecutors, judges, and lawmakers accused of helping Ortega’s government stifle opposition voices.

Dozens of opposition figures have been arrested and many now have been sentenced to lengthy prison terms on charges that rights groups say are unfounded. Others have fled Nicaragua, often to neighbouring Costa Rica.

In her comments on Thursday, Bachelet said that over the last eight months “the number of Nicaraguan refugees and asylum seekers in Costa Rica has doubled, reaching a total of 150,000 new applicants since 2018″.

She said the number of Nicaraguans intercepted at US border crossings also has seen “an unprecedented increase” – jumping from 3,164 in September 2020 to 92,037 in April of this year.

“In March 2022, the number reached 16,088, the highest recorded to date for a single month, and eight times higher than that recorded in March 2021,” Bachelet said.

The UN human rights chief called on Ortega’s government to allow her staff to visit the country. “Granting access to the country for the staff of my office would constitute a positive step forward – we stand ready to bolster efforts to advance human rights for the people of Nicaragua,” she said.