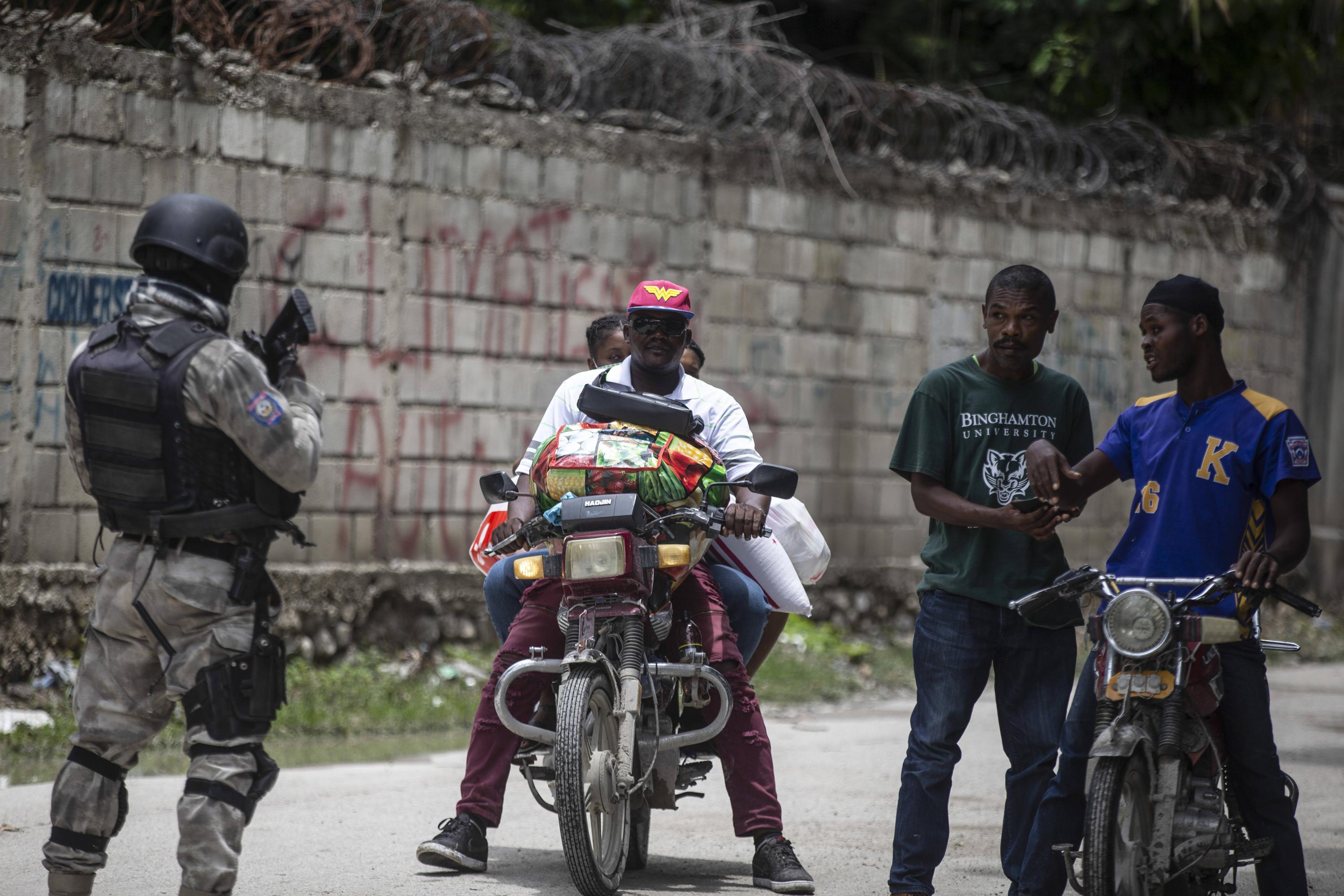 A U.N. special envoy warned Thursday that Haiti’s police force needs immediate help to fight crime and violence, noting that gangs have grown so powerful they recently seized control of a local courthouse.
Helen La Lime, the top U.N. official in Haiti, said insecurity is rapidly deteriorating in the country of more than 11 million people, with an average of almost seven kidnappings reported a day.

In May alone, she said more than 200 killings and 198 abductions were reported. Those kidnappings included two busloads of children and three U.N. personnel and their dependents, with one local staff member killed in a crossfire between gangs, according to a U.N. Security Council report.

“The pervasive and deepening sense of insecurity, exacerbated by the (Haitian National Police’s) seeming inability to address the situation and the manifest impunity with which criminal acts are being committed, is dangerously fraying the rule of law,” said La Lime, who spoke at a U.N. Security Council meeting on Thursday.

The warning comes just days after a gang targeted the Court of First Instance in the capital of Port-au-Prince, looting and burning case files and pieces of evidence, she said. Authorities have identified the gang as “5 Seconds,” which supposedly represents the amount of time it takes them to commit a crime. They control the Village de Dieu slum located in front of the courthouse they targeted.

Government Commissioner Jacques Lafontant told The Associated Press that he is still waiting for Haiti’s National Police to go to the courthouse to assess the damage and ongoing situation.

“For now, it’s clear that the place is under the control of the gang,” he said.

Lafontant added that while services at the Court of First Instance were interrupted after the gang burst into the courthouse on Friday, they have temporarily resumed at another government building in the capital.

Meanwhile, Aine Martin, who oversees Haiti’s association of court clerks, told the AP that the gang destroyed documents and barred lawyers and judges from reaching their offices. He said authorities are still trying to remove a huge safe from the courthouse that contains important documents and evidence including guns and money. He declined to provide details about the case files, including whether any are related to the investigation into the July 7 assassination of President Jovenel Moïse that remains stalled.

“These groups are being guided by an invisible hand to destroy sensitive documents,” he said, declining to identify who he thinks might be giving orders to gangs.

Fondasyon Je Klere, a human rights group based in Haiti, said employees, lawyers, defendants and others were able to save themselves by climbing walls and receiving help from police the day the gang attacked the courthouse.

The organization added that one person was injured by a bullet as gangs stole seven cars and equipment including computers, chairs and air conditioners.

Three days later, the furniture was seen on display along a nearby street for sale, the rights group said.

It noted that the court takeover occurred days after criminals took over the nearby building of the Center for Planning Techniques and Applied Economics.

Before the gang burst into the courthouse, lawyer unions and others had been protesting what they said was a lack of security as they demanded more protection. Meanwhile, court clerks launched a countrywide strike in mid-April that lasted more than a month.

U.N. officials note that Haitian police have arrested hundreds of suspected gang members and killed more than 120 others, as well as seized several hundred firearms and increased checkpoints and patrols. They added that while various countries including the U.S. have provided training and equipment, the department remains understaffed and under resourced, with only 12,800 active police officers for a country of more than 11 million people.

La Lime, the U.N. official, said gangs are creating a “state of terror” in Haiti and blamed the ongoing instability on what she called a “prolonged institutional vacuum.”

Haiti has not had a functioning Parliament for more than two years, and it has yet to organize general elections after its president was killed at his private home. La Lime also warned that proposals to move the country forward are crumbling, and that the United Nations Integrated Office in Haiti known as BINUH is trying to revive dialogue between all parties.

“It is highly unlikely that elections which would usher a return to democratic governance will take place this year,” she said, adding that the creation of a new Provisional Electoral Council is “frustratingly still a distant prospect.”

Thousands continue to flee Haiti as the country’s economy erodes and violence spikes, with gang wars displacing at least 17,000 people.

A growing number of Haitians are embarking on deadly voyages to try and find better lives in nearby Caribbean islands or in the United States. Last month, 11 Haitian women died after a grossly overloaded boat they were on capsized. At least a dozen migrants remain missing and 38 others were rescued — 36 of them Haitian. Also last month, more than 840 Haitians aboard one boat landed in Cuba, the largest such single arrival in recent history.

In addition, U.N. officials said some 40,000 Haitian nationals and those of Haitian descent have been expelled from countries in the Americas region from September 2021 to March 2022, exacerbating humanitarian challenges.
Add Comment