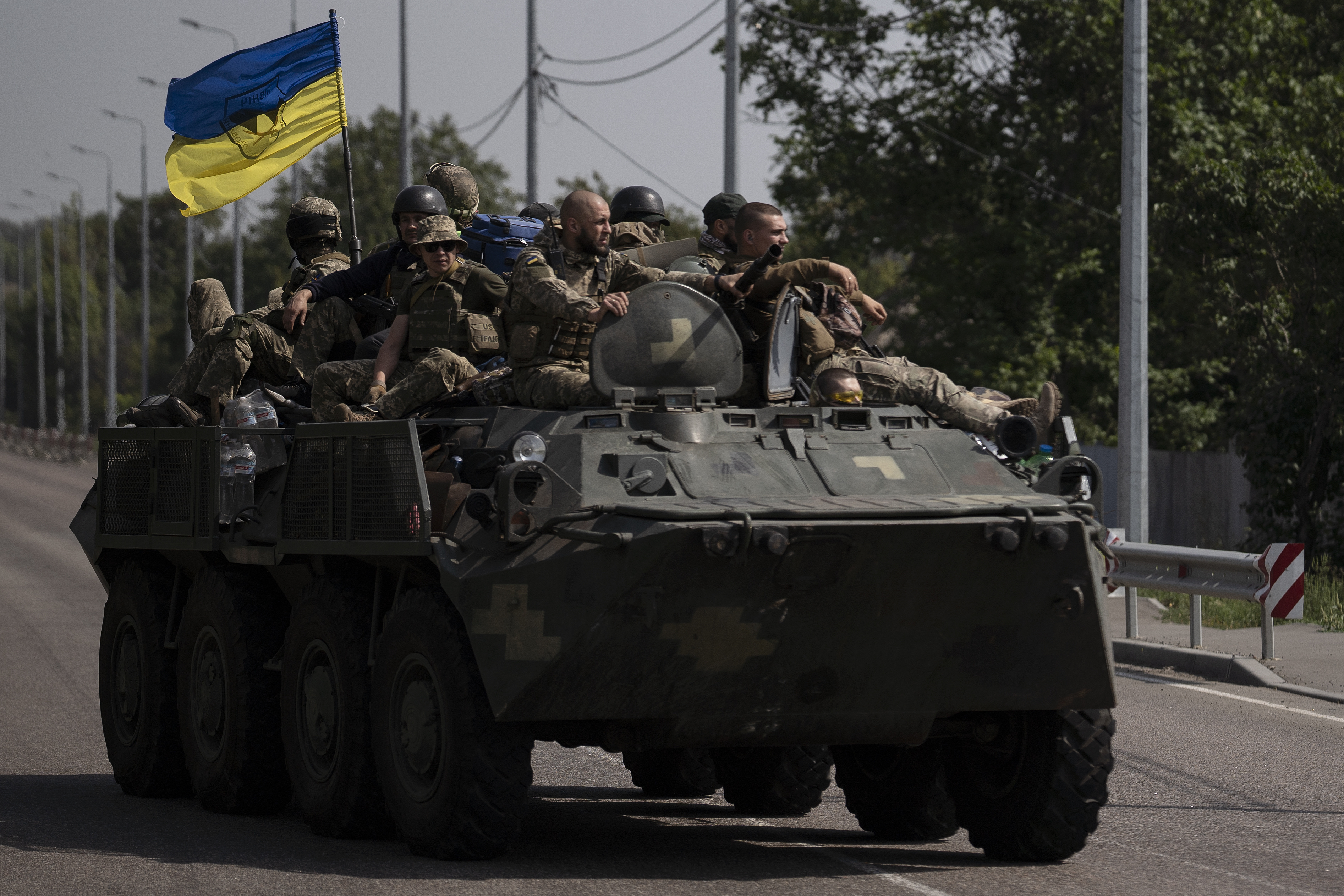 Ukrainian officials announced the operation to liberate Russian-occupied territories in the country’s south on Monday, following weeks of counterattacks on towns in the Kherson region.

The U.S. has assessed that Ukraine has a “good chance” to retake territory that Russia captured in its initial invasion, after Kyiv on Monday launched a counteroffensive, according to two Defense Department officials.

Ukrainian forces have taken out “most” of the bridges crossing the Dnipro River using U.S.-supplied High Mobility Artillery Rocket Systems and other weapons, said the officials, speaking on condition of anonymity to discuss a sensitive operation. The bridges serve as a crucial route to resupply Russian troops stationed to the west of the river, which are now at risk of being cut off from the rest of Moscow’s occupying forces.

Destroying the bridges is part of Kyiv’s operation to prepare the battlefield for the counteroffensive, the officials said, noting that Ukrainian forces are also attacking logistics, command posts and airfields ahead of the operation.

The goal of this phase of the counteroffensive is to cut Russian forces off at the river and force them to surrender the city of Kherson, they said. At this point, crossing the river would be “very tough to do,” one of the officials said.

Ukrainian officials announced the operation to liberate Russian-occupied territories in the country’s south on Monday, following weeks of counterattacks on towns in the Kherson region. Ukraine’s armed forces claimed that they had breached Russia’s “first line of defense” near Kherson.

The U.S. is supporting the counteroffensive with visual intelligence about the battlefield from satellites and advice on how best to use weapon systems, one of the officials said.

John Kirby, a spokesperson for the National Security Council, would not confirm the counteroffensive has begun and referred questions to the Ukrainian Armed Forces. But he stressed that Kyiv has been conducting a more “localized” counteroffensive for weeks.

“The idea of going on the offense is not new to the Ukrainians, and they have been taking the fight to the Russians inside their country,” Kirby said, noting that the HIMARS, in particular, has made a significant difference in the fight.

The system, along with precision-guided rockets, has allowed Ukraine to strike behind Russian lines and pushed Moscow into defensive positions, Kirby said.

The conflict has offered the U.S. the rare opportunity to assess the HIMARS capability, and that of Russian defenses in action, one of the DoD officials said. U.S. officials are “a little surprised” at how well the HIMARS is performing — and by how poorly Russian defensive capabilities have fared against the attacks, the person said.

“The Ukrainians are doing very well at what they are doing with them and how they are employing them, but we are also learning that they are able to get through a lot of Russian systems,” the person said.

The next question, one of the DoD officials said, is whether Russian forces decide to surrender the captured territory in the south or reposition units from the fight in the east.

Kirby said Moscow has already had to pull resources from the fight in the Donbas, where Russia has concentrated most of its forces, due to reports that Ukraine might be going on the offensive in the south.

“They’ve had to deplete units from certain areas in the east and in the Donbas to respond to what they clearly believe was a looming threat of a counteroffensive,” Kirby said. “From a strategic perspective, it has already had an effect on Russian military capability inside Ukraine.”

Upriver from Kherson, a team from the United Nations nuclear watchdog is expected to inspect the Zaporizhzhia nuclear plant, which was captured by Russian forces in March and has become a dangerous frontline in the conflict.

Russia has “essentially militarized” the power plant, which is still manned by Ukrainians, by stationing weapons and soldiers there, Kirby said.

“We continue to believe that a controlled shutdown of Zaporizhzhia nuclear reactors would be the safest and least risky option in the near term, “Kirby said.

Oh ya 154 days ago
Funny story. Hopium will not win this but America is willing to fight until the last Ukraine solder is dead. The US is using the Israel idea of getting someone else to fight your battles
View all comments (1)Add comment