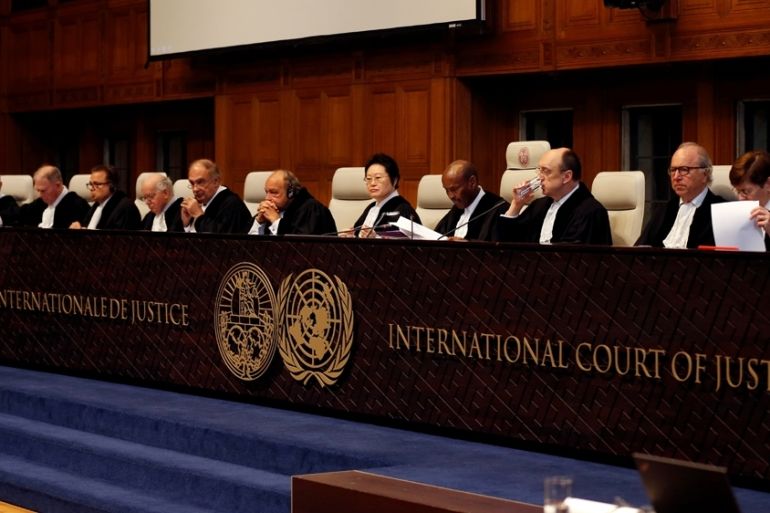 Ukraine files claim against Russia with International Court of Justice

Ukraine has filed an application to institute proceedings against Russia before the International Court of Justice (ICJ) for a “dispute … relating to the interpretation, application and fulfillment of the 1948 Convention and Prevention of Punishment of the Crimes of Genocide,” according to an ICJ news release on the filing.

In the application, Ukraine says Russia has “falsely claimed that acts of genocide have occurred” in the separatist regions of Luhansk and Donetsk, adding Russia then subsequently declared and implemented a “special military operation” against Ukraine, the news release says.

President Volodymyr Zelensky announced the news on Twitter, requesting an "urgent decision" from the ICJ. 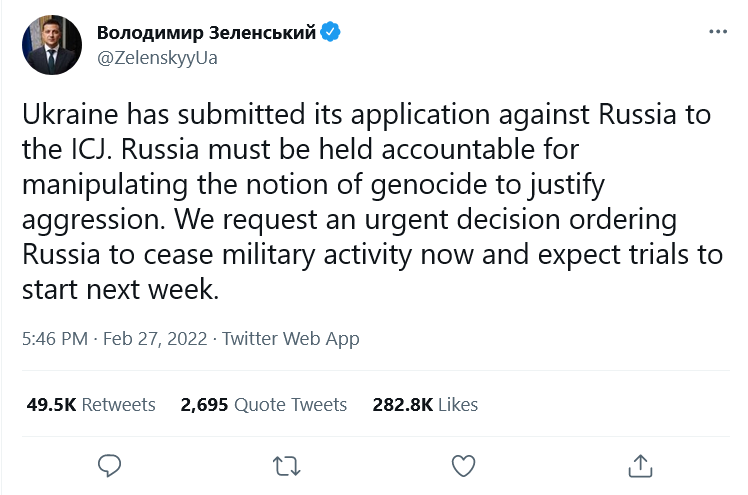 Ukraine also accuses Russia of “planning acts of genocide" in the country and says Russia is “intentionally killing and inflicting serious injury on members of the Ukrainian nationality,” according to the news release.