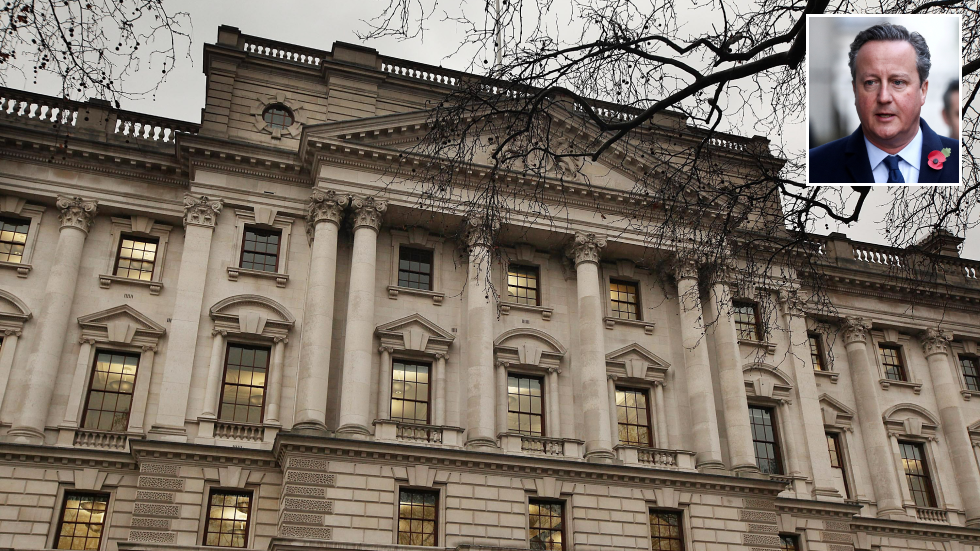 Sensitive data from over 100 UK Treasury phones, including text messages related to the Greensill lobbying scandal involving former Prime Minister David Cameron, was deleted after officials apparently entered incorrect pins.
The department’s IT team had to reset some 117 of its roughly 2,100 government-issued mobile phones last year – including the work phone of its Permanent Secretary Tom Scholar, according to the Treasury’s response to a Freedom of Information request from the PA news agency.

The revelations are expected to add to criticism of the government’s transparency mechanisms, which have been attacked in recent weeks after it emerged that senior officials may have used personal email accounts to conduct government business.

Last week, the information commissioner launched an investigation into all private correspondence accounts used by ministers after concerns were raised about Junior Health Minister James Bethell’s use of personal emails for official work. Former Health Secretary Matt Hancock is also alleged to have done the same.

Scholar’s phone records gained prominence after it emerged that between March and June last year Cameron had messaged ministers, including Finance Minister Rishi Sunak, and government officials to lobby for the now-defunct financial company Greensill Capital.

The former PM, who was employed by the company, disclosed that he had sent nine WhatsApp messages to Sunak, and 12 texts to Scholar and other Cabinet and Treasury ministers, to allow Greensill access to the Covid Corporate Financing Facility (CCFF) government scheme set up to help businesses offset pandemic losses.

Although its proposal was eventually rejected, questions were raised about what had been said between Cameron and officials.

In May, Scholar told a parliamentary committee that he was unable to divulge communications he had with Cameron – under whom he had served as chief of staff at Downing Street prior to taking the Treasury post – because his phone had been wiped during a reset in June 2020.

“It had to be reset because, under government security as applies to mobile phones, if the password is incorrectly entered more than a few times, the phone is locked, and the only way to unlock it is to reset it,” Scholar said at the hearing.

“Resetting it means that the data on it is lost. I knew that when it happened last June, and I am certainly not the only person to whom that has happened,” he added.

Scholar also referred to two exchanges with Cameron: one about a “possible leak of the Greensill approach to the Treasury,” and another where “Cameron told me that they had a specific proposal to put to us.”

In each case, he claimed to have “made sure that anything that needed to be recorded for the official record was recorded, and that was not lost when the phone was reset.”

After a committee member said there was a “public interest” in publishing his replies, Scholar noted that if Cameron had copies of his responses, disclosure of these would be “governed by the Freedom of Information Act,” since these messages were “official government business” as they were “generated by me on an official government device” in the course of his work.

Another parliamentary inquiry into the lobbying scandal had questioned whether Scholar’s previous ties with Cameron were why he and the Treasury had spent so much time discussing what one committee member referred to as a “Ponzi scheme.”

Appearing before a House of Commons public accounts committee in April, Scholar said it was “quite natural” to talk to a “former minister I’ve worked with.” Describing Cameron as “persistent,” Scholar said he had met the ex-PM two or three times since he had stepped down from office, but “never to discuss Government business.”

He also claimed not to have had a “substantive discussion” of Greensill’s proposal with Cameron over the phone and to not have known Cameron worked for the company before receiving a letter from them about the proposal in March 2020.

“In terms of the actual discussions with the company over their application to the CCFF ... I just joined one phone call – I think it was less than half an hour – and that was the entirety of my involvement in it,” Scholar said, adding that he had “no further engagement” with Cameron after April 2020.

The public accounts committee is currently accepting evidence for the inquiry, which is scheduled to hold its next meeting on July 22. Scholar and other Treasury officials are again expected to attend.
#Covid
Add Comment