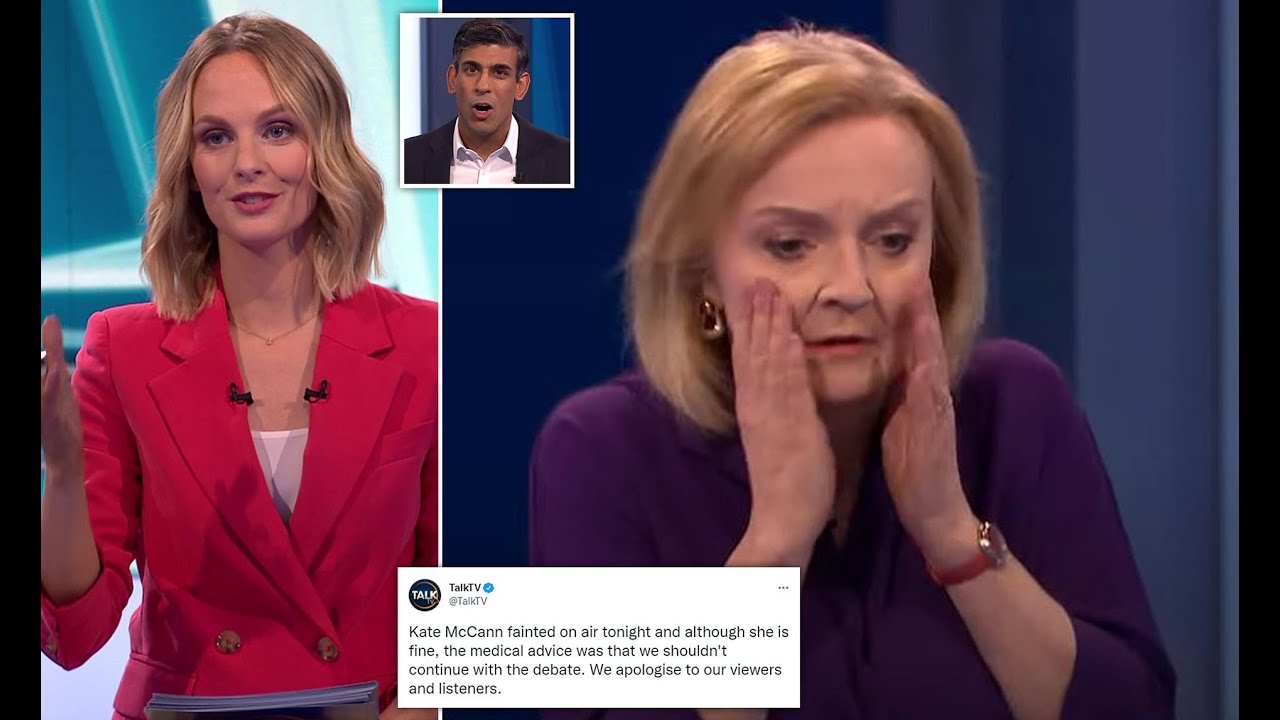 A televised debate between the candidates to become the United Kingdom’s next prime minister has been abandoned after the host fainted on air.
Rishi Sunak and Liz Truss, who are running to replace Prime Minister Boris Johnson, were debating on the Talk TV channel on Tuesday when a crashing sound was heard.

The camera was on Truss, who flinched and said “Oh my God” before the transmission was cut.

TalkTV later said in a statement that moderator Kate McCann “fainted on air tonight and although she is fine, the medical advice was that we shouldn’t continue with the debate.”

Another TalkTV host, Ian Collins, who began hosting from the channel’s studio after a short delay, said the candidates were continuing with a question-and-answer session off camera with the small audience present at the debate.

“It was a great debate and I look forward to getting grilled by you again shortly!”

The debate was sponsored by The Sun tabloid and Talk TV, both owned by Rupert Murdoch. McCann, Talk TV’s political editor, had been scheduled to co-host alongside The Sun’s Harry Cole, but he tested positive for COVID-19 earlier Tuesday.

The incident happened about half an hour into the hour-long debate, as Truss and Sunak sparred over taxes, how to help families struggling with the soaring cost of living and the best way to fund the National Health Service.

The debate is the second within 24 hours for Sunak and Truss, after they squared off Monday in a feisty BBC debate.

The pair are battling to succeed Johnson, who quit as leader of the governing Conservative Party on July 7 after months of ethics scandals triggered a mass exodus of ministers from his government.

The party’s approximately 200,000 members are set to vote next month and the winner to replace Johnson will be announced on September 5.
#Boris Johnson  #COVID-19  #Johnson  #Covid
Add Comment