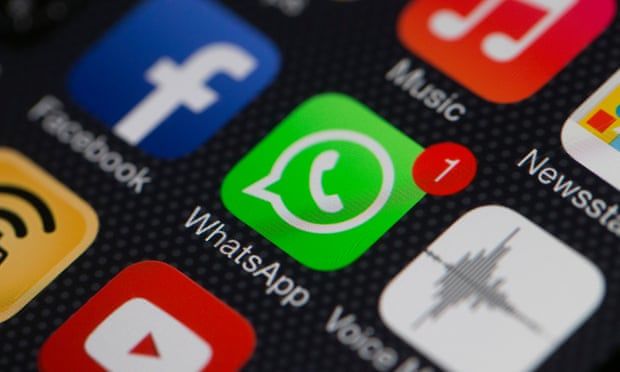 UK ministers accused of ‘government by WhatsApp’ in court

Transparency campaigners have accused ministers of conducting “government by WhatsApp” in the UK’s third-highest court, arguing that the use of self-destructing messages on insecure platforms is unlawful and undemocratic.

Ministers and government officials could be stopped from sending “disappearing messages” after failing to keep public records of exchanges on personal phones, email and WhatsApp.

Some of those communications addressed matters of considerable public importance relating to the pandemic response and the awarding of government contracts.

From Tuesday, two separate cases will be heard over three days, with a decision at a later date.

The first case is brought by transparency campaigners All the Citizens (ATC) and non-profit Foxglove over the use of disappearing messages and auto-delete functions. The second case, brought by the Good Law Project, focuses on private devices.

Ben Jaffey QC, representing ATC, said the messages could serve as a “public record for future societies” and that deletion does not adhere to “meaningful and parliamentary democracy”, allowing for “scrutiny through inquiries or court proceedings”.

The campaigners are also seeking an end to a Cabinet Office policy of deleting messages sent on personal devices, in some cases using functions that auto-delete messages after seven days, which they argue breaches the Public Records Act.

The government’s legal team contend that it is not unlawful for ministers to choose how they communicate, and the use of private devices is common in modern workplaces.

Executive director of ATC, Clara Maguire, said the case was prompted by a refusal from the Cabinet Office to answer questions on the use of WhatsApp for government business, which contravenes government policy.

She said: “It’s extraordinary that we’ve had to come to court to try and get answers. Our evidence reveals disappearing messages have been used time and again. This period, Boris Johnson’s government, will be a black hole for future historians.”

Evidence submitted to the judge includes several witness statements in which key figures of government are named for their use of personal devices and auto-deletion.

These include Johnson’s former chief adviser Dominic Cummings, half the permanent secretaries in the Cabinet Office, all the special advisers and most Cabinet Office ministers, including the former health secretary, Matt Hancock, and the education secretary, Nadhim Zahawi.

The evidence also shows that the prime minister requested summaries of his “red box” submissions by WhatsApp to his personal phone, even though No 10 policy prohibits the use of the platform for “non-trivial communications”.

In their written arguments, the claimants’ lawyers contended that the “admitted instances of the use of automatic deletion are likely to be the tip of a much larger iceberg”.

The government’s legal team has suggested that information in private accounts is “not, in principle, inaccessible” and can be retrieved on request, that although their use is discouraged it is not banned, and contend that “it is possible to operate automatic deletion lawfully and fairly”.

In a written submission, they argued that “there is no principle” of common law stopping ministers or officials from communicating in a way “they consider appropriate”.

They continued: “The claims advanced are detached from the reality of current working practices. The modern working age is defined by instant and fast-paced communications.”