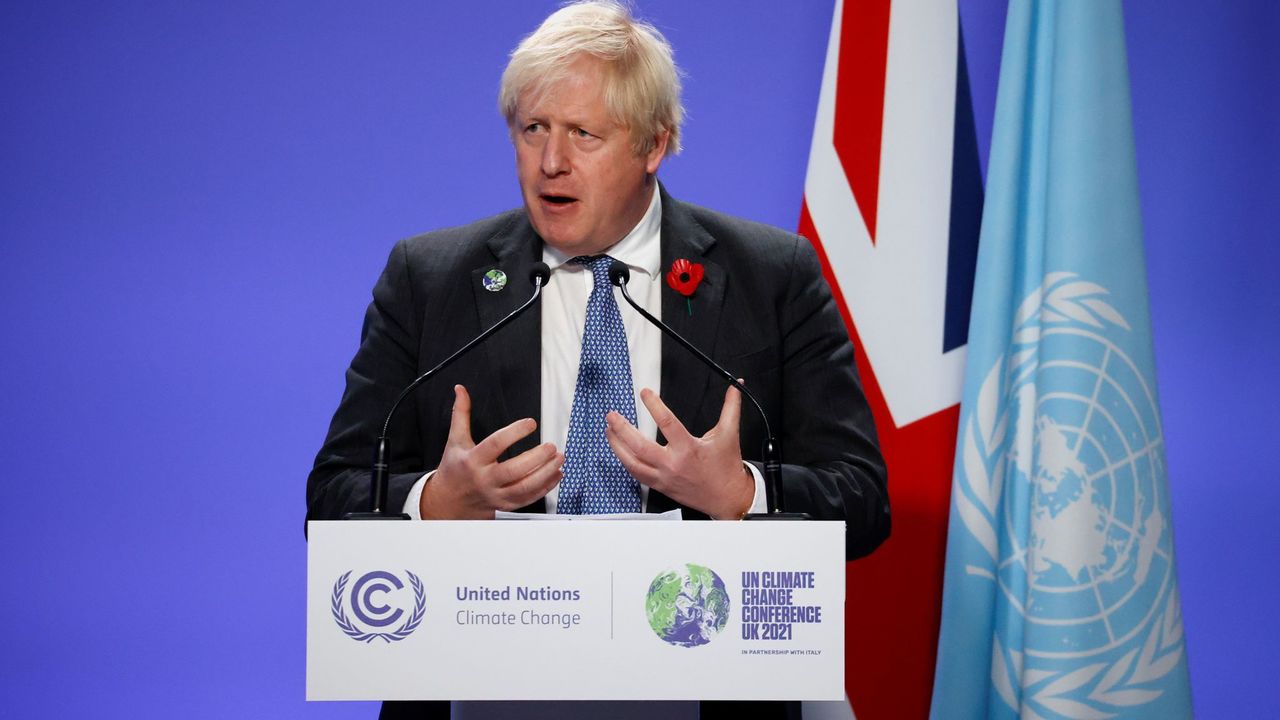 UK is not a corrupt country, says corrupted Boris Johnson

Boris Johnson has hit back at sleaze allegations, insisting the UK is not "remotely a corrupt country".

The prime minister said MPs faced "tough" scrutiny - and those who broke the rules should be punished.

He was speaking to the world's media at the COP26 climate summit in Glasgow.

It comes amid controversy over Conservative MPs with second jobs - and an investigation into Sir Geoffrey Cox doing paid outside work in his House of Commons office.

This, as well as paid lobbying - attempting to influence government policy in return for money - is banned under MPs' rules.

Asked if he had a message to voters concerned by headlines about the return of Tory sleaze, Mr Johnson said: "I genuinely believe that the UK is not remotely a corrupt country and I genuinely think that our institutions are not corrupt.

"We have a very, very tough system of parliamentary democracy and scrutiny, not least by the media.

"I think what you have got is cases where, sadly, MPs have broken the rules in the past, may be guilty of breaking the rules today. What I want to see is them facing appropriate sanctions."

But he added that MPs had been allowed to do other jobs, such as lawyers and doctors, for "hundreds of years", and "on the whole" this had strengthened British democracy by giving them "some experience of the world".

An awkward truth for Downing Street is that even though it's the behaviour of just a few dozen MPs that's being called into question, most of them are Conservatives, which is a fact they cannot avoid.

The prime minister's own handling of what's happening and his own attitude to the rules has infuriated many of his own colleagues, and that feeling has not gone.

By mentioning the allegations of corruption laid at the government's door, Boris Johnson has perhaps reinforced the criticism from the opposition, even if, by international standards, it is important to say the UK is nowhere near the top of the list.

Sir Geoffrey, 61, the MP for Torridge and West Devon since 2005, is facing questions after video footage emerged of him carrying out paid legal work from what appears to be his Commons office.

The former attorney-general, who continues to practise as a barrister alongside being an MP, was participating in a virtual hearing for an inquiry into alleged corruption in the British Virgin Islands.

MPs are allowed to have second jobs but their code of conduct says they cannot use public resources, including parliamentary offices, for "personal or financial benefit". Sir Geoffrey denies any wrongdoing. 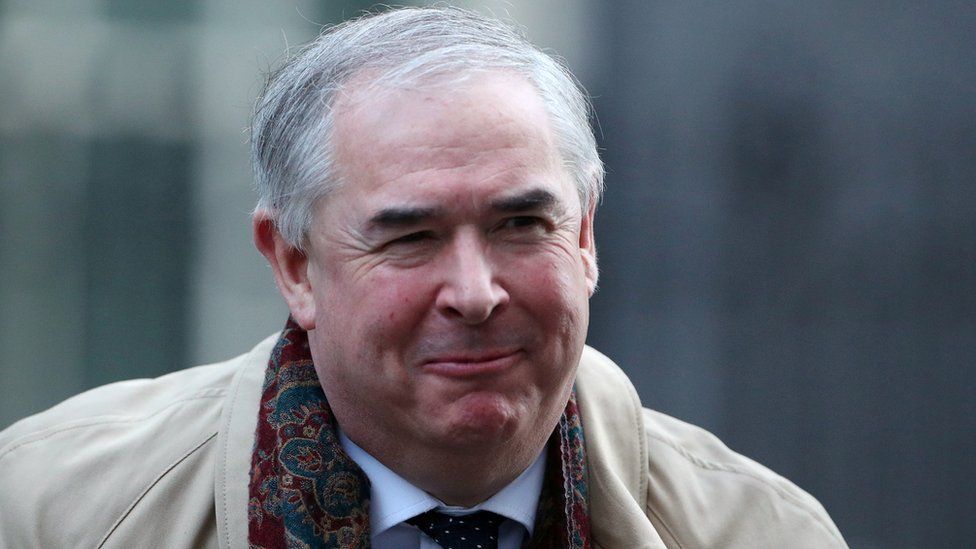 Last month, Tory MP Owen Paterson was found to have broken rules by lobbying the government on behalf of companies who were paying him - and for using his Commons office for business meetings, which is prohibited. He resigned from Parliament last week.

Mr Paterson has denied breaking the Commons lobbying rules, and says an investigation into his conduct by Parliament's standards commissioner, Kathryn Stone, was conducted unfairly.

Last week the government blocked a proposal to suspend him for 30 days, instead suggesting that the whole system for investigating MPs should be reviewed.

But ministers U-turned the next day, amid a furious backlash from opposition MPs and some Tories.

On Wednesday, Commons Speaker Lindsay Hoyle said the controversy had been a "dark day" for Parliament - and urged MPs from different parties to help "move Parliament to a better place".

Mr Johnson has been repeatedly asked if he will apologise for his botched attempt to rewrite the rules last week, but has declined to do so.

On Wednesday, Labour's deputy leader Angela Rayner said his failure to say sorry "proves that he doesn't care about tackling the corruption that has engulfed Downing Street, his government and the Conservative Party".

"Instead of taking responsibility, the prime minister is taking the mickey out of the British people and won't clean up his mess."

Mr Johnson has himself been found to have broken MPs' standards rules on several occasions.

In 2019, he was judged to have failed to declare a financial interest in a Somerset property in time.

It followed a similar finding in 2018, when he was ordered to apologise over the late declaration of £52,000 in book royalty payments.

What do MPs' rules say?

The code of conduct prohibits:

* The use of "public resources", including parliamentary premises, for work not carried out as an MP or minister

* Individual payments of more than £100 from an outside source