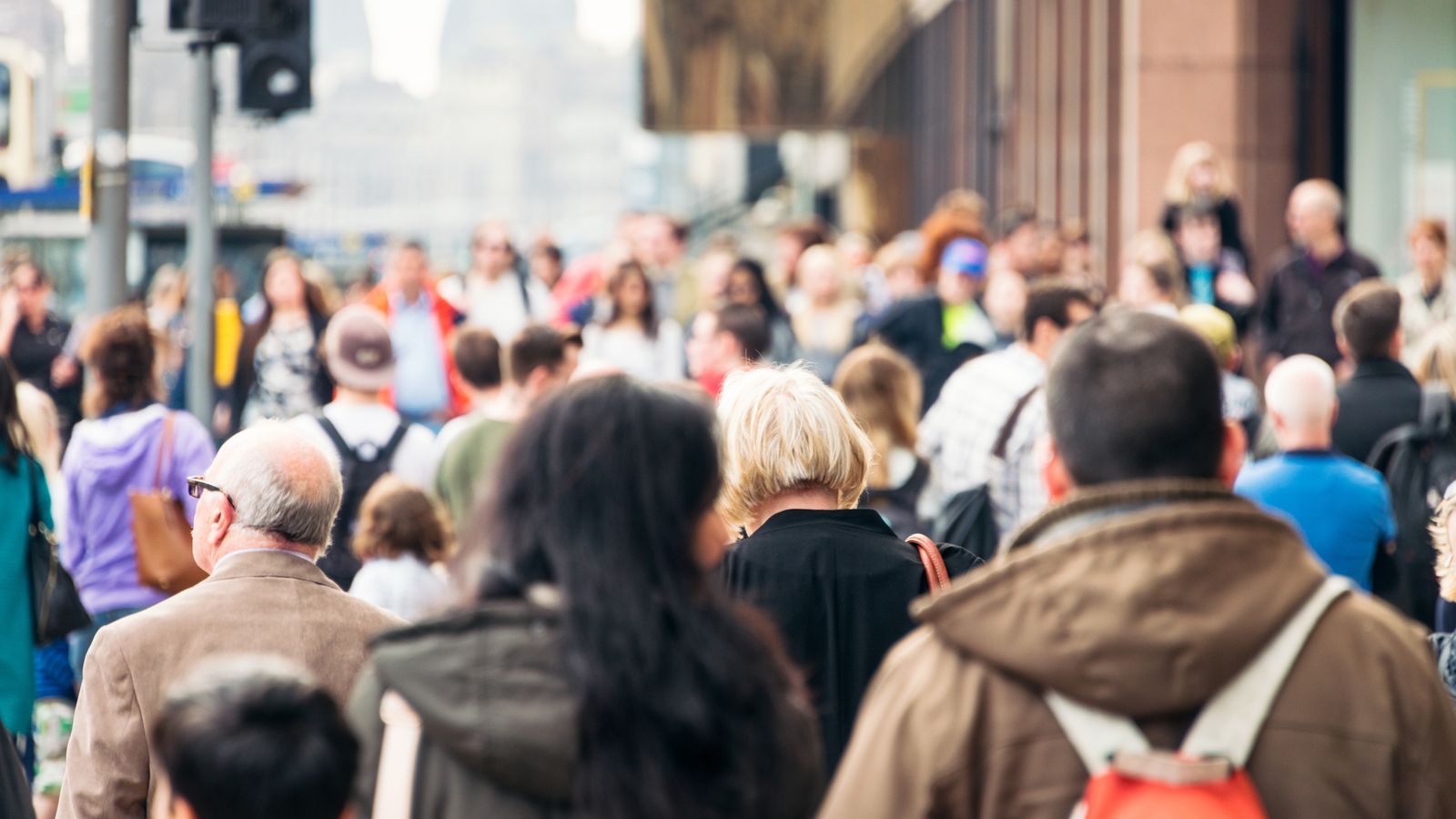 Lord Hammond told Sky News the UK economy will slow down quite sharply in the autumn, but said it is "probably a good thing".
The UK is heading for a recession, Lord Hammond has warned, saying "all the data points that way".

The former chancellor told Sky News the country faces a "very, very difficult period ahead in the short term".

He said he thinks the UK economy will slow down quite sharply in the autumn.

Lord Hammond said it was the "next part of the cycle that began with the COVID pandemic" when an "enormous government response" was delivered.

"To think that we can somehow move on from that, leave the tab on the table and act as if nothing had happened is unrealistic, is naive," he said.

"There's now got to be a part of the cycle where we correct for the extraordinary action that was taken during the pandemic.

"And a lot of what we're seeing at the moment in terms of inflation pressures in the domestic economy is a result of the people having saved quite a lot during the lockdown period and that saving getting released into the economy over the last six months."

He said that although the war in Ukraine is one of the drivers of inflation, the issue began long before the conflict, fuelled by COVID stimulus packages provided by the UK, US and other countries.

He said Brexit has also had an impact on soaring prices because it led to changes in supply chains.

"As we come out of the COVID crisis, supply and demand are out of kilter," he said.

He said there are many parts of the economy that are "still not back working back to normal yet" so there is "bound to be an effect there".

Asked if the government should increase spending or cut taxes, he said people are "looking for instant and pain-free solutions".

"During the period of the COVID crisis, they were invited to believe that the government could always deliver instant and pain-free solutions," he said.

"But you can't solve an inflation problem by injecting more liquidity into the economy - that is pouring fuel on the fire.

"And unfortunately, the issue in front of us at the moment is not about the short-term pain of inflation at 10%. We're having to live with that.

"The issue is whether we can now manage inflation down over the next year or so, to get back to something like normal."

He said the government "can't compensate people for all of the inflationary pressure" because short-term relief would lead to longer-term inflation.

Lord Hammond said an economic slowdown in the autumn is "probably a good thing".

He said he knows "people won't see it that way" but by "squeezing out the simulation before it becomes embedded, we stand a real chance of bouncing back next year in much better shape".

He expressed support for the Bank of England's decisions to raise the interest rate in the last few months.
#Covid
Add Comment