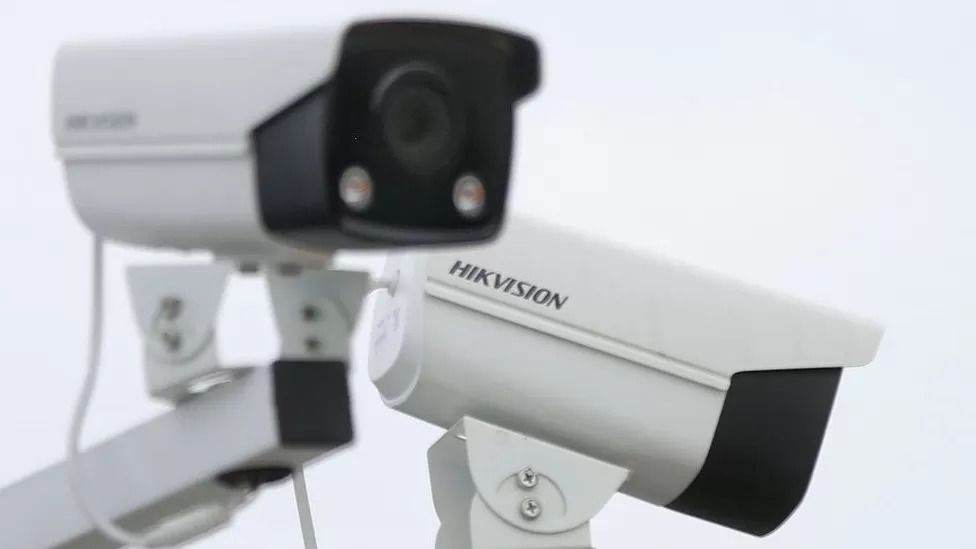 Government departments have been told to stop installing surveillance cameras made by Chinese companies on "sensitive sites" because of security concerns.

The new policy applies to "visual surveillance systems" made by firms required by Chinese law to co-operate with Beijing's security services.

The government announced the move amid concerns among MPs about the use of such equipment.

Officials have been told to consider removing existing equipment entirely.

They have also been instructed that such surveillance systems should not be connected to departmental core networks.

In a written statement, the Chancellor of the Duchy of Lancaster Oliver Dowden told MPs a review "has concluded that, in light of the threat to the UK and the increasing capability and connectivity of these systems, additional controls are required".

Mr Dowden said: "Since security considerations are always paramount around these sites, we are taking action now to prevent any security risks materialising."

Officials have been urged to consider whether locations that are not designated "sensitive" should follow suit.

Asked why the government was not ordering the replacement of all existing surveillance equipment made by Chinese companies, a spokeswoman for the prime minister said the issue was "under constant review and this is a preventative step that's been taken in line with that approach".

The move is a response to concerns raised by MPs and a surveillance watchdog, who warned in June that the public surveillance infrastructure had been built on "digital asbestos".

The government's independent biometrics and surveillance camera commissioner Fraser Sampson said: "Almost every aspect of our lives is now under surveillance using advanced systems designed by, and purchased from, companies under the control of other governments, governments to whom those companies have data-sharing obligations within their own domestic legal framework."

He said this meant there was a need both for "considerable caution when handling the products installed by a previous generation and, as a priority, a moratorium on any further installation until we fully understand the risks we have created". 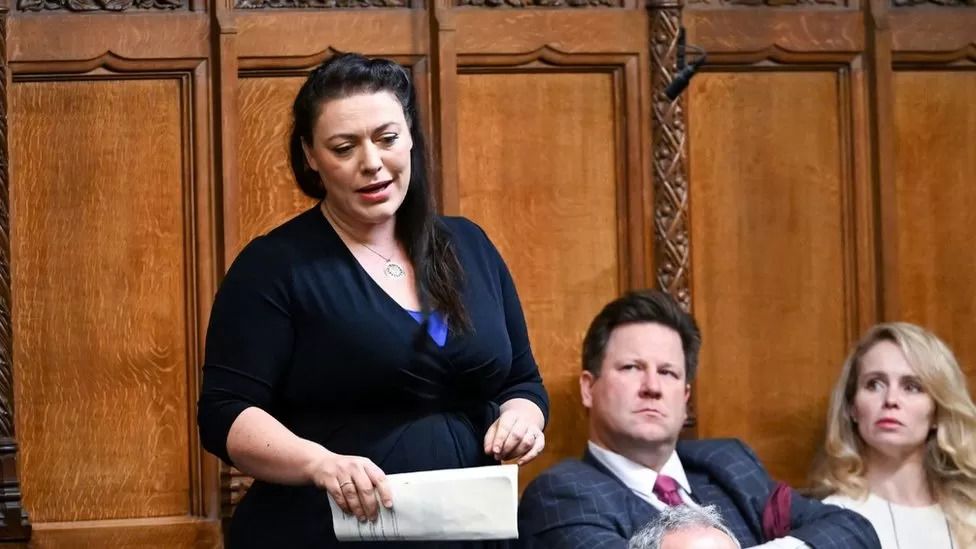 Conservative MP Alicia Kearns chairs the China Research Group of Tory MPs concerned about security risks from Beijing
The Commons foreign affairs committee has previously called for the prohibition of equipment manufactured by Hikvision and other companies reported to have had their cameras deployed in internment camps in China's Xinjiang province.

It was reported that Hikvision cameras were used inside the Department of Health and Social Care, when security concerns were raised over leaked CCTV showing then-Health Secretary Matt Hancock kissing an aide in 2021.

Alicia Kearns, who chairs the foreign affairs committee and the China Research Group of Conservative MPs, welcomed the move as "a step in the right direction" but said it should go further.

She called for public bodies and local authorities to stop buying equipment from surveillance companies such as Hikvision.

A spokesman for the firm said: "It is categorically false to represent Hikvision as a threat to national security.

"No respected technical institution or assessment has come to this conclusion.

"Hikvision cannot transmit data from end-users to third parties, we do not manage end-user databases, nor do we sell cloud storage in the UK. Our cameras are compliant with the applicable UK rules and regulations and are subject to strict security requirements.

"We have always been fully transparent about our operations in the UK and have been engaging with the UK government to clarify misunderstandings about the company, our business, and address their concerns. We will seek to urgently engage further with ministers to understand this decision."