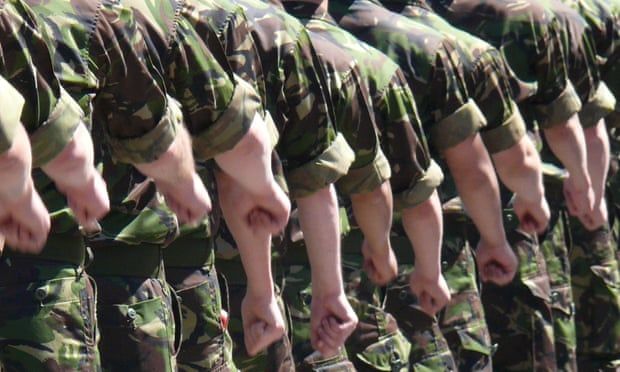 Measure replaces patchwork of policies and, defence secretary says, reflects changing social attitudes
Britain’s armed forces have introduced a ban on the use of sex workers abroad for the first time as part of an attempt to stamp out sexual exploitation and abuse across the military.

Personnel found to have engaged in what the Ministry of Defence describes as “transactional sex” face the prospect of dismissal – and they could also be prosecuted if in countries where prostitution is illegal.

It is the first time a consistent prohibition across all three services has been introduced, ending a patchwork of policies and reflecting what the defence secretary, Ben Wallace, said on Tuesday was a change in social attitudes.

Speaking at the Farnborough airshow, Wallace said he could not immediately explain why the policy had taken so many years to implement.

He said: “Don’t ask me, I’m the defence secretary who’s now taken it over, and life’s moved on. It’s a different generation. I was in the army in 1991 in Germany, and things are different. You know, we want more and more women to be in our forces, we have to bear in mind all that means in different environments, and we have to set parameters for those environments and be very clear what is acceptable.”

The behaviour of British soldiers abroad came under renewed scrutiny after reports that a young Kenyan woman, Agnes Wanjiru, was killed in 2012 by a British soldier whose identity was known to members of his regiment.

Wanjiru had been working as a prostitute to support her family, and it emerged that other British soldiers had frequently paid for sex in the east African country, where sex work is not illegal but living from the earnings of it is.

Two years ago soldiers of the 3rd Battalion, the Parachute Regiment battlegroup, were confined to their barracks in Kenya after up to 100 sought medical advice after visiting temporary brothels that had been set up near their base.

The new ban will not apply in the UK, and the Ministry of Defence said domestic law would take precedence. Sex work is not illegal in itself but many related activities are criminalised, such as soliciting in a public place, pimping and kerb crawling.

The Ministry of Defence policy, Zero Tolerance to Sexual Exploitation and Abuse, says: “When undertaking defence activity outside the UK, defence people are prohibited from undertaking transactional sex at all times.”

Transactional sex is defined as “paying or offering to pay for sex or other sexual services including payment in kind”, and the ban applies regardless of whether prostitution is legal or illegal in the countries where British forces are serving.
Add Comment