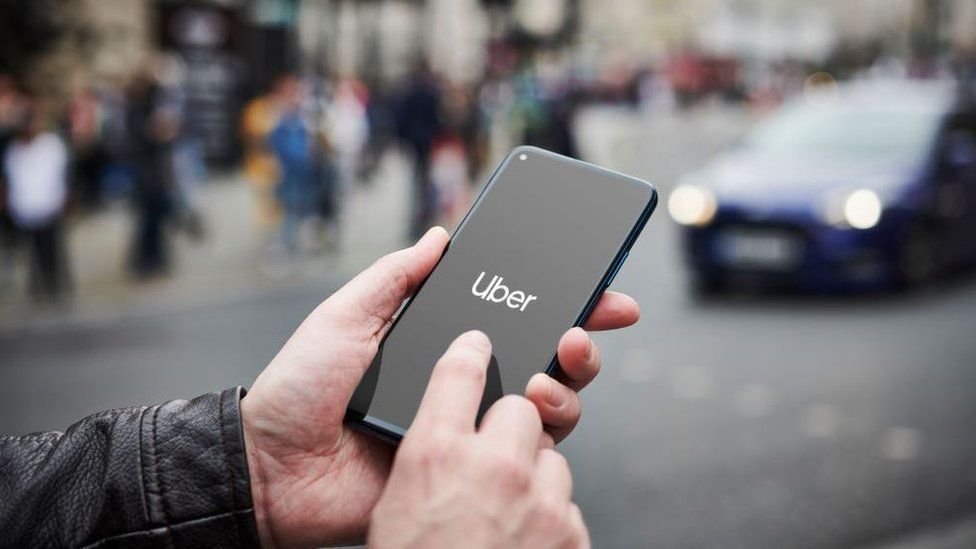 Uber says it will give its UK drivers a guaranteed minimum wage, holiday pay and pensions.

The ride-hailing app giant said drivers would earn at least the UK's National Living Wage, paid to the over 25s, of £8.72 an hour.

It comes one month after the US firm lost a legal battle in the UK, begun in 2016, over drivers' status.

Uber told the BBC it did not expect the change in drivers' conditions to mean higher fares.

In a hearing at the UK Supreme Court last month, Uber had argued it was a third-party booking agent, and its drivers were self employed.

But the court ruled its drivers were workers, a category that means they are entitled to minimum legal, holiday and pension rights.

The company is being challenged by its drivers in multiple countries over whether they should be classed as workers or self-employed.

Uber said the changes to its UK drivers' pay would come in almost instantly, from Wednesday, and form an earnings floor, not an earnings ceiling.

The company, which says it has 70,000 drivers in the UK, said the new rates would come on top of free insurance to cover sickness, injury and maternity and paternity payments which have been in place for all drivers since 2018.

Uber says payment will kick in at:

* At least the minimum wage for over 25s, after accepting a trip request and after expenses.


* All drivers will be paid holiday time based on 12.07% of their earnings, paid out on a fortnightly basis.


* Drivers will automatically be enrolled into a pension plan with contributions from Uber alongside driver contributions, setting drivers up over the long term.


* Continued free insurance in case of sickness or injury as well as parental payments, which have been in place for all drivers since 2018.


* All drivers will retain the freedom to choose if, when and where they drive. 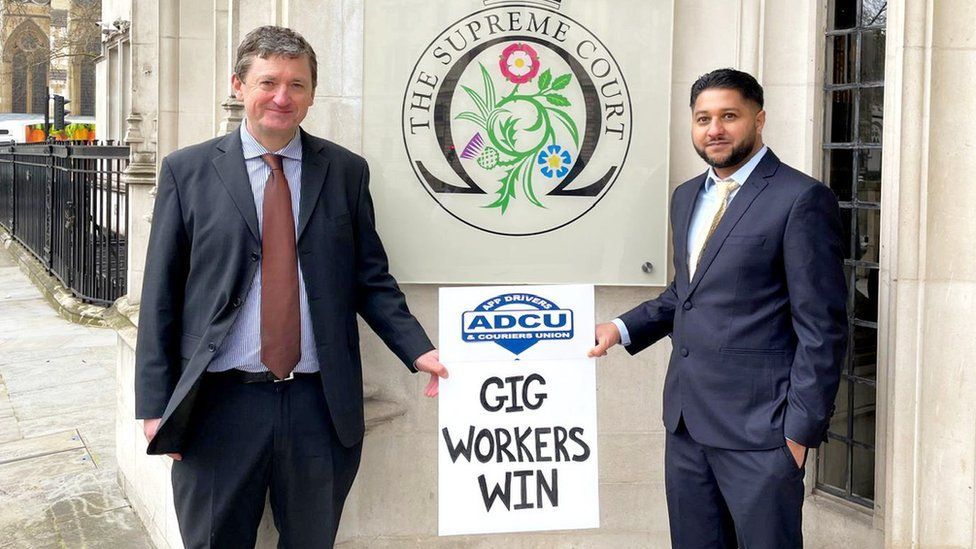 Jamie Heywood, regional general manager for Northern Europe at Uber, said: "Uber is just one part of a larger private-hire industry, so we hope that all other operators will join us in improving the quality of work for these important workers who are an essential part of our everyday lives."

Uber pointed out in its statement announcing the changes that a worker is a classification that is unique under UK employment law. Workers are not full-blown employees but are entitled to the minimum wage, holiday pay and a pension.

The company said the recent UK Supreme Court ruling had provided a clearer path forward as to a model that gives drivers the rights of worker status - while continuing to let them work flexibly.

In a long-running legal battle, Uber had finally appealed to the court after losing three earlier rounds. The Supreme Court ruled that Uber had to consider its drivers as "workers" from the time they logged onto the app, until they logged off.

This was a key point because Uber drivers typically spend time waiting for people to book rides on the app, for which they don't get paid.

Previously, the firm had said that if drivers were found to be workers, then it would only count the time during journeys when a passenger is in the car.

James Farrar and Yaseen Aslam, the two former drivers who sued Uber over worker status, said on Monday they welcomed the changes but the company was still "short changing" drivers.

They said: "We observe that they have arrived to the table with this offer a day late and a dollar short, literally.

"The Supreme Court ruled that drivers are to be recognised as workers with entitlements to the minimum wage and holiday pay to accrue on working time from log-on to log-off, whereas Uber is committing only to these entitlements to accrue from time of trip acceptance to drop off."

They said this meant Uber drivers will be "still short-changed to the tune of 40-50%. Also, it is not acceptable for Uber to unilaterally decide the driver expense base in calculating minimum wage. This must be subject to collective agreement".

Employment experts said the ramifications of the court ruling and Uber's changes would be felt across the gig economy.

Mary Walker, partner and employment lawyer at law firm Gordons, said: "The resulting ability for the Uber drivers to claim back pay for minimum wage and unpaid holiday pay will have many gig businesses reviewing their practices and the associated risks as a matter of urgency."

She believes the additional costs facing the gig economy means "some businesses will simply be unable to continue trading". Other firms will be able to restructure, but perhaps with fewer workers, Ms Walker added.