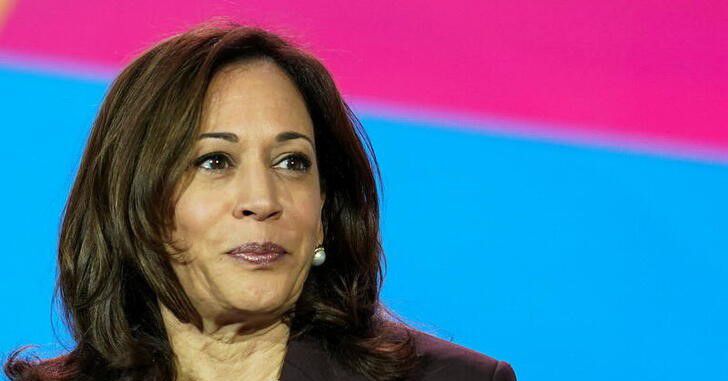 U.S. Vice President Kamala Harris on Tuesday warned that a Supreme Court ruling overturning the Roe v. Wade decision that legalized abortion could open the door to restrictions in other areas, such as contraception and in vitro fertilization.
The Supreme Court looks set to vote to overturn the Roe v. Wade ruling, according to a leaked initial draft majority opinion that was verified by the court, although the final official decision expected in coming weeks may differ.

Harris voiced her concerns at a meeting with constitutional law, privacy, and technology experts, and said it was vital to prepare for attacks on the right to privacy if Roe falls.

The state officials underscored the need to prepare for a surge in out-of-state patients seeking abortions, noting that some clinics in the Southwest saw a 500% surge in patients after Texas's ban on abortions after about six weeks of pregnancy went into effect last September.

Harris, a former California attorney general and senator, said she worried that "bad actors" or governments could find ways to use apps that track menstrual data or internet searches to track a woman's reproductive history.

The collapse of Roe could also lead to restrictions on IVF procedures, depending on whether life was determined to begin with fertilization, as well as specific types of contraception, including intrauterine devices (IUDs), Harris said.

"I do believe that overturning Roe could clear the way for challenges to other fundamental rights, including the right to use contraception and same sex marriage," she said.

She said many of the 13 states that had passed so-called trigger laws - measures that would automatically ban abortion in the first and second trimesters if Roe falls - are also passing laws to restrict transgender, voting and gay rights.

Over the last several weeks, Harris has brought faith leaders and healthcare providers together to discuss their concerns.
Add Comment