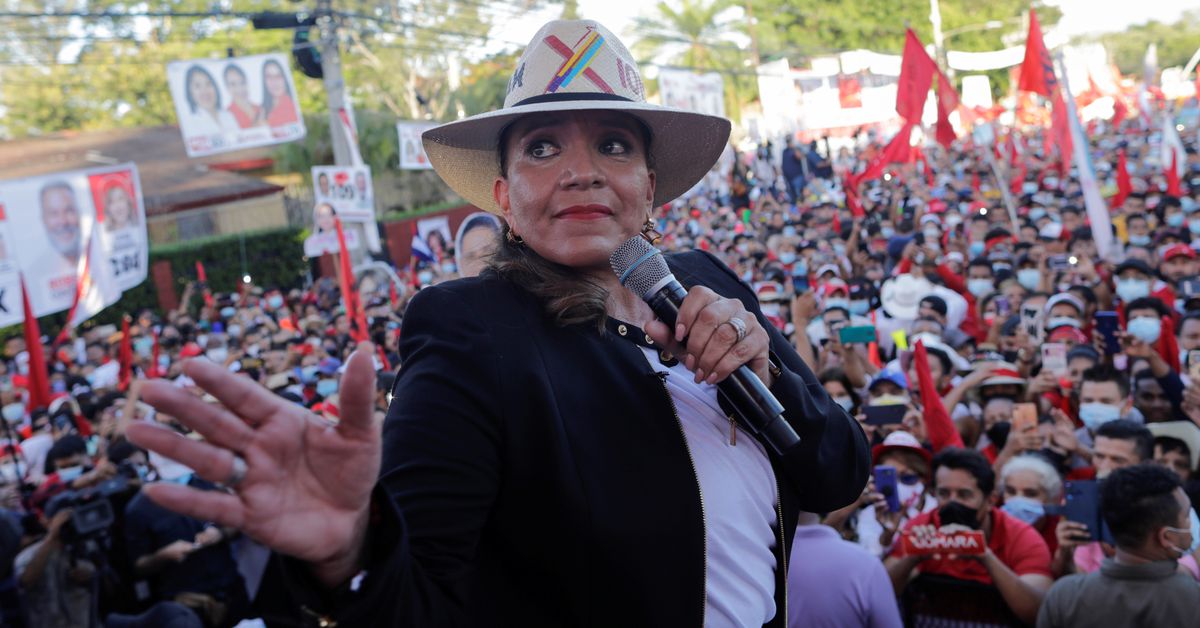 A visiting U.S. delegation made clear to both leading presidential candidates in Honduras' Nov. 28 election that Washington wants the country to maintain its long-standing diplomatic relations with Taiwan, a senior State Department official said on Wednesday.
The official, speaking on condition of anonymity, also said Washington has warned Central American nations of "some of the risks associated with China's approach to the region."

Xiomara Castro, the main opposition leftist candidate who leads in the latest polling, has previously said if victorious she would switch diplomatic relations to Beijing over Taiwan, but one of her close aides said on Tuesday that no final decision had been made.

Honduras is one of 15 countries, the majority in Central America and the Caribbean, that maintains diplomatic relations with self-ruled Taiwan.

China's efforts to whittle away at Taiwan's remaining allies has alarmed Washington, which is concerned about Beijing's growing influence in the Western Hemisphere and elsewhere.

"We've been quite clear with all the key actors in Honduras why we think the Honduras-Taiwan relationship is so important," a State Department official told reporters in a telephone briefing.

"We'd like to see that continue. We've said that to both of the leading candidates directly," the official said, referring to meetings with a delegation led by Brian Nichols, the U.S. assistant secretary of state for the Western Hemisphere.

China views democratically ruled Taiwan as one of its provinces with no right to the trappings of a state.

Taiwan says it is an independent country called the Republic of China, its official name, and that Beijing has no right to speak for it.

The U.S. official, while insisting the United States is not taking sides in the election, said the administration of President Joe Biden welcomed Castro's promise to institute a United Nations-backed anti-corruption commission if elected.

Whoever wins, the U.S. government intends to continue naming Central American politicians it considers corrupt and will take measures against them, including U.S. visa bans, the officials said.

Washington has cited graft and poor governance in Central American countries as among the root causes of the record flow of migrants who have arrived at the U.S.-Mexico border in recent months.

Experts say that since President Juan Orlando Hernandez took office for his second consecutive term amid fraud allegations, the fight against corruption in Honduras has fallen apart. Hernandez is not running this time.

The official reiterated Washington's call for the elections to be carried out freely and fairly and urged the Honduran government and military to meet their constitutional responsibilities.

But the U.S. government remains concerned about the potential for further political violence and has urged Honduran authorities to make sure the elections are secure, the official said.
#Joe Biden
Add Comment