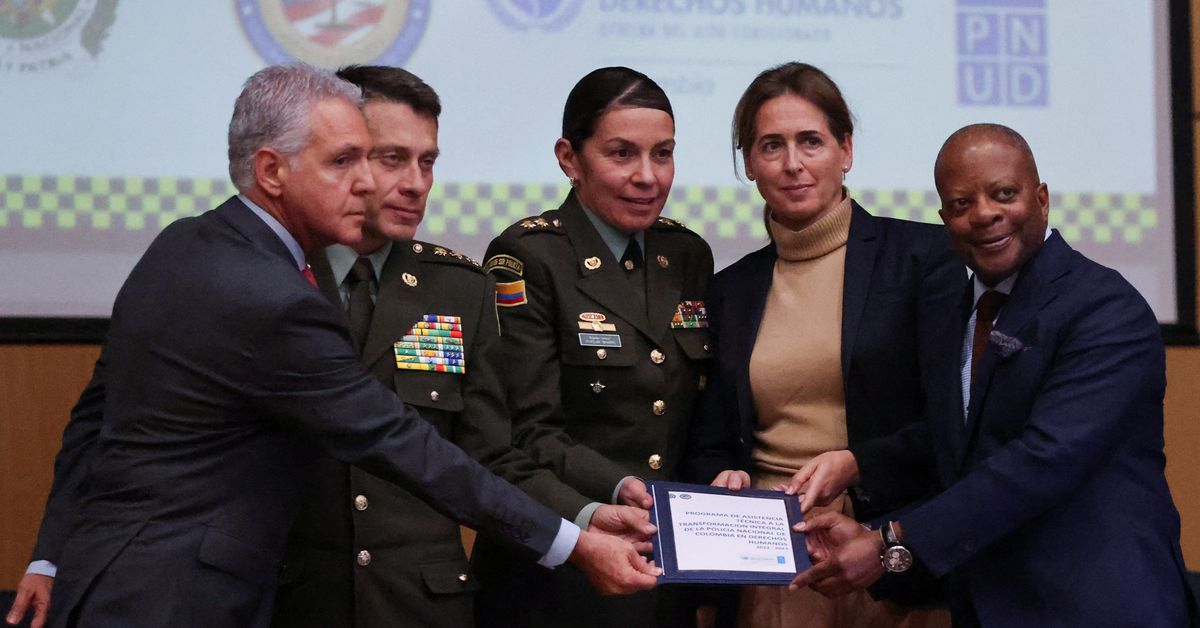 Colombia's national police force will launch a training program with the help of the United States and United Nations meant to prevent abuses and human rights violations by cops, the head of the force said on Monday.
The plan is part of efforts, especially by the new government of leftist President Gustavo Petro, to change police tactics after international criticism over excessive force during anti-government protests over the last several years, where dozens of civilians died.

Families of some of those killed have said they face a long wait for justice when police are implicated in deaths.

"With this project we will strengthen our capacity to define, deploy and promote institutional human rights policies based on international standards," said General Henry Sanabria, the head of the national police.

The program, backed by the U.N.'s human rights and development arms, will strengthen disciplinary procedures, train cops through mandatory courses in international human rights and use of force standards and set up permanent dialogue with civil society groups, Sanabria told journalists.

"I want to give a special thank you from the bottom of the heart of the national police to the international community," Sanabria said, adding the United States' support has been "fundamental for this new process of institutional transformation, above all in this focus on human rights protection."

The $3.85 million funding for the plan from the United States is in addition to $8 million promised by the U.S. in February to support human rights and anti-corruption training of Colombia's force.

"This project will serve for the police to create ties of trust with all the communities they serve," said Todd Robinson, the U.S. Assistant Secretary of State for International Narcotics and Law Enforcement Affairs, adding the police disciplinary system should meet the highest standards.
Add Comment