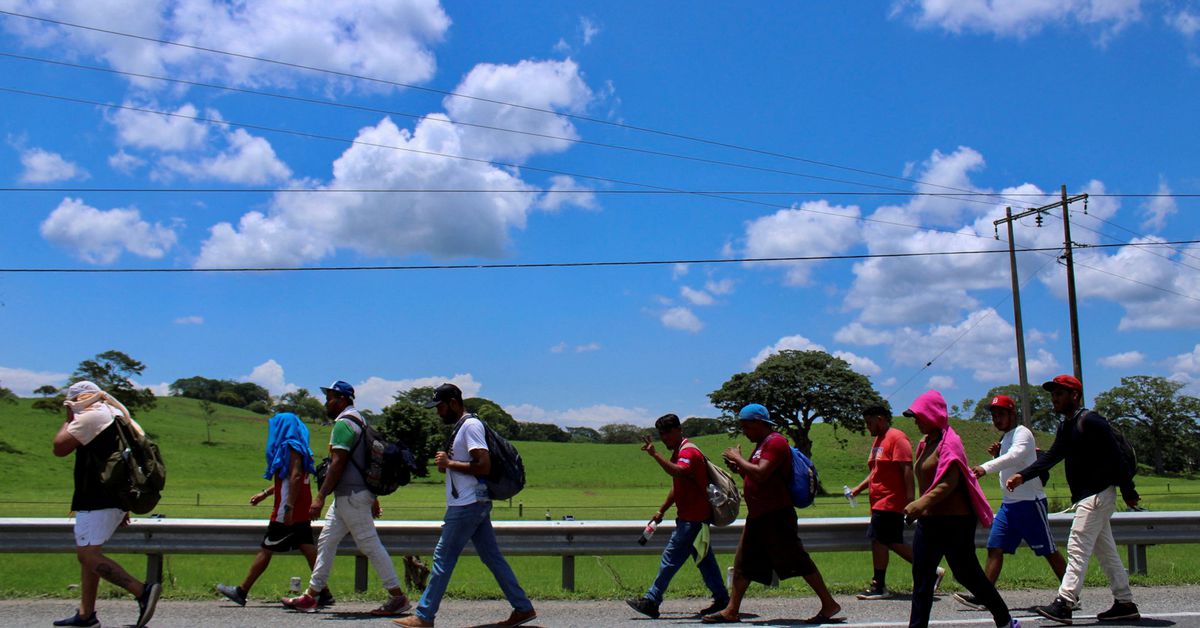 U.S. to renew but not expand humanitarian protection for Venezuelans in the country

The United States will renew but not expand Temporary Protected Status (TPS) for Venezuelans in the country, the U.S. Department of Homeland Security (DHS) said on Monday, a move that leaves tens of thousands of recently arrived Venezuelans without access to the humanitarian program.
The Biden administration will offer an 18-month extension of TPS for Venezuelans who were in the United States by March 8, 2021, but not allow more recent arrivals to enroll, DHS said.

U.S. President Joe Biden, a Democrat, has greatly expanded use of the TPS program, which provides deportation relief and work permits to immigrants in the United States if their home countries experience a natural disaster, armed conflict or other extraordinary event. At the same time, Biden has struggled both politically and operationally with high numbers of migrants arriving at the U.S.-Mexico border, including Venezuelans.

Since January 2021, U.S. Border Patrol agents have detained more than 144,000 Venezuelans at the southwest border.

Democratic lawmakers and advocates had urged the administration to offer the protections to more recently arrived Venezuelans, but a source familiar with the matter said some U.S. officials were concerned that would encourage more irregular migration.

The Biden administration estimates that 343,000 Venezuelans are eligible under the existing TPS designation although application backlogs have left many waiting for approval.

About 76,000 had been approved as of early May, according to the office of U.S. Senator Robert Menendez, a Democrat who called for Biden to offer protections to more Venezuelans.

The Biden administration remains at odds with Maduro and has kept in place much of the strict sanctions program against his government established under former U.S. President Donald Trump, but has taken some steps to slightly soften its policy in recent months.
#Donald Trump  #Joe Biden
Add Comment