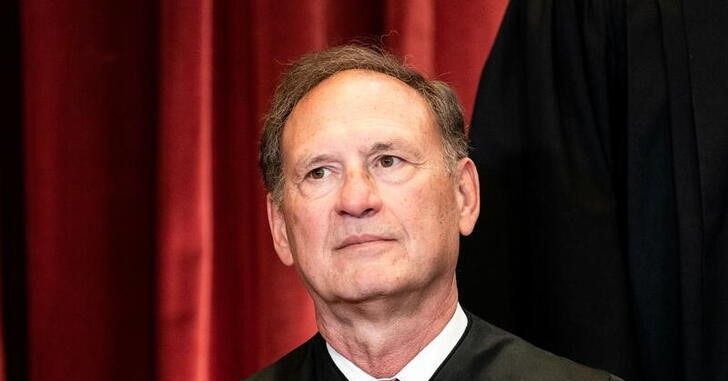 In his first public remarks since the decision, which has led to various conservative U.S. states imposing abortion bans, Alito dismissed criticism of the ruling, which has come from the likes of British Prime Minister Boris Johnson, French President Emmanuel Macron and Canadian Prime Minister Justin Trudeau.

In addition, Alito took aim at Britain's Prince Harry, also known as the Duke of Sussex, who referenced the abortion ruling in a speech at the United Nation's last week.

Alito's previously unannounced speech was delivered on July 21 at a conference on religious liberty in Rome hosted by the University of Notre Dame Law School. Video of the speech was posted online on Thursday by Notre Dame.

"I had the honor this term of writing I think the only Supreme Court decision in the history of that institution that has been lambasted by a whole string of foreign leaders who felt perfectly fine commenting on American law," Alito said.

"One of these was former Prime Minister Boris Johnson, but he paid the price," Alito joked, referring to Johnson's plans to step down following criticism of his leadership from within Britain's ruling Conservative Party.

"But what really wounded me - what really wounded me - was when the Duke of Sussex addressed the United Nations and seemed to compare the decision whose name may not be spoken with the Russian attack on Ukraine," Alito added in a sarcastic tone, referring to his ruling overturning the Roe decision that had legalized abortion nationwide in the United States and recognized a woman's constitutional right to terminate her pregnancy.

Alito's references to the abortion ruling, which came during a speech about the importance of religious liberty, were met with laughter from the audience.

In Prince Harry's July 18 speech, he spoke of 2022 as "a painful year in a painful decade" before citing the war in Ukraine and "the rolling back of constitutional rights here in the United States," which appeared to reference the abortion ruling.

Johnson has called the ruling "a big step backwards."

Macron said on the day of the decision that abortion was a fundamental right and that women's freedoms were "compromised" by the Supreme Court. Trudeau called the decision "horrific."

Liberal Justice Elena Kagan said in a separate appearance in Montana on July 21 that it would be a "dangerous thing for a democracy" if the conservative-majority Supreme Court loses the confidence of the American public.

The court, America's top judicial body, has a 6-3 conservative majority that has boldly asserted its power in the abortion ruling and other recent cases.

Opinion polls have shown a drop in public approval of the court in the wake of the abortion ruling, which capped its blockbuster term that ended last month.