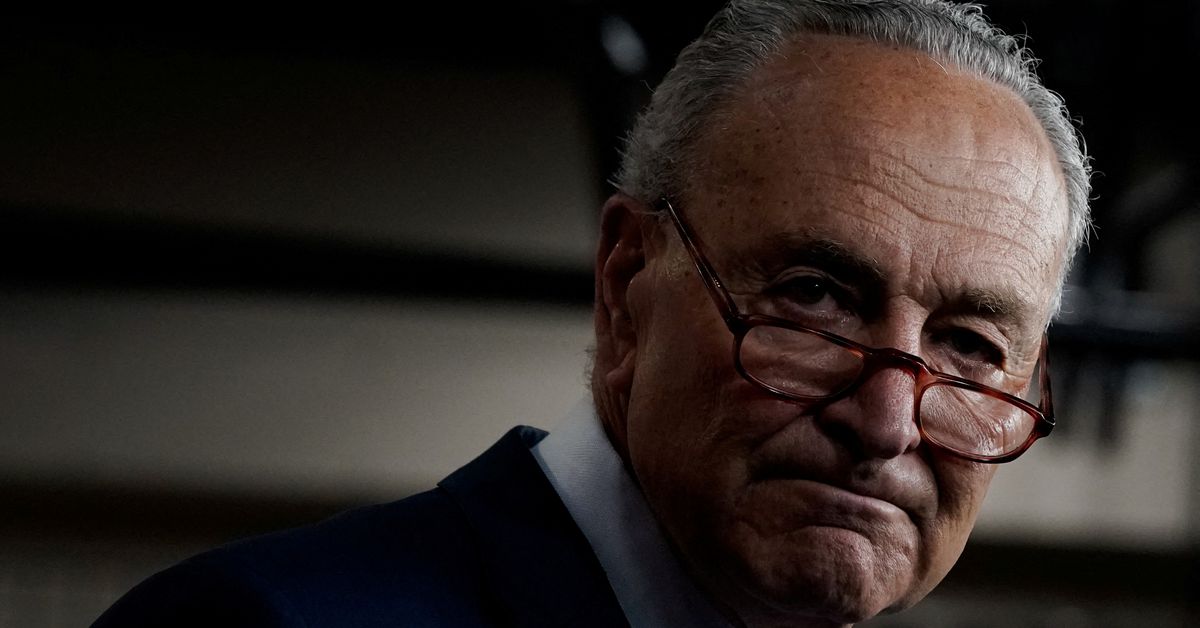 U.S. Senate leader hopes for Senate action on Ukraine aid as soon as next week

U.S. Senate Majority Leader Chuck Schumer said on Monday he hoped the U.S. Senate would take up President Joe Biden's request for $33 billion in emergency aid for Ukraine as soon as next week.
"It is my hope that a bipartisan agreement can be reached very soon and that the Senate can begin processing this aid package on the floor as early as next week," the Democratic leader said in remarks opening the Senate.

"Quickly approving this emergency funding is essential to helping the people of Ukraine in their fight against Russia," Schumer said. "Again, I expect both sides to work quickly, decisively and with bipartisan cooperation to get this aid out the door and onto the president's desk," Schumer said.

Biden asked Congress on Thursday for the money to support the government in Kyiv - a dramatic escalation of U.S. funding for Ukraine more than two months after it was invaded by Russia.

Lawmakers from both parties said they wanted to approve the emergency funding request quickly, but differences between Democrats and Republicans over what should be in any legislation could stall it in Congress.

Schumer did not mention linking the Ukraine aid to legislation that would provide billions of dollars in relief related to the COVID-19 pandemic.

Many Democrats have said they would like to combine the Ukraine and COVID funds into one bill. But Republicans, who have questioned how past COVID funds were spent, say they want the issues settled separately.

“It’s a lot easier if they take the Ukraine bill separately," Senator John Thune, the chamber's No. 2 Republican, told reporters. He also suggested that the ultimate size of the Ukraine aid bill would ultimately surpass Biden's request.

Oh ya 98 days ago
Yed because the left wing nutbars can never send US taxpayers money off fast enough to the most corrupt country in that region, even though they are Nazi run
View all comments (1)Add comment