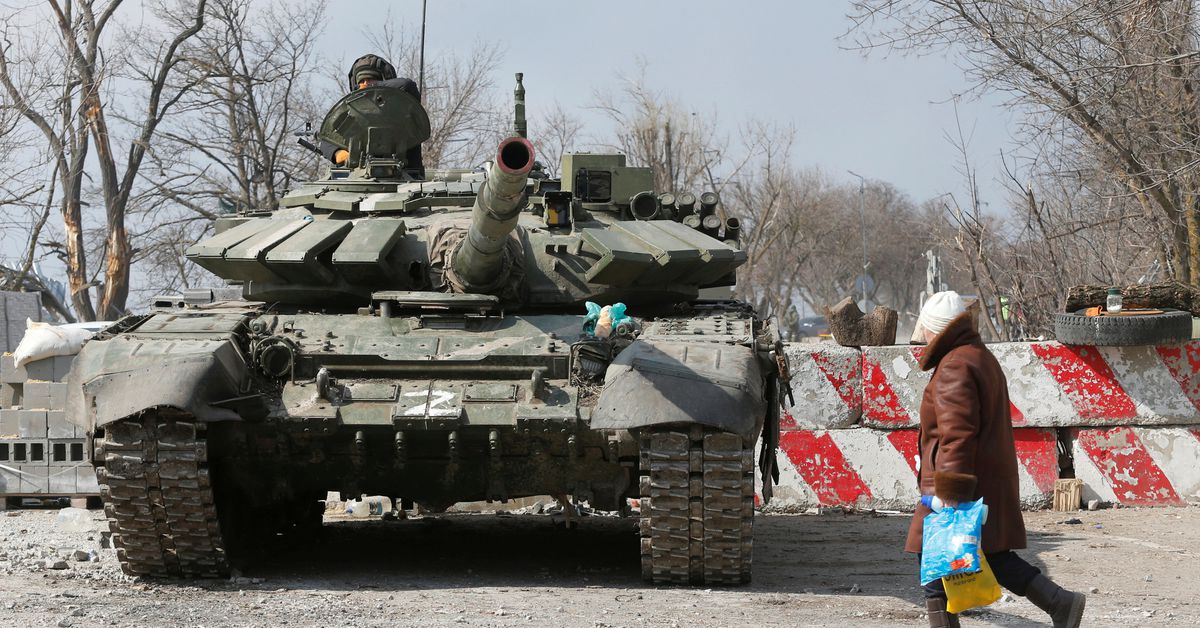 Russia's advance in Ukraine has largely stalled but the Russian defence ministry said it was "tightening the noose" around Mariupol and that fighting had reached the centre.

Officials have estimated 80% of the city's homes have been damaged and that more than 1,000 people may still be trapped in makeshift bomb shelters beneath a destroyed theatre. Ukraine said it had rescued 130 people from the theatre's basement after the building was flattened by Russian strikes two days ago. Russia denied hitting the theatre and says it does not target civilians.

Nick Osychenko, the CEO of a Mariupol TV station, said that as he fled the city with six members of his family, aged between 4 and 61, he saw dead bodies on nearly every block.

"We were careful and didn’t want the children to see the bodies, so we tried to shield their eyes,” he said. “We were nervous the whole journey. It was frightening, just frightening."

China is the one big power that has yet to condemn Russia's assault, and Washington fears Beijing may be considering giving Moscow financial and military support, something that both Russia and China deny.

"The Ukraine crisis is something that we don't want to see," Chinese state media quoted President Xi Jinping as saying in the call, which they said was requested by the U.S. side.

NATO should hold talks with Russia to resolve the factors behind the conflict, Chinese state media quoted Xi as saying, without assigning blame to Russia for the invasion.

"He (Biden) described the implications and consequences if China provides material support to Russia as it conducts brutal attacks against Ukrainian cities and civilians," it said.

The mayor of Mariupol confirmed to the BBC that fighting had reached the centre of the city, where some 400,000 people have been trapped for over two weeks, sheltering from bombardment that has cut electricity, heating and water supply.

Regional Governor Pavlo Kyrylenko said around 35,000 people had managed to leave the city in recent days, many on foot or in convoys of private cars, but near-constant shelling was preventing humanitarian aid from getting in.

Oksana Zalavska, 42, fled Mariupol two days ago after staying in an overcrowded bomb shelter where adults ate one tiny meal a day as rations were low.

"Now I know everything about starvation in 2022," she said.

French President Emmanuel Macron told Putin he was extremely concerned about the situation in Mariupol while the Kremlin said it was doing everything possible to protect civilians.

Jakob Kern, emergency coordinator for the crisis at the U.N. World Food Programme (WFP), said Ukraine's "food supply chain is falling apart" with insecurity and fear of attack hindering the movement of goods.

WFP buys nearly half of its wheat from Ukraine to feed people in global crisis zones, and Kern said the war could cause "collateral hunger" in poor countries worldwide.

At the start of the fourth week of Putin's attempt to subdue what he calls an artificial state undeserving of nationhood, Ukraine's elected government is still standing and Russian forces have not captured a single big city.

With Russia looking to regain the initiative, three missiles landed at an airport near Lviv, a western city where hundreds of thousands thought they had found refuge far from Ukraine's battlefields.

Putin promised tens of thousands of people waving Russian flags at a soccer stadium in Moscow that the "special operation" would succeed.

"We know what we need to do, how to do it and at what cost. And we will absolutely accomplish all of our plans," Putin said, adding that, when needed, Russian soldiers "shield each other from bullets with their bodies like brothers".

Ukraine said its troops had prevented Russia from making any fresh advances on Friday and the Russians had problems with food, fuel and communications. Britain said Russian forces had made minimal progress this week.

Russia has been intensively shelling eastern Ukrainian cities, especially Chernihiv, Sumy, Kharkiv and Mariupol, and there have been nightly deadly missile attacks on Kyiv, where Ukrainian forces have halted troop columns outside the city.

Debris from a missile blew a large crater in the ground in the middle of a residential block where a school was also located in northern Kyiv, shattering hundreds of windows and leaving debris scattered around the complex.

"This is a war crime by Putin," said Lyudmila Nikolaenko, visiting her son, who lived in one of the apartments hit. "They say they aren't hitting regular people, they say we are firing at ourselves."

Kyiv and Moscow reported progress in talks this week towards a political formula that would guarantee Ukraine security protection outside of the NATO alliance.

But Ukraine said the need for an immediate ceasefire and withdrawal of Russian troops remained unchanged, and both sides accused each other on Friday of dragging out the talks.