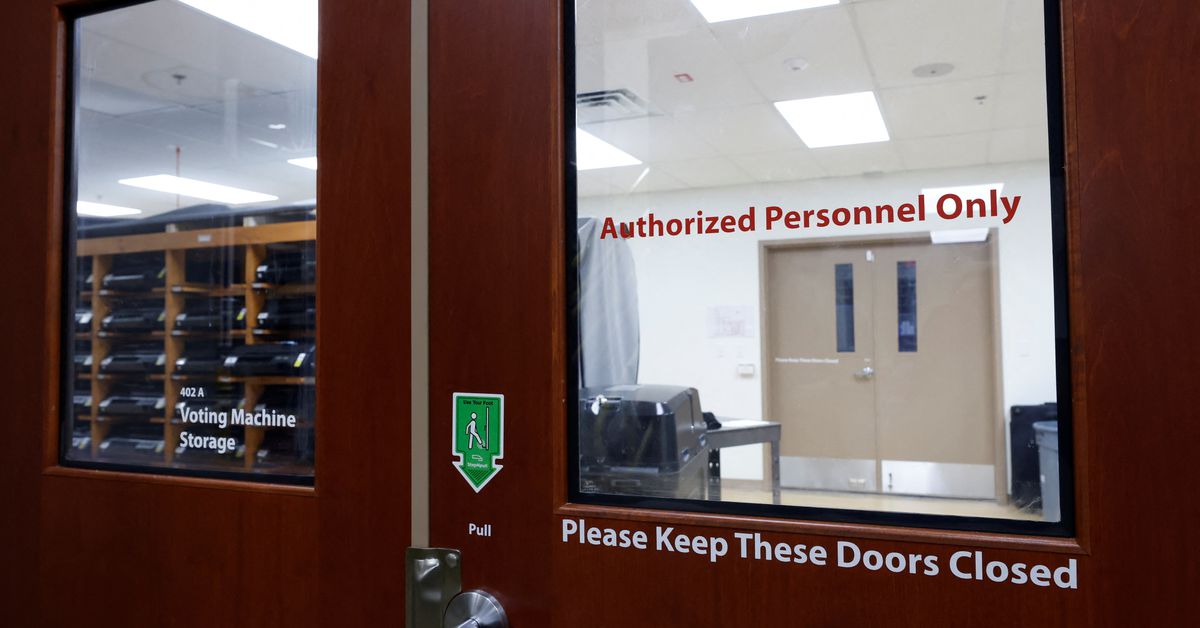 Domestic disinformation campaigns and homegrown threats to poll workers are emerging as bigger concerns ahead of the Nov. 8 U.S. congressional elections than foreign interference, according to U.S. cybersecurity and law enforcement officials.

Russia and Iran, accused of meddling in past U.S. elections using disinformation campaigns, are enmeshed in their own crises - the Russian invasion of Ukraine and Iranian mass protests - and have not yet been found to have targeted this election, said two senior U.S. officials, speaking on condition of anonymity.

According to information disclosed as part of criminal cases, Russian and Iranian intelligence units deployed hackers and fake social media accounts in recent U.S. elections to try to influence the vote and sow discord.

Election integrity has been a contentious issue in the United States, particularly in the aftermath of the 2020 presidential election. Republican former President Donald Trump continues to make false claims that the election was stolen from him by Democrat Joe Biden through widespread voting fraud.

"At this time, we are not aware of any specific or credible threats to compromise or disrupt election infrastructure," top U.S. cybersecurity official Jen Easterly told reporters last week during a video conference on election security.

"That said, the current election threat environment is more complex than it has ever been," added Easterly, who heads the U.S. Cybersecurity and Infrastructure Security Agency (CISA).

Republicans are aiming to win back control of the Senate and House of Representatives from Biden's fellow Democrats in the midterm elections, a development that would imperil major parts of his legislative agenda.

Since 2020, there have been numerous reported incidents of poll workers being threatened, harassed or assaulted by Trump supporters, as detailed by Reuters. Opinion polls have shown that a large majority of Republican voters believe Trump won that election.

"There is a lot of rhetoric about violence against poll workers," said one of the U.S. officials, who is involved in efforts to prevent the spread of election-related disinformation. "So we have made it a point ... to aggressively investigate all of those threats."

The official noted that the U.S. Constitution's First Amendment safeguard for free speech would protect certain types of comments.

"First Amendment-protected is, 'Oh, I wish so-and-so can die.' However, if you say, 'I'm going to come to his house and kill so-and-so,' then we can open an investigation. Even though it's a small minority of people who are putting out all of this type of language, it gets amplified on social media. So I would say that is kind of my biggest concern," the official added.

The Election Integrity Partnership, a non-partisan group that has helped the CISA combat election disinformation, said the vast majority of disinformation and false rumors about the 2020 election spread primarily through far-right influencers catering to Trump voters.

"One of the most troubling changes since 2020 is how widespread disinformation about the election has become," said Edward Perez, an expert in election infrastructure policy and technology at the California-based election research group OSET, who has also worked at Twitter Inc (TWTR.N).

"Past efforts by foreign actors to sow division in the U.S. appear to be bearing fruit because now much of the work of spreading falsehoods that undermine public confidence in elections is being carried out by domestic actors," Perez added.

U.S. officials have found that Russia interfered in the 2016 U.S. election with a campaign of hacking and propaganda intended to sow strife in the United States, harm Democratic candidate Hillary Clinton and boost Trump's chances, with a number of Russian individuals and companies facing criminal charges.

In July of this year, U.S. prosecutors charged a Russian man with orchestrating a multi-year effort to use political groups in Florida, Georgia and California to cause discord, spread Russian propaganda or interfere in American elections.

The two U.S. officials who described to Reuters the current election-related threats said they were not aware of any ongoing foreign information operations aimed at misleading Americans about the voting process.

U.S. government agencies, including the CISA and the FBI, have been collaborating with social media companies including Twitter and Meta Platforms Inc (META.O), the Facebook and Instagram parent company, to clamp down on election-related disinformation arising from domestic sources.

A Twitter spokesperson, who asked not to be named, said the company has taken steps to prevent foreign interference and domestic "information operations," or disinformation campaigns.

"The growing threats posed by malicious actors need to be addressed holistically," the spokesperson added, "which is why we regularly engage outside experts, as well as law enforcement, to improve our understanding of the actors involved and to develop a collaborative strategy."