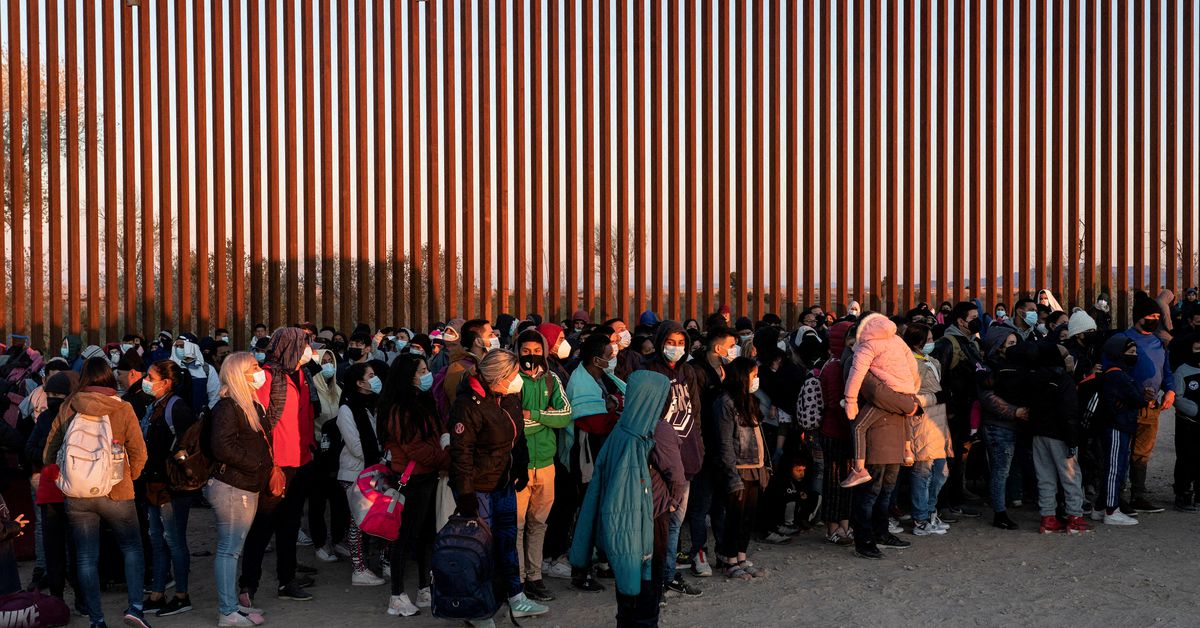 U.S. returning some Venezuelans caught at border to Colombia under COVID order

The United States is returning some Venezuelans caught crossing the U.S.-Mexico border to Colombia if they previously resided in that country, U.S. officials confirmed on Monday, citing the need to limit the spread of COVID-19.
Two Venezuelan nationals were removed to Colombia on Thursday under a U.S. health order that allows authorities to rapidly expel migrants caught crossing the southern border, the U.S. Department of Homeland Security (DHS) said in a statement, adding that it plans to continue such returns on a regular basis.

About 25,000 Venezuelans were arrested at the southern border in December, according to U.S. government statistics, a sharp increase from just 192 arrests during the same month a year earlier. Many Venezuelans seeking entry into the United States first make their way to neighboring Colombia as they flee political and economic instability in their home country.

U.S. President Joe Biden, a Democrat, took office pledging to reverse many of the hardline migration policies of his Republican predecessor, former President Donald Trump. But Biden's border agenda has stalled in the face of record-breaking migrant arrests and as Republicans looking toward November congressional elections have criticized the president's handling of the border.

Biden has not lifted a Trump-era order known as Title 42 order that permits migrants to be rapidly expelled during the pandemic.

Mexico does not have the capacity to accept the return of some nationalities under the order, according to DHS, leaving the United States seeking alternatives.

Shortly after taking office, the Biden administration suspended Trump-era agreements with Guatemala, El Salvador and Honduras that allowed migrants from other nations to be sent to those Central American countries. Secretary of State Antony Blinken said at the time that "there are more suitable ways to work with our partner governments to manage migration across the region."

A record 1.7 million migrants were arrested at the U.S.-Mexico border last fiscal year, which ended on Sept. 30. U.S. officials are preparing for even more arrivals in the coming year, Reuters reported last week.