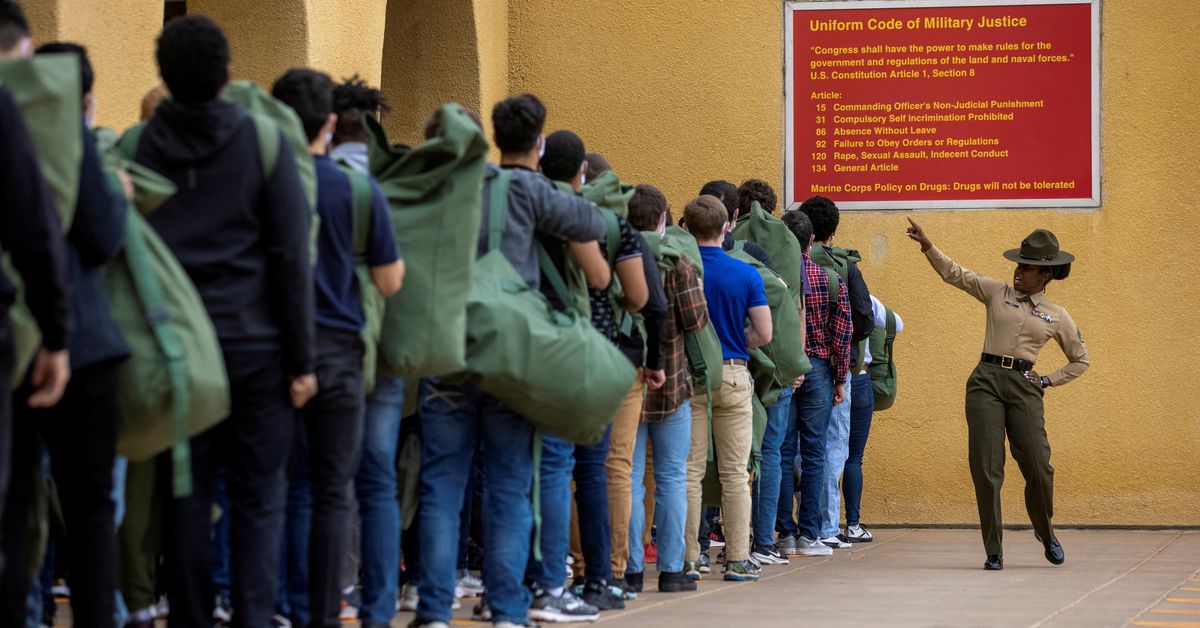 The U.S. military experienced its highest recorded level of sexual assault among women last year, in findings the Pentagon on Thursday described as tragic, disappointing and devastating.
The U.S. military, which is already struggling to meet recruiting goals after decades of war, revealed the gloomy data just months after announcing new reforms that critics said were too slow and too limited to resolve the crisis.

Reports of sexual assault increased by roughly 13% in 2021 compared with the previous year.

A staggering 8.4% of active-duty women are estimated to have experienced some form of unwanted sexual contact in fiscal-year 2021, while the figure for men roughly doubled to 1.5%, according to a survey in a Pentagon report published on Thursday.

While the report said the results could not be scientifically compared to previous years because of a government-directed change in metrics, one senior Pentagon official said it was the highest rate for women since 2006 and the second-highest level for men.

"These numbers are tragic, and extremely disappointing. On an individual level, it is devastating to conceptualize that these numbers mean that over 35,000 service members' lives and careers were irrevocably changed by these crimes," Elizabeth Foster, executive director of the Pentagon's Office of Force Resiliency, told reporters.

"Every incident has a ripple effect across the unit and impacts unit cohesion, ability to trust and distracts from the critical mission at hand," Foster added.

U.S. Representative Jackie Speier, who is also co-chair of the Democratic Women's Caucus, said the results were disturbing and she would hold a hearing in the coming weeks for more answers.

"The watchful eye of Congress is needed to ensure that military leadership is held to account and any additional changes deemed necessary to address this national embarrassment and crisis are made," Speier said in a statement.

This year President Joe Biden signed an executive order to make sexual harassment an offense under the Uniform Code of Military Justice.

In December, lawmakers passed the National Defense Authorization Act which included an overhaul of the military justice system. It would take decisions on whether to prosecute cases of rape and sexual assault out of the hands of military commanders.

Still, some lawmakers and activists said it does not go far enough, particularly given the extent to which sexual assault victims tend to have a lack of faith in the military justice system.

Six out of 10 women did not express trust in the military to ensure their safety after an incident, the data showed.
#Joe Biden
Add Comment