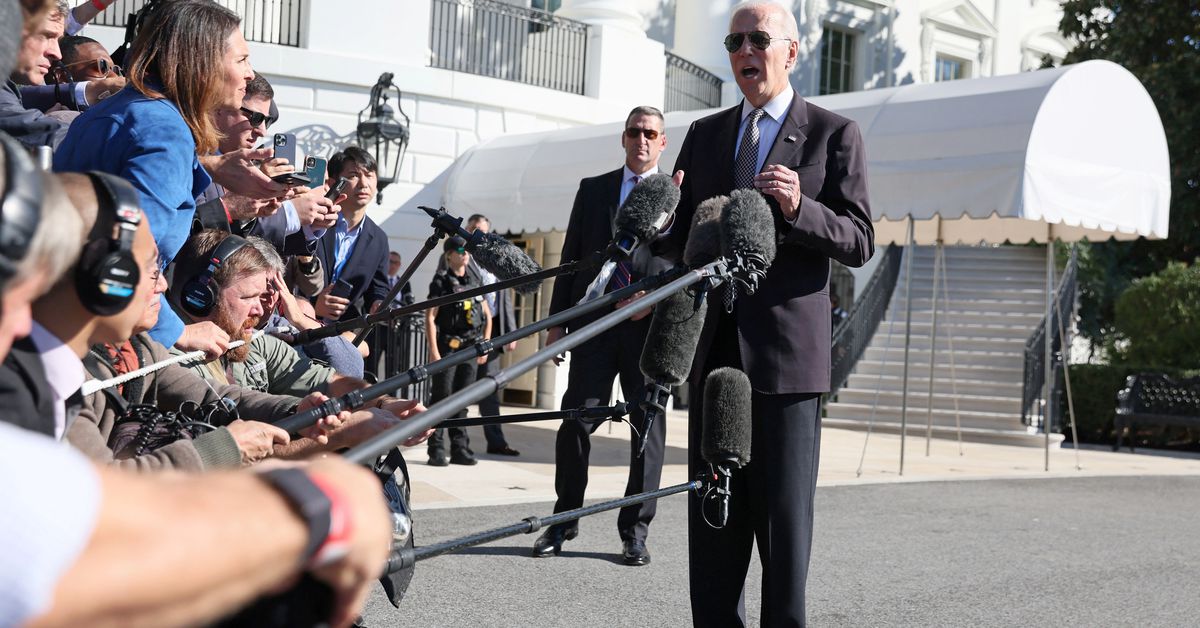 Democratic members of the U.S. Congress called for a sharp reduction in military sales to Saudi Arabia, as President Joe Biden on Thursday considered how to respond to plans by OPEC+ nations to cut oil output.

OPEC+, which combines OPEC countries and allies such as Russia, agreed to steep oil production cuts on Wednesday, curbing supply in a tight market and raising the possibility of higher gasoline prices right before the Nov. 8 U.S. midterm elections, when Biden's Democrats are defending their control of the House of Representatives and Senate.

Some U.S. lawmakers have long questioned the security relationship with the Saudis, angry about the huge civilian toll in Yemen - where Saudi Arabia has led a military coalition against the Iran-aligned Houthis - as well as human rights abuses such as the 2018 murder of journalist Jamal Khashoggi.

"I think it's time for a wholesale re-evaluation of the U.S. alliance with Saudi Arabia," Senator Chris Murphy, chairman of the Senate foreign relations subcommittee on the Middle East, told CNBC.

Representative Ruben Gallego suggested the United States take back Patriot missile defense systems deployed in Saudi Arabia. "If they like the Russians so much they can use their very 'reliable' military technology," Gallego said on Twitter.

Saudi Arabia is the largest customer for U.S.-made military equipment, with billions of dollars in orders approved by the State and Defense departments each year. In August, the Biden administration announced a sale to Saudi Arabia of Patriot missile interceptors and equipment worth up to $3.05 billion.

Raytheon Technologies (RTX.N) was the prime contractor for the Patriot interceptors.

Lawmakers have the right to review major arms sales and to stop them under the Arms Export Control Act of 1976. But Congress has never been able to garner enough votes to stop a sale, including three failed efforts to override former President Donald Trump's 2019 vetos of resolutions that would have stopped sales to the Saudis.

It was not clear that the United States would be able to take back any Patriot system or other military equipment already transferred or sold to Saudi Arabia.

"As a practical matter, it is exceedingly difficult to imagine a scenario in which the President authorizes the deployment of a 'military repo force' to Saudi Arabia to recover previously sold defense articles because he disagrees with OPEC on petroleum output," said Franklin Turner, a government contracts lawyer at McCarter & English.

In addition, there would be "immense logistical challenges" associated with such an operation, Turner said, adding such an act would severely strain diplomatic relations with the Kingdom.

Biden's economic adviser Brian Deese was asked on Thursday why U.S. taxpayers should offer U.S. weaponry and defense support to Saudi Arabia in light of the OPEC+ decision.

Deese told reporters on Air Force One he had no announcements. "As we mentioned yesterday, we will be assessing and consulting closely with Congress around a range of issues on the back end of this and beyond that," Deese said.

Oh ya 122 days ago
Saudi signed a deal with Russia in August 2021 after the saw what America did in Afghanistan leaving their enemies billions in weapons. They realized that America would tuck tail and run out on them also. The days of the petro dollar are short.

Oh ya 123 days ago
The US is showing its true colors. They look like the child in the mall kicking and screaming when things dont go there way. They are a collapsing nation and are mad as hell. They were a super power broker for a long time and now the world has said to them your time has passed. The world has decided they are not going to sell their hard assets for little pieces of paper printed on a printer. The collapse of the petro dollar is near and this will hit Americans like a ton of bricks with hyperinflation
View all comments (2)Add comment