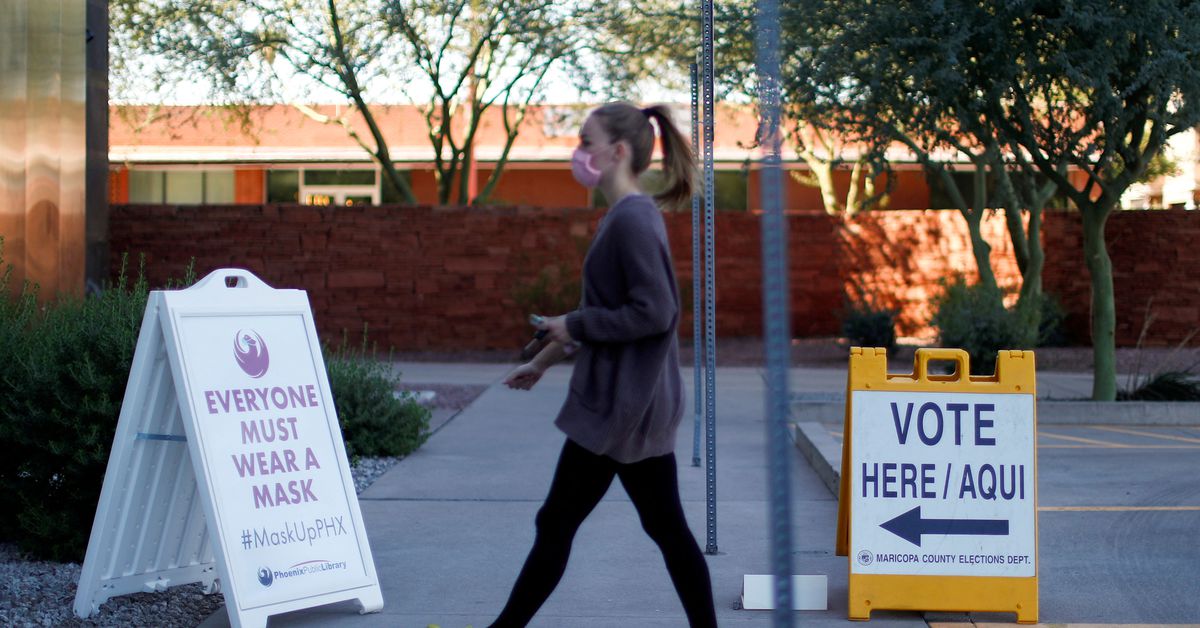 Due to take effect in January, the law violates the National Voter Registration Act by requiring proof of citizenship to vote in presidential elections or vote by mail in any federal election, the department said.

"This lawsuit reflects our deep commitment to using every available tool to protect all Americans' right to vote and to ensure that their voices are heard in our democracy," Kristen Clarke, the assistant attorney general for civil rights, told a press briefing.

The law also violates the Civil Rights Act of 1964 by requiring election officials to reject voter registration forms based on minor errors, officials said. The suit was filed in the U.S. District Court for the District of Arizona.

"I will once again be in court defending Arizona against the lawlessness of the Biden administration," he said in a statement.

Arizona has been a flashpoint in the U.S. battle over voting rights.

A widely criticized Republican review of the 2020 presidential election failed to find that irregularities marred Democrat Joe Biden's narrow victory over Republican Donald Trump. The Republican legislature has also scaled back the authority of the state's top election official, a Democrat.

Arizona enacted a law in 2005 requiring new voters to provide proof of citizenship, but the U.S. Supreme Court ruled in 2013 that the state could not impose that requirement on those who used a federal form to register. Since then, the state has allowed those voters to participate only in federal elections, not state or local races.

Critics say the new law would disenfranchise longtime voters who registered before the citizenship requirement was in place.