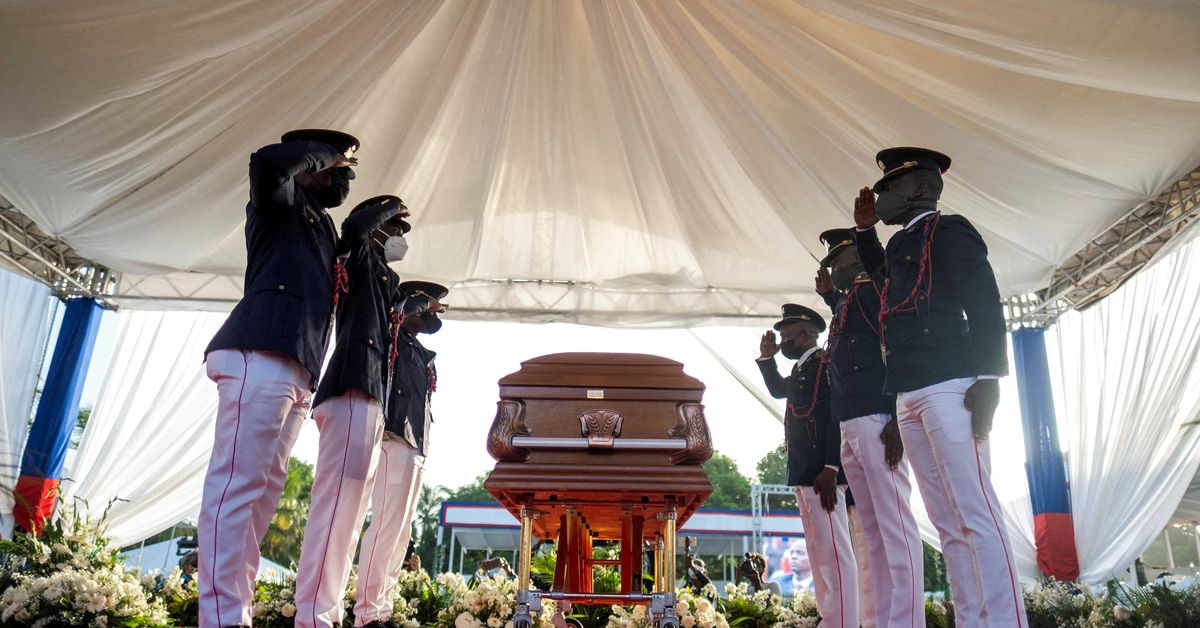 The U.S. Justice Department said on Thursday it had charged a second man - Rodolphe Jaar - for his role in the assassination of former Haitian President Jovenel Moise in July 2021.
aar, 49, a dual Haitian-Chilean citizen, was arrested on Wednesday, the department said. He is charged with conspiring to commit murder or kidnapping outside of the United States and providing material support resulting in death.

He is now the second defendant to face charges in connection with Moise's murder.

Earlier this month, the United States charged Mario Palacios, a former Colombian military officer, saying he was part of a conspiracy that first planned to kidnap Moise, but later evolved into an assassination plot after conspirators were unable to find a plane to take the president out of Haiti.

The government contends that Jaar and a group of about 20 Colombian citizens and a few dual Haitian-Americans conspired in the plot.

Its complaint, unsealed on Wednesday in the U.S. District Court for the Southern District of Florida, alleges that Jaar was present when an unnamed co-conspirator obtained a signature from a former Haitian judge on a request for assistance to arrest and imprison Moise.

The unnamed co-conspirator, referred to only as "co-conspirator #1," is described as a dual Haitian-American who traveled from Haiti to the United States to help lay the groundwork for the plan before flying back to Haiti from Florida on July 1, 2021 to participate in the operation.

The person is currently in custody in Haiti, the complaint says.

Moise was assassinated at his residence in Port-au-Prince on July 7, 2021. He was shot 12 times.

Jaar voluntarily consented to an interview with FBI agents on Dec. 9, 2021, the complaint says.

He "admitted that he provided firearms and ammunition to the Colombians to support the assassination operation," an FBI agent said in a sworn statement supporting the criminal complaint.

"He stated that the operation changed from an arrest operation to an assassination operation after the initial plan to 'capture' the Haitian President at the airport and take him away by plane did not go forward."
Add Comment