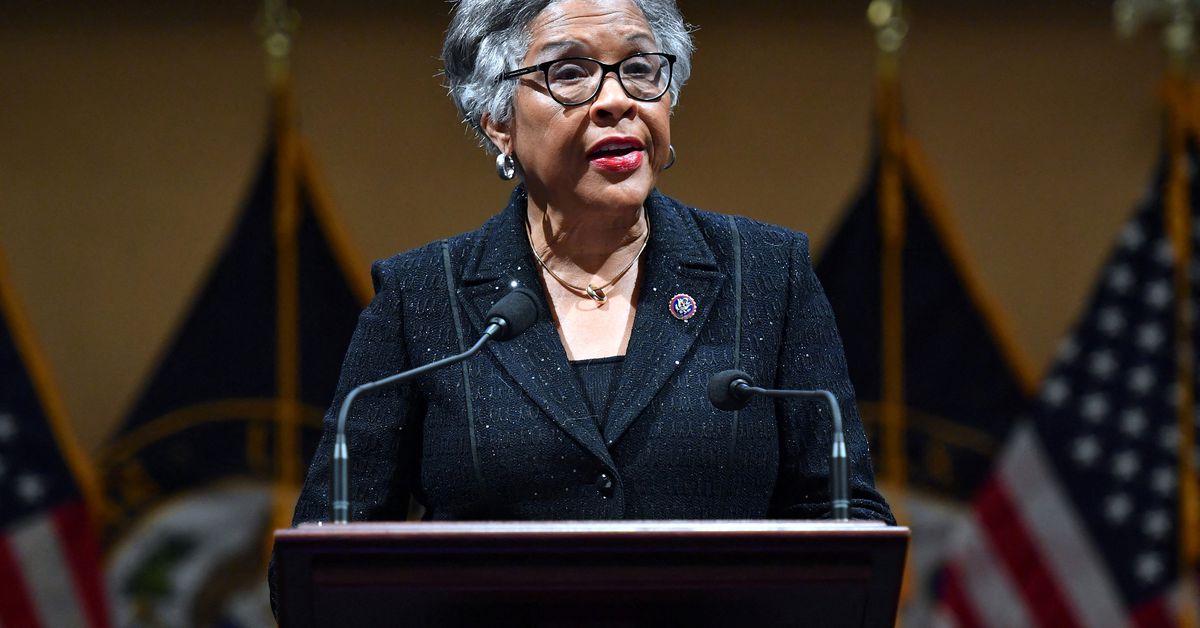 U.S. banks cut donations to federal candidates, up Democrats' share ahead of mid-terms

U.S. banks are giving far less to federal candidates this election cycle and increasing the proportion they are handing to Democrats as they rethink their political giving, according to a Reuters analysis of data compiled by the Center for Responsive Politics (CRP) and more than half a dozen industry officials and lobbyists.

With less than a month to go until the mid-term elections which will determine control of Congress, commercial banks' political action committees (PACs) have given roughly $7.4 million to federal candidates, 43% down on the 2020 election cycle and 39% down on the average election spend in the previous decade, according to the Reuters analysis.

Following the 2007-09 financial crisis when Democrats cracked down on banks, lenders have typically looked to business-friendly Republicans for support in Congress.

But while they are getting less cash overall, Democrats have increased their share of the pie this cycle to 40%, their highest proportion since the 2010 cycle. And of the top-20 congressional recipients of bank PAC donations this cycle, 10 are Democrats compared with six in 2020, three in 2018, and one ahead of the 2016 election. The CRP data draws from data released by the Federal Election Commission as of Sept. 22. 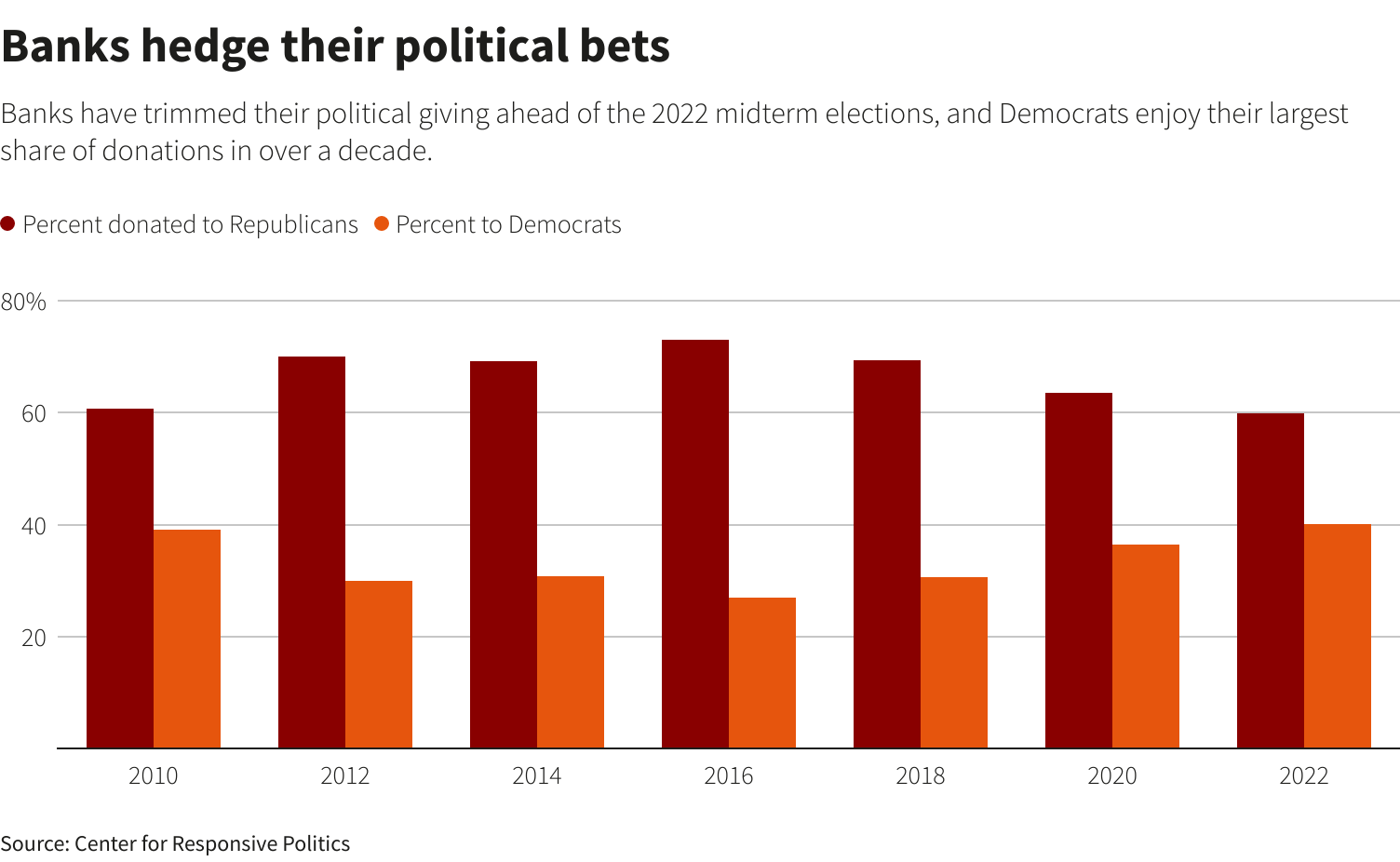 It also suggests the industry is trying to court more Democrats as Republicans grow angry with lenders for embracing what they say are liberal causes.

"The vote on the election really caused people to open their eyes a little bit more...to do a closer evaluation of individuals that a PAC may have been supporting just because they supported [the industry]in the past," said James Ballentine, CEO of government relations firm Ballentine Strategies and until April a top lobbyist for the American Bankers Association which runs the biggest industry PAC.

To be sure, the party in power commonly enjoys a bounce in donations and banks are also spreading their bets ahead of a tightening contest, said Ballentine and the other sources.

Republicans have a 70% chance of winning the House of Representatives while Democrats are favorites to retain control of the Senate, according to poll-tracker FiveThirtyEight.com.

Since Jan. 6, many lenders have felt pressure from employees, who fund the PACs, to reduce giving to Republicans, the sources said.

Several banks, including JPMorgan Chase (JPM.N), Citigroup (C.N), Bank of America (BAC.N) and Morgan Stanley, paused some or all PAC donations as they reviewed their strategies, which likely helps account for the decline in overall spend.

Spokespeople for the banks either declined to, or did not respond to requests for, comment.

Lenders are also under pressure from staff and shareholders to support lawmakers active on issues beyond finance, such as addressing the racial wealth gap and education, according to several sources.

The top Democratic congressional recipient of bank PAC money, for example, is Joyce Beatty, who chairs the House Financial Services panel's subcommittee on diversity and inclusion, an issue which banks have loudly championed.

That trend, combined with some banks shunning election objectors, has left the industry with fewer Republican allies overall, a dynamic that was on display when CEOs of the nation's largest banks appeared before Congress last month. They were skewered by some Republicans for their policies on doing business with gun companies and operating in China.

"It's a challenging spot to figure out who your allies are," said Brian Gardner, chief Washington policy strategist at Stifel Financial Corp. "The days when the largest banks could rely on Republicans for some level of defense, I think those days are over."

Nevertheless, banks are still courting Republicans. Nine of the top 10 recipients of industry donations are Republicans, including Representative Patrick McHenry who is likely to chair the House finance panel if Republicans win that chamber.

Spokespeople for Beatty and McHenry did not respond to requests for comment.

"Banks that are active givers to political campaigns are hedging their bets," said Camden Fine, the former head of trade group the Independent Community Bankers of America and political consultant.