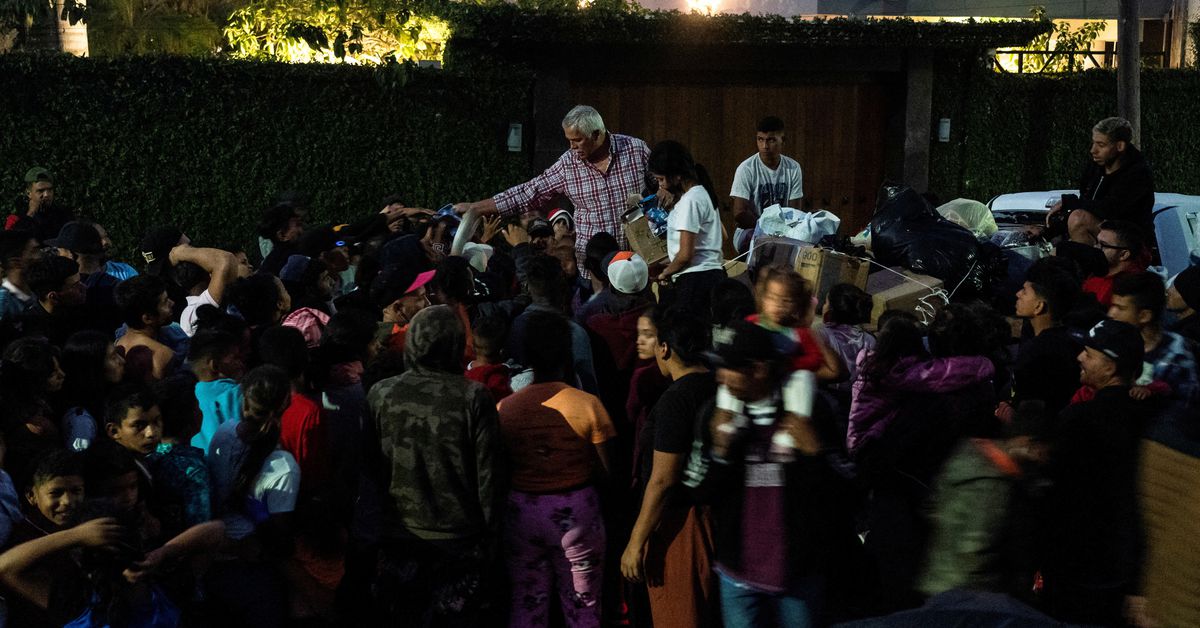 The number of migrants from Cuba, Haiti, Nicaragua and Venezuela caught crossing the U.S.-Mexico border dropped off dramatically from December to January following new rules that expel them back to Mexico, the U.S. Department of Homeland Security said.
U.S. authorities encountered a daily average of just 115 migrants from those countries over a week-long period ending on Jan. 24, down from an average 3,367 in the week to Dec. 11, a 97% drop, DHS said on Wednesday.

The department attributed the decrease to the expansion of a public health order known as Title 42, which was first implemented by Republican former President Donald Trump to combat the COVID-19 pandemic, as well as expanded legal pathways to enter the United States.

On Jan. 5, the administration of Democratic President Joe Biden announced that migrants from Cuba, Haiti and Nicaragua would be expelled to Mexico without the chance to seek U.S. asylum under Title 42. Mexico had previously accepted mostly Mexicans, some Central Americans and, more recently, Venezuelans.

Biden, who intends to seek reelection in 2024, has struggled both operationally and politically with record numbers of migrants attempting to cross the U.S.-Mexico border illegally.

His move to expand the Trump-era program has angered some immigration advocates and Democratic lawmakers who point to his pledge to reverse the Republican's hardline border policies.

Biden's administration has coupled the expulsions with new legal pathways for migrants who enter by air and who have U.S. sponsors. Under the new program, up to 30,000 migrants from Cuba, Haiti, Nicaragua and Venezuela may enter the United States per month with a two-year temporary humanitarian "parole."

About 1,700 people from Cuba, Haiti and Nicaragua have arrived in the United States through the program in recent weeks, with thousands more approved for travel, a senior administration official said on Wednesday during a call with reporters. Venezuelans have been eligible for such entry since October.

The Biden official, who requested anonymity as a condition of the call, criticized the lawsuit as a "stunt" that "will lead to more illegal immigration."
#Donald Trump  #Joe Biden  #COVID-19  #Covid
Add Comment