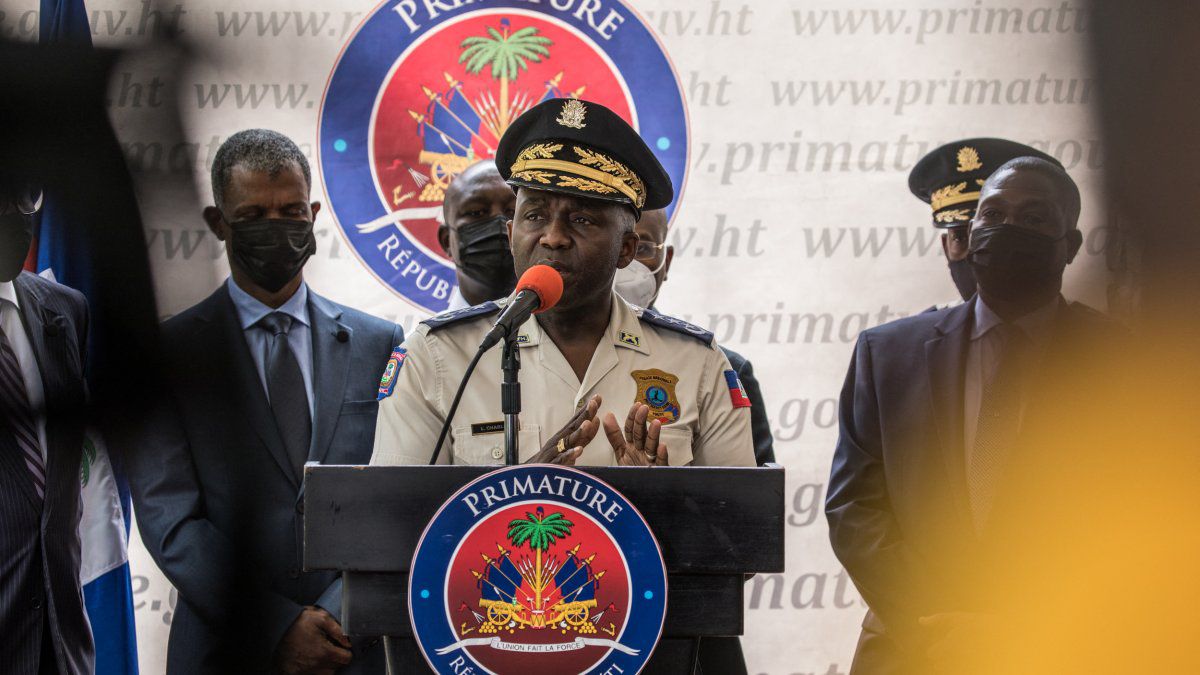 Two policemen and a civilian arrested for the assassination in Haiti

The arrested officers were identified as Bony Grégoire and Cliffton Hyppolite, as announced by the Director General of the Police, Léon Charles, in a press conference, in which he did not specify the reasons for these arrests.

The arrested civilian was identified as Dominick Cauvin, who is suspected of having participated "actively" in the murder planning meetings, especially one that took place at the home of another suspect, Reynaldo Corvington, who is also under arrest.

At the moment, 26 people have been arrested for their relationship with the case, including 18 Colombians accused of being part of the command that perpetrated the attack on Moise's residence on July 7.

In addition, seven police officers have been placed "in isolation" for their involvement in the case, although they are not formally detained, which is three more than in the last official balance.

In total, the Haitian Police have held 45 hearings in the framework of the internal investigation to clarify the role of the agents assigned to Moise's security and have taken precautionary measures against 23 of them, according to Charles.

Previously, the Police had reported that precautionary measures had been taken against the 24 agents who should have been deployed at Moise's residence on the night of the attack, but the police officer did not explain the change in the figures.

In the two days after the assassination, three Colombians died in shootings against the security forces, while the police have issued search and arrest warrants against at least 10 other suspects.

Among the fugitives, the "most dangerous" person is Joseph Felix Badio, who was an official of the Ministry of Justice and worked in the commission to fight corruption with the General Intelligence Service.

"The most dangerous person, who has executed, who followed and commanded the operation is the famous Badio Joseph Felix, whom we are looking for," said the police chief.

Charles also assured that the authorities are looking for the person who financed "this vast operation" and, in particular, they are continuing the investigations into the company World Wide Capital Landing Group, "which collected money to donate it" to Christian Emmanuel Sanon, accused to be the mastermind.

"We know that the operation began with the recruitment of Colombian soldiers in the United States. People came here, a small group, another group came later. This means that money is needed to do all this. Police ties and infiltration: money is needed for that. There are the hiring carried out by (the company) CTU (accused of hiring Colombian mercenaries), which paid people. Everyone must be paid an amount. Contracts have been signed. It means that there is financing," he said.